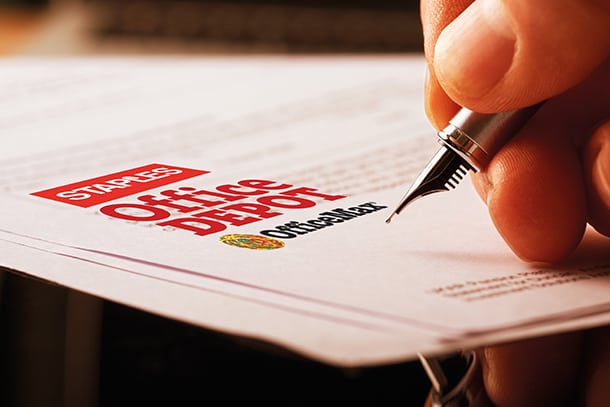 The Australian office products market finds itself in the unusual situation of having its three largest resellers – Officeworks, Staples and OfficeMax – up for sale at the same time. Private equity (PE) group Platinum has agreed to acquire Staples and Office Depot-owned OfficeMax, although the latter agreement in principle may still run into regulatory hurdles. Meanwhile, it also looks increasingly likely that Officeworks will be taken public by its owner Wesfarmers.

That’s a lot of moving parts in a market which has already seen recent consolidation with ACCO’s acquisition of a 100% stake in Pelikan Artline, and wholesaler GNS buying Perth-based WA Stationery Wholesalers and promising more to come.

“Clearly, there are concerns in the Australian office products market at present given the three largest resellers are for sale,” notes Craig Blight, Managing Director of manufacturer and distributor Cumberland Corporation. “Volume decreases in key categories and Amazon on the way, among other things, have the industry a bit spooked. However, moving forward I think there will be more consolidation on both the reseller and supplier sides, which in the end will make the sector stronger.”

With Staples having been up for sale for some time, the agreement with Platinum did not come as much of a shock.

“I was not surprised at all; it appears to be a world and very much OP industry trend at present,” says industry consultant Andrew Penfold. “PE firms have massive funds available to them and would be able to outbid any industry players and/or other local companies. I understand there was some interest by local PE funds but at, I assume, lower multiples. It’s interesting a US fund would be so interested in Australia/New Zealand, and I do wonder whether it may have some type of grander plan beyond these two countries.”

Questions over Platinum’s motives have also been raised by Dominique Lyone, founder and CEO of Australia’s largest independent contract stationer COS. “My main concern is what their time frame and level of commitment to the sector are,” he states. “It is unclear what their agenda is.”

Despite turnaround efforts, Staples’ sales in Australia have reportedly fallen by around a third to A$800,000 (US$606 million) since Staples Inc took full control of Corporate Express in 2010 and it continues to rack up losses.

As Gavin Ward, CEO of dealer group Office Brands, suggests: “Platinum will not have invested to break even or make a loss, so I am hopeful that the process of both Staples and OfficeMax being on the market will bring a new level of sanity to the competitive environment in Australia. I have no doubt that there are opportunities to grow margin here; Officeworks has been doing it for many years, and new management [at Staples] may see this as an opportunity to change the game.”

This is a view shared by Lyreco’s Asia-Pacific Managing Director Greg Liénard, who has overall responsibility for the reseller’s operations in Australia. “I think this [acquisition] is a positive evolution,” he says. “I am certain Platinum will be making sure that Staples goes back to the level of profitability it enjoyed in the past, and it will mean a more professional competitor. I think the whole market suffered from some local decisions taken by Staples in the past three years.”

Liénard also believes there may be an “area of opportunity” for vendors to renegotiate new terms on their global agreements with Staples, which presumably will no longer apply once the Platinum transaction closes. It is something that is hard to judge, however. The search for better profitability might hit vendor margins, as would a Staples/OfficeMax combination if that deal went through.

What Platinum does with Staples in the short term largely depends on the outcome of its bid to acquire OfficeMax. Office Brands’ Ward says this is the “number one issue” facing the PE firm as it “would clearly have the most significant impact on improving efficiency and profitability for both organisations”.

The consensus is that a Staples/’Max merger makes sense. “They’re a great fit,” states Ward. “OfficeMax is strong in New Zealand, Staples isn’t. ’Max is strong in education, Staples isn’t. But Staples has better strengths in the corporate segment. This is a logical marriage and was previously endorsed by the ACCC [the Australian antitrust regulator].”

Liénard agrees. “The deal makes sense from an investor standpoint, combining the two volumes and benefiting from synergies that are potentially even bigger in a vast market like Australia. Nevertheless, the integration of these two entities down under will be a long and very difficult process. We know how complex it is already for experienced industry players to integrate and it will not be any easier for Platinum.”

“I would think it makes perfect sense,” adds Mark Gartner, owner of distribution business Lectronic Trading. “A larger critical mass and cost rationalisation may go a long way to sorting out their profitability issues. I understand there are rumblings as to whether the ACCC will give it the go-ahead, but I can’t see that a lot has changed since it was previously given the nod.”

Lyone, meanwhile, is less than enthusiastic about this PE involvement in the market. “If [Platinum also succeeds in acquiring OfficeMax] then we are all in trouble – vendors, resellers and customers alike,” he warns. “Private equity firms are here to maximise profits in a short period of time. Staples and OfficeMax coming together, along with ACCO’s acquisition of Pelikan in 2016 and a fall in the Australian dollar of 25% over the past two years… of course I am concerned.”

Cumberland’s Blight remains optimistic, however. “I’m not so sure it’s all doom and gloom,” he says. “I think there are emerging categories which will help the industry prosper in the future. Other sectors (cleaning, packaging, etc) may suffer as our industry puts in more effort towards selling these categories. The office products industry is in a much better position than others to build business in new adjacencies and to prosper.”

If Platinum fails in its efforts to acquire OfficeMax, the challenge will be significantly harder, suggests Ward. “They will need to bed down the existing operation, cut out any excess if possible and then focus on those weaknesses. There is potential, but the task of generating the types of profit normally sought by PE firms will be a challenge. I do see that this will create opportunity for the rest of the market though.”

It would also raise questions about the future of OfficeMax. Lyreco would be a potential suitor although, understandably, Liénard declined to comment on that particular topic.

With the ACCC set to investigate a Staples/OfficeMax tie-up and the future of Officeworks still to be decided, it means continued uncertainty in the market. As Ward remarks: “I believe such takeovers inherently create instability in companies and the loss of good people and intellectual property. I have no doubt this will create opportunity for our members and particularly players like COS.”

Stability has been a key factor in Officeworks’ impressive performance over the past few years. “It is a wonderful example of the benefit of a consistent strategy,” says Lyone. “Officeworks is focused on a clearly-defined customer segment and is doing the operational basics well.”

Will Officeworks be destabilised after a change of ownership? And how long will it take Staples and OfficeMax to set themselves on a consistent and profitable course assuming for a moment that the deal gets regulatory approval?

For a closer look at the potential challenge to a merger of Staples and OfficeMax in Australia, see the recent article Could Australian regulators scupper mega office products merger? 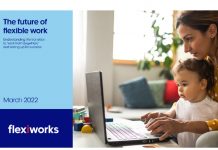 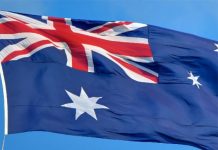