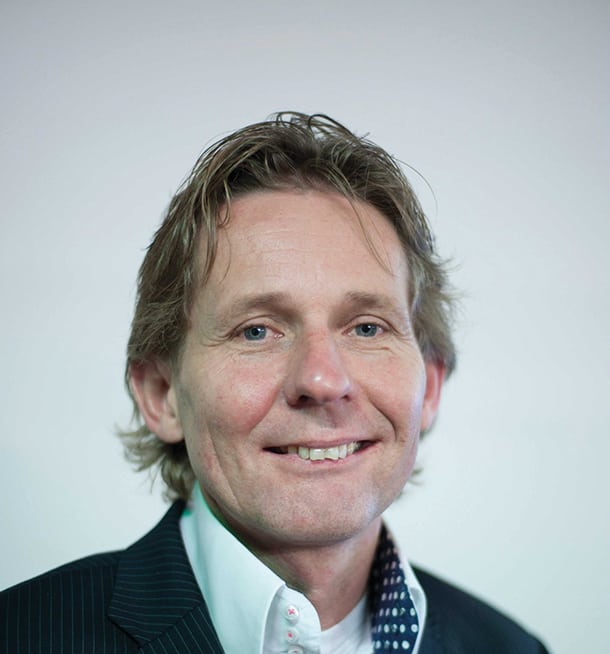 We’re all well aware that we operate in a declining market, that digitisation is relentless and that, if we’re not progressive and up our game, we’re in trouble. So here’s to another year and another chance to get things right and make an impact.

But how do we do that when the odds are seemingly stacked against us, particularly the smaller operators that often neither have the resources nor the expertise to make themselves heard?

To my mind, the opportunities to grow for independent office supplies dealers in Europe are huge. You only have to take a look at what happened to Staples and Office Depot in Europe to see that there’s plenty of scope for the smaller players – now perhaps more than ever. But they have to start thinking ‘big’ and collaborate more and better.

Flaunt what you have

It all starts with branding and drawing attention to what you do well. Take Amazon as an example: its proposition is not so very different from that of a conventional OP reseller. Perhaps my home market of the Netherlands is a bit different from some other countries in Europe in that digitisation is already really important and intense here, more so than in markets like Germany, Austria, France or Spain, for example.

But in essence, Amazon ships the same office products at similar prices and conditions as the traditional OP dealers. Yes, they have a better online platform and everybody is giving them credit for this, but even those OP e-tailers that have a good set-up do not perform as well as Amazon. Why is that?

Branding. Amazon is great at it. The press is eating out of their hands and constantly puts them on a pedestal. Ask yourself this question: what perception do customers have of independent OP dealers versus Amazon?

I’d hazard a guess it’s quite often a negative one. For instance, we often refer to independent dealers as “traditional OP players”. Just by saying that, we subconsciously put ourselves in the losing team. It’s like asking the customer: do you prefer old and staid or new and innovative? What is the answer you are most likely going to get?

And what is the perception customers have of Amazon in terms of assortment, price, service, experience and accessibility? By the same token, what is their perception of their office supplier’s – past or present – assortment, price, service, experience and accessibility? Do these perceptions actually match reality? I am confident that the customer’s perception gap is vastly bigger that the reality gap. Because of branding…

Our job at Quantore – but the same essentially applies to all channel participants, wherever they are in the world – is to brand ourselves as part of a vibrant industry and to create a really positive customer perception. How do we do that?

With the help of the press, Amazon has been creating a ‘self-fulfilling prophecy’ of a winning team that everybody wants to buy from. And the ‘traditional OP industry’ helps to fulfil this prediction by failing to reduce the perception versus reality gap and – like I said – by putting themselves in the shoes of the losing team.

Independent dealers – through their dealer groups and/or wholesalers – can be a big voice in their market. Quantore, for example, is the number two in the Dutch market in terms of combined dealer size, but historically we haven’t always promoted one big, cohesive message. This is changing. One big branding message and much much better communication are key.

Everybody in the industry knows that independents are really strong locally – much more so than an Amazon will ever be – but what is lacking is an alignment to a strong, national brand and some good old-fashioned PR and exposure. What our biggest B2B dealers want the most, for example, is for their wholesaler, with its private label brand – Quantore – to engage in a large national television campaign. We have to flaunt what we have already.

But we also have to communicate new and innovative ideas and services. Amazon has been doing that with a number of initiatives. Think of their drone deliveries that have been talked about for years – and they’ve only just begun to enter the test phase. It’s a PR initiative, but it’s certainly done nothing to damage Amazon’s image.

So let’s make some noise and be on the winning team.