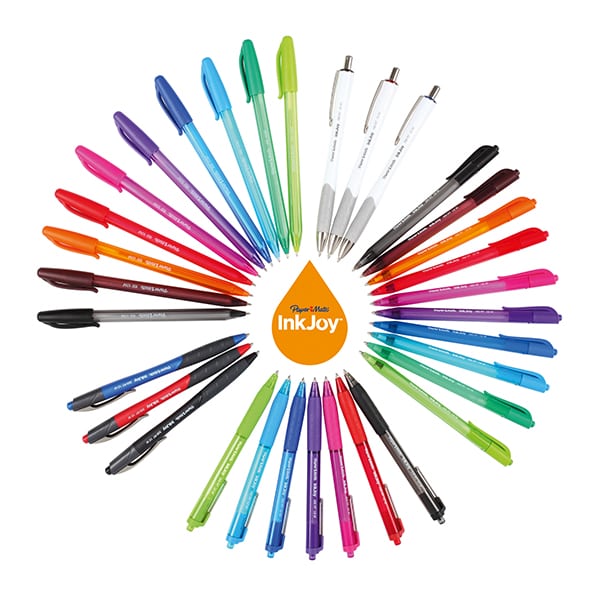 It’s not difficult to understand that without the invention of the humble writing instrument the world would have been a poorer place.

Can you imagine the cultural and historical gaps existing had we never been able to read the works of Shakespeare, the witticisms of Mark Twain or the wartime words of Anne Frank – all of which were penned with the writing instrument of those individuals’ respective times? It is this reference to history and creativity that manufacturers and resellers of pens, pencils et al must continue to underline as they design, sell and distribute items around the world.

Chris Leonard-Morgan (pictured above), organiser of this year’s UK National Stationery Week and the annual London Stationery Show, says that writing instruments continue to be “closely linked with social etiquette and education”, arguing that demand for stationery in the home is still strong, even if it appears to be dwindling in the traditional office space.

“Stationery is going from a ‘need’ to a ‘want’ category, thanks to the influence of good design, colour and fashion – design and innovation from manufacturers will increasingly drive writing instrument sales in the future,” he explains. “It’s where fashion meets function. The future’s bright, especially for fountain pens.”

And there is data to support his assumptions. Market research group GfK Retail & Technology indicates that ballpoints, mechanical pencils and fountain pens were the leading growth product areas for online sales in November 2012.

Says GfK Account Manager Sarah Wheeler: “Online’s been growing in the stationery markets for a number of years. Comparing November 2012 to the same month in 2011, it experienced an 18.7% value growth. Fountain pens saw a value growth of 166.5%, driven by the increase in average selling price.”

NPD Group research referenced in the Saved by the Bell feature published in November’s issue of OPI also shows that online sales of writing instruments in the US continued to grow during the crucial back-to-school period. Resellers around the world, it seems, are trying to balance a rise in digital sales, with the lower growth or decline in sales via physical stores.

Leonard-Morgan is hoping that a campaign called Get Britain Writing, which will run alongside his events this year, will raise the profile of the category. With tablet devices set to become an even more prominent feature of the B2B and B2C landscape this year (the International Data Corporation estimates that 172.4 million tablets will be shipped around the world next year) major drives to promote writing will be vital to keep traditional methods of communication in the limelight and convince people that staying in touch with friends and family does not always have to involve the touch of a screen or button.

Indeed, German pen vendor Schneider says the advent of digital technology is influencing traditional writing, and has an impact on the design of writing tools themselves.

Managing Director of the company Frank Gross explains that this is exemplified by writing instruments being increasingly used for short notes and signatures. “In this context, product characteristics such as the immediate start of the ink flow as well as a smooth and easy writing feel are becoming more and more important,” he remarks.

It’s not a case of having to choose between one or the other for Leonard-Morgan either, who argues: “It may make for good copy for the media but it’s disingenuous to suggest that it’s a question of either smartphones and tablets or pen and paper. The fact is most people use both – you only have to look around you or on exhibition stands!”

Offering some further thoughts on the current health of the sector, Mark Knibbs, Sales and Marketing Director at Pilot UK, suggests that success in selling writing instruments will come from tapping into the emotional attachment many people already have with these products. For famous writers throughout history, the way they wrote is part of their identity – and he argues that it’s the same for the general public.

“What people write with is an emotive topic,” Knibbs notes. “Handwriting is a bit like your fingerprint and everyone has an opinion about writing instruments. There’s also a lot of brand and product loyalty.

“People have a favourite pen and it’s up to us to ensure that it’s our products they select. We need to introduce new products they’ll favour.”

Modern writers, such as American Gods author Neil Gaiman, have been on record in recent years extolling the virtues of fountain pens, dispelling some of the myths that today’s publishing is solely a keyboard-led exercise. Whether it’s through national campaigns, tapping into people’s seemingly strong attachment to specific brands or by generating fresh design ideas, the writing instruments industry can continue to prosper in a technology-laden society.

A recent study by Penfold Research into the OP market in Australia found that writing instruments fare well in terms of brand recognition. Some 1,100 businesses, households and OP dealers were asked to name three OP brands, with two of the most popular responses being Bic (second) and Staedtler (seventh). The report said: “The strength of the writing instrument brands in this survey has been quite stunning. Since our previous survey in 2009, brands that have shown noticeable improvement in awareness are: Bic, Marbig, Staedtler, Papermate, Artline and Post-it.”

Frank Gross, Managing Director of Schneider Pen in Germany, says the overall writing instruments market “cooled down” in 2012 and noted an “increasingly difficult” B2B environment – a trend reported by a number of European companies last year. “According to forecasts for many branches of the economy and regions, no significant growth can be expected for 2013,” he states. “However, we expect a stable overall market, based on the sales volume. For our company we expect further gains in 2013.”

National Stationery Week in the UK will run from 22-28 April 2013, and one of its key areas of focus is to encourage the nation, especially young people, to start putting pen to paper.

In the build-up to National Stationery Week and during the seven-day period itself, there will be a drive on social media to highlight the benefits of picking up a pen and putting thoughts on to paper. The Twitter hashtags #GetBritainWriting, #LoveStationery and #StationeryAddict will be used to raise the profile of writing and encourage children and adults to rediscover the joy of using pens and pencils – not just keyboards and touchscreens. 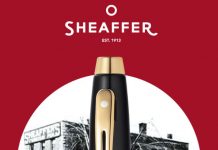 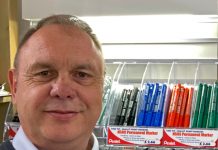 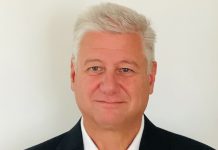