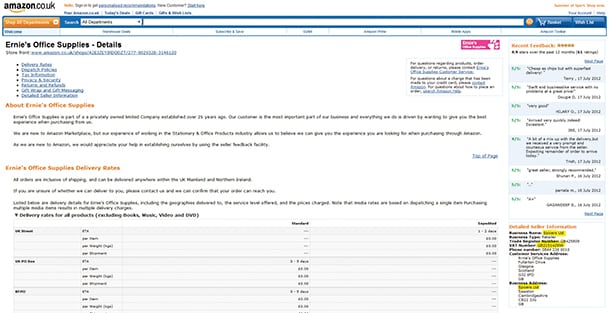 While the UK was gearing up for the Olympic Games in July, Alan Ball, CEO of Spicers UK & Ireland, had a personal marathon to compete in order to convince his independent reseller partners that the wholesaler wasn’t selling direct to end-users.

At the centre of the controversy was a webstore called Ernie’s Office Supplies that had been set up as a vendor on the Amazon Marketplace in the UK. The seller information page did not hide the fact that the webshop was operated by Spicers UK (described as a “retailer”). A customer service telephone number took callers to an automated message saying “Welcome to Spicers”, and the Spicers VAT number was also provided. Surely all this pointed to a Spicers direct e-commerce operation in the vein of VOW’s Caboodle business?

But appearances, it seems, can be deceptive, and Ball was quick to respond to OPI’s request for details by strongly denying that Ernie’s was selling direct, although he admitted that the concept could cause confusion amongst dealers.

“The fundamental part of any business relationship is who you pay,” said Ball. “In all cases [with our Amazon presence] the end-user pays Amazon and [in the case of Ernie’s] we have no relationship [with customers] except for the delivery.”

Ball also confirmed that it was Amazon that sets the prices on the Ernie’s webstore and that Spicers invoiced Amazon directly, not the final consumers.

The CEO likened the model to Spicers’ dealer distribution centre model which ships millions of pounds of supplies to end-users every year.

Ball said that dealers needed to understand the Amazon selling model in order to realise that Ernie’s was not a direct operation, but represented the first tier in Spicers’ trading relationship with Amazon.

He said that there were three ways of doing business with Amazon: trialling of products to see if they will sell in sufficient volumes to warrant bulk purchases; bulk deliveries to an Amazon warehouse; Amazon buying direct from the manufacturer.

The relationship that Spicers has had with Amazon for the last 18 months or so has essentially involved the last two points: bulk shipments of products that brought in sufficient volume for Amazon to stock, followed by loss of sales as Amazon then switched to purchasing direct from manufacturers.

Ball cited the example of the business machines category where Spicers lost “significant” sales after Amazon moved from sourcing with Spicers to dealing direct as volumes increased.

The reason for Ernie’s, he said, was that Amazon wanted Spicers to trial lower volume products to see if they could then be taken in bulk. When volumes were sufficient to warrant bulk purchasing from Amazon, then products would “drop off” the Ernie’s site and be delivered directly to an Amazon warehouse. Ernie’s, therefore, is essentially a “feeder site”

Regarding customer service being handled by Spicers, Ball said that this was no different to other large customers or even dealers that outsourced it to the wholesaler.

Despite initial alarm about the Ernie’s store, it appears that Spicers’ customers accepted Ball’s case for the defence. This may have had something to do with a pricing comparison carried out by one dealer group that discovered that Ernie’s prices were almost 20% higher than dealer prices.

Still, Ball didn’t hesitate to take up an offer from dealer Don Ruffles which is now fronting the site. The basic concept from Spicers’ point of view hasn’t changed. In fact, Ball pointed to the fact that six products which started out on Ernie’s have now been taken in bulk by Amazon in the space of just a few weeks. The main changes are that the Spicers name has now gone from the site and that Don Ruffles can increase the product selection that is available.

One benefit to dealers out of all this has been that a number of them have been able to tap into Spicers’ experience and establish a foothold on Amazon’s Marketplace.

“Spicers will continue to not only support Amazon in its venture, but will continue to develop a solution for our dealer partners to challenge and embrace this developing technology,” Ball concluded. 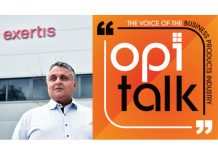 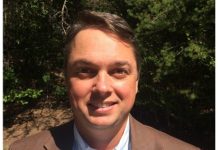 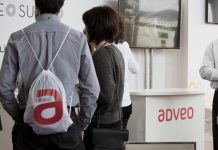