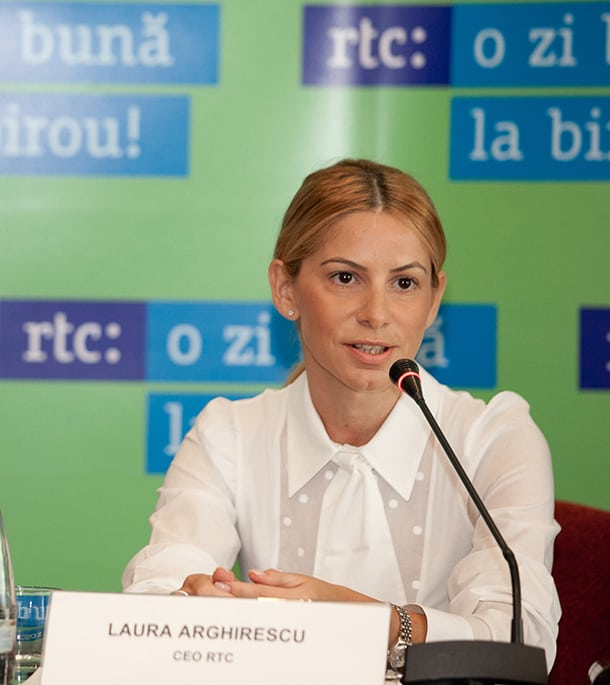 Calling 2010 and 2011 tough years for top Romanian OP reseller RTC Proffice is probably an understatement. The company was caught up in the cash flow and debt problems of parent group RTC Holding, culminating in a sell-off to Swedish investment firm Oresa at the end of last year.

Speaking to OPI recently, RTC Proffice CEO Laura Arghirescu admitted that the reseller lost a number of customers due to a lack of product supply brought on by the cash situation, although many large firms did remain loyal as RTC worked hard to provide good customer service.

Two of the most important contributions from Oresa have been an investment of about h7 million ($8.6 million) for product stocking, and the rescheduling of debt payments to RTC’s banks. The company can now maintain a permanent stock worth over h2 million – which allows order fill-rates of 99.9% – while a three-year debt reimbursement plan has been agreed with banks. Other investments have been made in the senior management team and on expanding the sales force.

The RTC name was acquired as part of the buy-out, and market research revealed a positive reputation for RTC and a high level of brand awareness. This was central in maintaining the RTC brand name as the reseller underwent a brand repositioning recently, adopting a new tag-line which translates as ‘A good day at the office’.

Although RTC is in a healthier financial situation than it was 12 months ago, there are still pressures on growing the top line in a market which has not been on a positive trajectory in the last few years. Sales are expected to at least match last year’s figure of h28 million as RTC looks to claw back lost business and win new clients with a one-stop-shop approach that it has been able to develop thanks to a broader range of products.