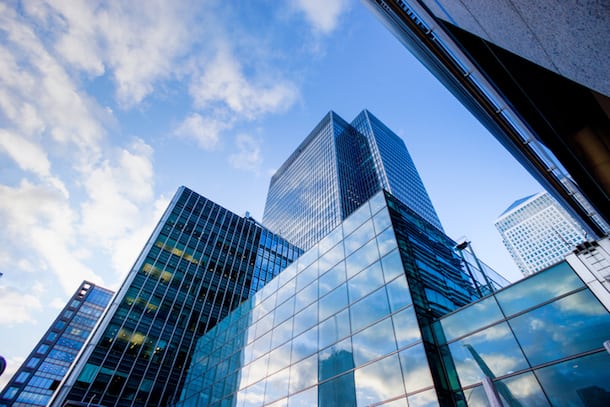 All businesses across London have been warned about probable disruptions during this year’s Olympic and Paralympic Games, ranging from staff having trouble travelling to and from work, slower than normal internet connections and problems making deliveries (30% of London’s road network will be affected).

It is this last point which is probably most relevant to the office supplies sector, based as it is on a service level model that promises next-day and even same-day delivery.

Leading London independent dealer RED BOX has been proactive with its customers, contacting them on several occasions about the possibility of offering alternative delivery schedules during the Games.

“Firstly, overnight deliveries; secondly, the possibility of placing a forward order so that customers would hold more in stock; and thirdly just to basically keep doing what we normally do, with the proviso that orders may be delayed due to the heavy traffic and road closures.”

Interestingly, most customers have adopted a ‘we’ll risk it’ attitude and have asked RED BOX to maintain its regular delivery pattern. Christiansen admits that he was a little puzzled by this reaction, as it seems to suggest that, in the end, customers are not that concerned whether their supplies arrive the next day or not.

This leads into the question of whether 24-hour delivery is a desirable thing, or whether, in light of the environmental impact of transporting products, customers should accept longer delivery times.

Christiansen says RED BOX has had this conversation with its customers and some have bought into the idea while others have not.

“We’re still chewing up the same amount of fuel and energy, and it really only becomes ‘green’ if we can reduce the number of vans by, say, 10%.”

Christiansen argues that the really important thing for a supplier is to take every feasible step to minimise its impact on the environment and, more broadly, to ensure that there is a proper corporate social responsibility (CSR) ethos within the organisation.

RED BOX has reduced its carbon footprint “significantly” by deploying Mercedes Eco-Start delivery vans, and has also promoted staff engagement with ‘ride to work’ schemes and by encouraging salespeople to use public transport wherever possible.

On the wider CSR side, Christiansen feels strongly that, as a member of the London community, RED BOX should “put something back”, hence a strategic relationship with The Big Issue, the foundation which supports homeless people.

A group of RED BOX employees recently slept out in the Waterloo area of London, raising over £600 ($940) in the process, and in July members of the dealer’s sales team will accompany a Big Issue vendor for a day to discover what it’s like to sell magazines on the streets of London.

It’s been six years since Australian Christiansen and two partners led a private equity-backed management buyout of The London Graphic Centre. In that time the group – which now comprises RED BOX, the RED SPACE commercial interiors business, London Graphic Systems (LGS) and the London Graphic Centre – has grown annual sales from £14 million to around £24 million at the end of the most recent financial year.

This has been achieved through a combination of acquisitions (seven so far on the office supplies side) and organic growth in what Christiansen describes as a “buy and build” strategy. With fresh private equity investment recently sealed, he is confident that further acquisitions will be completed in and around London, and the goal is to expand RED BOX and RED SPACE into a £35 million business in their own right within the next five years.

Organic growth in the 12 months to the end of March was around 2%, not a bad performance considering the depressed state of the UK economy. Christiansen says this growth is largely due to expansion into adjacent categories and services such as furniture, jan/san and managed print services (MPS).

The company has had a long history in the copier/print space, so it is perhaps not surprising that it has developed an MPS offering. In fact, LGS – which serves creative media companies – has had a form of MPS for some time, and this was extended to RED BOX customers last year.

With MPS such a buzzword at the moment, Christiansen has a word of warning for dealers looking to offer this type of solution.

“MPS is not something you can do part time,” he states. “It’s a specialist sales process. It requires a lot of analytics as well as a strong understanding of the implications of change for the customer on a number of different levels.

“It’s a very different sell than selling contract stationery and my big fear is that a lot of people enter into it half-heartedly.

“That could be very costly for them because it’s a distraction from their main business without reaping the rewards of what an MPS contract can do.”

Having said that, Christiansen recognises that with around 40% of a dealer’s sales typically coming from EOS products, their bread and butter business is under threat from MPS contracts. Dealers will either have to take the plunge or modify their business model as a large chunk of their revenue starts to disappear.

RED BOX is also enjoying success in other categories such as jan/san and breakroom products, which grew by about 25% last year for the reseller. Christiansen is encouraged by the potential to develop these types of categories and other services still further in the UK market.

“If you look at some of the decent mid-sized office products dealers in the US, they are probably three to five years ahead of us in terms of selling a range of services to their customers,” he notes.

“In the cluttered UK market where the core office supplies business is not growing, our view is that the best way to grow – while still looking to win new office products customers – is to be able to offer a different range of services to our existing customer base.”

As with MPS, Christiansen says that categories such as office coffee need to be addressed thoroughly.

“If you’re going to do it, you, as the office products dealer, are the one who has to then go out and recruit the sales people, recruit the support people, package up the product offering, and so on. If you just rely on someone else to do it, then I just don’t believe it’s the solution. You may have a modicum of success, because of existing customer relationships. But it’s a stop gap – to make it a significant product category I think you have to really connect to it.”