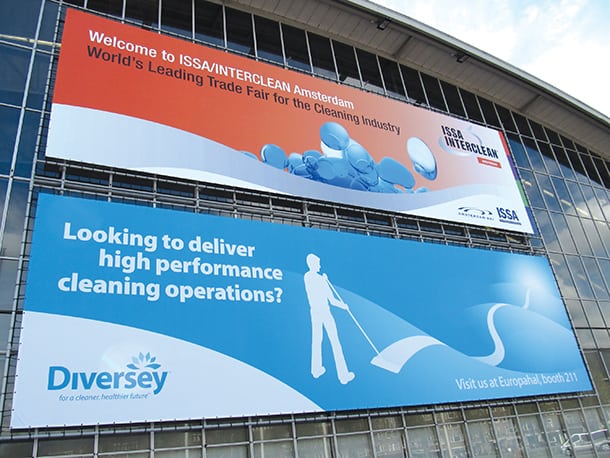 In recent years the OP community has witnessed impressive sales growth in jan/san, facilities management and cleaning products, with these categories often bringing brighter and shinier business opportunities than some of the dustier traditional categories.

Last month, US wholesalers United Stationers and SP Richards both reported double digit year-on-year sales increases in this area of their operations, while resellers such as Staples already publish catalogues dedicated to facilities ranges.

The exhibitors that OPI spoke to at ISSA/INTERCLEAN – which took place between 8-11 May at Amsterdam’s RAI convention centre – could essentially be divided into two camps: those already operating in the office channel and those that expect to do so in the future.

Businesses such as Kimberly-Clark Professional, Rubbermaid Commercial Products, Sofidel, Metsä Tissue and SCA Hygiene are already fully ensconced in the OP channel, while the likes of air-care and washroom products manufacturers Vectair Systems and Brightwell are actively looking to build on their initial success in the sector, fostered through relationships with UK wholesalers VOW and Spicers.

Since last summer Kimberly-Clark Professional has been running The Healthy Workplace Project, which aims to educate facilities and office managers about how to eradicate harmful germs in the workplace and implement hygiene products.

Donna-Marie Treanor, End-User Marketing Manager at Kimberly-Clark Professional UK and Ireland, says it is important for manufacturers to offer a service alongside product development. More workers eating at their desk and staying in work longer has heightened the need for maintaining cleanliness and the provision of sanitary equipment.

“The future of business involves educating customers and engaging employees. We want to highlight the role workplace hygiene plays in reducing absenteeism,” she states.

This message is broadcast through various marketing literature, but also by the firm’s dedicated Wellness Consultants who head to offices – often alongside OP resellers – to explain best practice in this channel.

Italy-based hygiene and paper products manufacturer Sofidel is also looking to launch new products into the office channel, including its new Bio-Tech Papernet range of toilet paper and hand towels. The range could soon be a part of OP resellers’ jan/san offering. Negotiations are ongoing with the relevant players.

Fabio Vitali, European Marketing Manager, remarks: “It’s a hygienic product that is generating more value for users, including offices. Not only is it decreasing the risk of bacteria forming, it is less expensive in the long term. It is changing the perception of toilet paper.”

While the largest companies in the industry are already reporting significant benefits from operating with leading OP businesses, other players in the sector aim to explore similar partnerships.

Vectair Systems’ Export Sales Manager Martin Burlingham, who bridges the gap between the two sectors having worked on the commercial teams at Staples and Kimberly-Clark prior to assuming his current role, says he is in “no doubt there’s an opportunity” for mutually beneficial relationships between cleaning and OP firms. But he feels there is still significant learning required before this partnership can develop further.

“Selling cups, washroom equipment and hygiene goods is based on relationships,” he says. “The big boxes are looking for products they can sell easily. At present, lots of people in our industry aren’t focusing on the office channel, but off-the-shelf products can kick-start the relationship between the sectors.”

One such range is Vectair’s V-air odour control system, which is listed in UK wholesaler VOW’s catalogue and is an “easy to implement” item, according to Burlingham. For a cleaning firm just beginning its OP journey, the success of products like this will dictate future adventures.

Meanwhile, some exhibitors are working with resellers to develop exclusive products that can be own-branded with ease. OPI understands Georgia Pacific’s Lotus Professional brand has teamed up with Staples to create a hygiene product in time for next year, and it would seem there is huge potential for similar relationships between other industry players to evolve in the months ahead.

UK-based businesses Hygiene Vision and Evans Vanodine – both manufacture products that would fit comfortably in the OP channel but do not distribute in the sector yet – summed up the attitude of many exhibitors at ISSA/INTERCLEAN.

Mike Adams, Sales Director at Hygiene Vision, said that selling through the OP channel was perhaps one for the future, while Roger Hulme, Sales Manager of European Markets at Evans Vanodine, admitted his company needs to learn more about the market before entering it.

However, OPI did meet some companies that seemed largely unaware of the OP channel’s potential for boosting their bottom line. ISSA’s Director of European Services for EMEA Keith Baker agrees that there are some cleaning firms that must broaden their horizons.

Baker believes there is only so far that cleaning companies can sell into their own industry, and they must investigate new avenues – much like the way OP companies have adapted their businesses to ensure they are selling relevant products in a fast-changing marketplace.

“Our members are becoming increasingly aware of the potential of the office channel,” he states.

But he warns that as the category develops and more cleaning items are stocked by OP resellers there will be new hurdles to jump.

“When OP expands into larger built products, they could run into difficulty meeting the array of regulations that come with selling cleaning equipment,” he explains. “Inevitably, larger cleaning items will appear in this channel, but with that the expectation of meeting new regulations increases too.”

The ISSA/INTERCLEAN series moves on to Chicago, Illinois, Mexico City and Warsaw, Poland over the next year, but returns to Amsterdam between 6-9 May 2014.

It’s hard to predict exactly how important jan/san will be to OP by that time, but judging by the huge potential the cleaning profession clearly sees in the relationship, it wouldn’t be a surprise if in 2014 it is even more integral to office resellers’ sales growth than it is today.

Figures released shortly after the show had closed indicated that ISSA/INTERCLEAN Amsterdam 2012 was the largest in its 24-year history.

Rob den Hertog, Manager of ISSA/INTERCLEAN, praised the “quality and quantity of visitors” over the four days, with the attendance of 28,001 up by more than 4,500 since the last edition of the show in 2010. Exhibitor numbers also increased from 651 to 669. 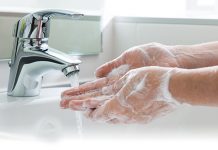