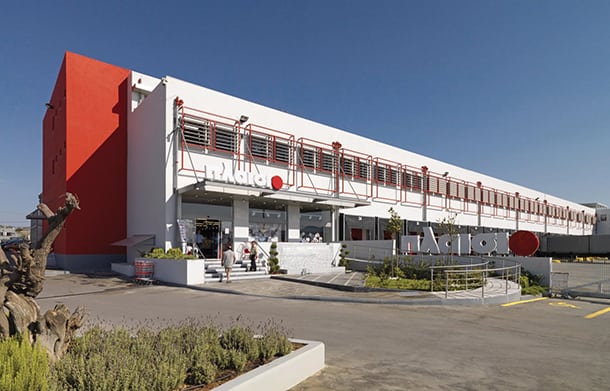 Increasing EBITDA by 22% and pre-tax profit by 75% is good in anyone’s book, but achieving that in the context of the Greek economy is impressive.

But that’s what leading Greek IT and office supplies reseller Plaisio managed to do last year despite seeing its top line fall by almost 13%.

The 12.8% sales decline to around 1312 million ($412 million) sounds dramatic, but Plaisio CEO George Gerardos says that this still points to a strong increase in market share.

Sales in Plaisio’s IT and consumer electronics category (59% of sales) fell about 17% in 2011 compared to an overall market decline of about 23%, according to Gerardos.

He says data for the office supplies side (30% of sales) is sketchier, but estimates that the market fell by around 20% last year versus a decrease at Plaisio of just 7.6%. He points to a number of reasons for this continued success.

Firstly, after four years of recession, the competition is shrinking and becoming weaker.

For example, French chain FNAC closed its stores in Greece at the end of 2010, Metro shuttered its Saturn stores last year and restructured its Media-Markt format, and Dixons – which operates the Kotsovolos chain in Greece – has been having its own problems.

Secondly, while others have cut back, Plaisio has continued to invest and consolidate its leadership position. Its 130 million management and logistics centre is a good example, bringing all administrative and distribution activities into a single location with state-of-the-art warehouse management systems.

There has been no downsizing of stores, either. Plaisio’s 21 stores range from 500 sq m (5,000 sq ft) to 2,500 sq m and are a cross between a traditional office supplies superstore and a consumer electronics store, covering the needs of a modern office with supplies, consumables, telecoms, furniture and IT.

Retail accounts for about 68% of Plaisio’s total revenue. A further 25% comes from its direct B2B operations while online sales represent around 7%.

Another key factor is that Plaisio has harnessed a rare and valuable commodity in any economic crisis: confidence. Suppliers want to do business with the company, and customers trust its products and service. This can be put down to a strategy initiated a few years ago built around two pillars: cash and profitability.

“We identified cash flow as the main issue,” said Gerardos, “and we have been able to increase our available cash resources significantly by reducing inventory and accounts receivable.”

This has had a positive knock-on effect on the second key element of profitability. Having available liquidity to pay suppliers in cash has enabled Plaisio to negotiate more favourable terms, thus increasing gross margin.

As part of the Interaction alliance, Plaisio offers the Q-Connect brand to retail and B2B customers and has seen double-digit increases. It also offers its own brands Turbo-X (computer products), @work (consumables) and Sentio (accessories), sourced direct from manufacturers.

Gerardos also underlines the quality of these products and the attention that has gone into product selection, packaging and merchandising. The products also receive strong after-sales support. Plaisio now has around 150 technicians focused on customer service and sees this as a strong competitive advantage.

With elections coming up in Greece, Gerardos is unsure what the future will hold, but says the country needs a strong, stable government to fix public sector deficiencies.

This is out of Plaisio’s hands, but Gerardos says the company will continue to focus on the areas that it has been able to control in the last few years.