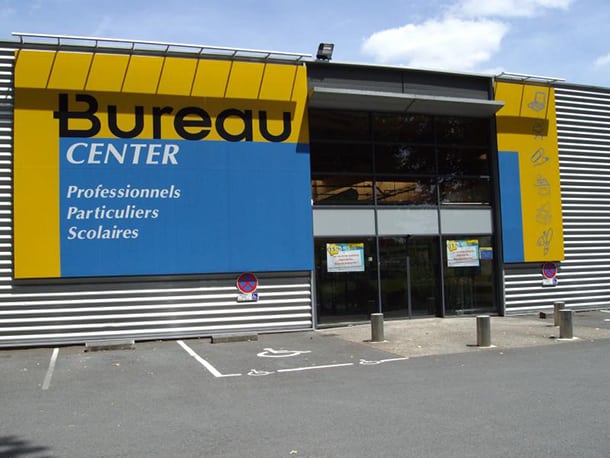 There seems to be no stopping the growth of locally-owned office supplies superstores in France at the moment.

At its annual members’ meeting in March, purchasing group Rouge Papier announced that it had signed a partnership with the owner of the Bureau Center franchise chain to jointly develop the concept across France.

The deal brings together two fairly new actors in the French office supplies and stationery sector.

Rouge Papier, founded in 2003, is the youngest of a number of national purchasing groups which include Majuscule, Buro+ and wholesaler Spicers (with its Plein Ciel and Calipage brands).

It is the reseller brand of national wholesaler RP Diffusion, which itself is part of the 1’Dis wholesaling operation run by distribution powerhouse ADF group. ADF is also a subsidiary of Imperial Tobacco – which supplies tobacconists, petrol stations, newsagents and other local stores.

Young it may be, but the growth of Rouge Papier has been impressive. It added 50 new members in 2011 to end the year with 435 Rouge Papier-branded outlets and also reached a distribution agreement with the Chapitre bookstore chain. In addition, it has around 150 ‘Espace Rouge Papier’ stationery corners in independent bookstores and newsagents – mainly existing RP Diffusion clients – a concept which it launched last year.

Speaking at the March members’ meeting, Rouge Papier General Manager Joël Recher said the goal was to have 1,000 reseller members by 2015.

Bureau Center has a more modest history, however. Founded in 2000 by Claude Angibaud, it has 15 stores mainly located in the west of France, the region close to the base of Angibaud’s Bureau Moderne business.  Angibaud owns six stores himself and the other nine are run by franchisees. It is a number which has hardly moved in the last three years – partly due to the economic crisis – but it also coincides with the date when former investor/partner Majuscule  pulled out to focus on its core market of stationery and school supplies.

Angibaud told OPI that this had meant adapting Bureau Center’s systems to a new supply and ordering model based on direct purchasing from suppliers.

Now he sees a more dynamic future for the Bureau Center brand.

Unlike the former arrangement with Majuscule, the tie-up with Rouge Papier is purely commercial and does not involve Rouge Papier taking a stake in the business, Angibaud said.

“Rouge Papier currently has a B2B offering and a local store network which is limited to town centre locations of between 150-300 sq m (1,500-3,000 sq ft), and now we bring our superstore concept to the table. It also combines Rouge Papier’s sales and logistics capabilities and our retail and merchandising expertise.”

“In provincial towns it is difficult to survive if you don’t have several strings to your bow, and the agreement now provides the opportunity for a true multi-channel offering,” argues Angibaud.

The aim of the new partnership is to open 35 further superstores by the end of 2015.

“There is no reason that a member can’t have a smaller town centre store and then a superstore,” says Angibaud. “In urban areas of at least 100,000 inhabitants the two outlets are not in competition with each other.”

The expansion of the Bureau Centre store network comes as the office superstore concept in France continues to develop.

Bruno Peyroles’ Bureau Vallée group is the best example with now over 200 stores, while Buro+’s Hyperburo chain is on a growth strategy.

Angibaud says the market is not saturated and still lacks a dominant country-wide player. Office Depot is the only global  with a retail presence in France – while Depot’s stores operate successfully in France, its 53-strong network means there is plenty of opportunity for local players.