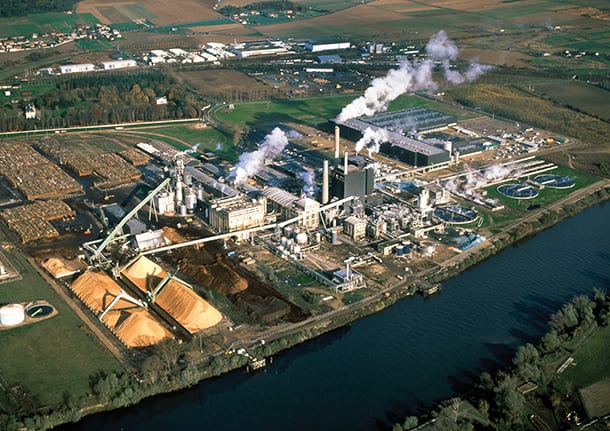 "The weak economic environment in Europe and slow economic growth in North America, along with an ongoing secular decline in paper consumption in most developed markets, are driving down demand."

Judging by the above comments on the global paper industry made by Ed Sustar, VP and Senior Credit Officer at Moody’s Investors Service in Toronto, paper manufacturers face some serious challenges over the next few years.

Sustar’s views, recently reported in Canada’s Financial Post, came as Moody’s predicted that the global paper and forest products industry remains a significant risk for investors, and those operating in it will face earnings pressure if machine and mill closures do not keep pace with a worldwide decline in demand for the material.

The operating incomes of some of the main players in the industry will continue to fall in the next 12 to 18 months, he added, and it appears companies are realigning accordingly.

Against this backdrop, French manufacturer Metsä Board, formerly known as M-real, recently finalised the closure of its Alizay mill in France, which resulted in the loss of 330 jobs and the Evolve brand being discontinued. The move also means the company’s annual production of uncoated fine paper will fall by 310,000 tonnes.

CEO Mikko Helander said at the time that the move was made in an effort to eliminate the losses in its paper business, and the closure also coincided with the company changing its name in recognition of its more concerted focus on the financially healthier paperboard category.

Meanwhile, in January this year M-real sold the Premium Paper business at its Reflex mill in Germany, providing yet further proof of manufacturers’ changing requirements and revised strategic plans.

Stuart Andrews, Director of consultancy Sustainable Options, told OPI that mills and stockists need to “sell smart to keep the industry in good shape”, but also suggests that the industry is reliant on different parts of the supply chain taking responsibility for their actions.

“Paper mills need to make a profit to survive, and this depends on their costs and raw material sources, as much as their ability to sell product at a sensible price,” he explains. “If stationers further down the supply chain are pushing cut size paper at a cost to get clients to buy other high value added stationery goods, then it is the stationers who are also being irresponsible.”

Research by James Rankin, Account Manager for Office Products at data analyst GfK, shows the British office paper market has been stable over the last six months, but since the turn of the year there has been a trend towards lower and cheaper quality paper (see chart above). This could indicate that businesses are looking to reduce their budgets in this sector.

Meanwhile, the various existing measures monitoring the health of the paper market on the other side of the pond suggest the North American cut size business peaked around five years ago and has been declining between 2-4% annually ever since.

Peter Tilearcio, President Communication Papers at Gould Paper Corporation, says that it is difficult to assess the impact that rising unemployment has had on these figures, but is confident that when the US jobs market improves more paper will be required, if not at the levels experienced prior to the Lehman Brothers collapse.

“I am of the belief that the demand of 2007 will not return, therefore you will see further consolidation and stronger competition amongst competitors as they fight for market share,” he says.

Cut paper manufacturers often find it difficult to communicate their environmental message to the end consumer, but in a world increasingly focused on green matters it is critical for the continuing health of the sector that people know the products they buy are as eco-friendly as possible.

There are various environmental standards that manufacturers must adhere to, often dependent on where they are based, but the sheer number of paper certification systems can often cause confusion.

Among the companies involved in certification and lobbying are the Forest Sustainability Council in Europe, the US-based Sustainable Forestry Initiative and the Programme for the Endorsement of Forest Certification – the largest global certifier of trees. Additionally, Two Sides started in the UK but is now spreading its message across the world, while the American Forest and Paper Association has been an influential lobbyist on the opposite side of the Atlantic for many years.

Stuart Andrews, Director of consultancy Sustainable Options, said: “In any market a paper trade association is great to drive understanding and improve standards.

“It would be very beneficial for all consumers if forest certification schemes stopped being precious about their own brand and encouraged all certification, stopping certification brand wars.”

And while Andrews believes a global industry standard would be too complicated to implement due to the different requirements of each region, some industry players think a more collaborative approach to eco-certification could benefit the sector, without forgetting that it is a competitive marketplace.

Luc Geelen, European Product Category & Procurement Director at Xerox, said that the industry can learn from the electronics sector, where the Electronic Industries Citizenship Coalition takes “a standards-based approach for maturing supplier compliance across several aspects of social responsibility”

He believes the existing associations and certifiers play a valuable role, but adds: “The environmental credentials [in the paper industry] are not always clear and transparent. For example, does ‘100% recycled’, refer to 100% pre- or post-consumer waste? Does the credential apply to the paper itself or the packaging?

“We need to agree to global or pan-European common standards. Paper industry production and distribution is not helped nor supported by different standards of environmental health and safety.”

Unprecedented economic upheaval in recent years and major advancements in technology have left many businesses worried about sustaining their day-to-day operations, let alone devising a game-plan for the long-term future.

However, the paper manufacturers that adapt quickly to the changes, identify new markets and plan innovative strategies for the years ahead be those that will survive and, ultimately, thrive in a better economy.

Gould, for example, which sold the majority stake in its business to Japan Paper and Pulp USA in 2010, favours merger and acquisition as a method for boosting its top line, with Texas-based Western Paper the most recent takeover completed last year. In OPI’s April issue, CEO of the North American paper merchant Harry Gould admitted the future of the paper industry is uncertain, but he was quick to highlight that revenues at the combined business surpassed $6 billion last year.

Gould’s Tilearcio says: “The younger generation is looking more at technology and electronics – we need to find ways to re-invest in our industry.”

Gould strongly promotes its environmental credentials; Tilearcio suggests that sustainability is in the company’s DNA. US competitor Domtar recently received industry-wide recognition for its ‘Paper Because’ marketing initiative, which included a Mad Men-style advert in Newsweek. Campaigns like these can reignite consumers’ interest in paper and other related products.

Although only too aware that the demand for paper is no longer at the level it once was, Andrews says further opportunities exist and believes “the paperless office is not here”

“Digital print will become even more important, so although you lose some current high volume cut size business to screen use, there will be more demanding print being targeted at cut paper applications,” he argues.

“We should expect to see more sheet sizes, and a wider number of substrates, with different paper weights, coated finishes, and even pre-cut and pre-folded blanks being added into the cut paper mix for SOHO and commercial office use. A5 and A3 are huge growth areas, and if the coloured inkjet machines can be adapted to cut there could even be a market for 210mm wide A4 rolls and a wide variety of single print applications,” he adds

“Successful cut paper producers need to tie in with the inkjet printer manufacturers to drive this change as fast as possible. In 20 years’ time the idea of using a photocopier may well be considered quaint.”

Xerox’s Geelen expects to see greater use of sustainable forest management-certified fibres and growth in high-end production and coloured varieties, but a reduction in the use of paper in offices worldwide.

There is no denying that the cut paper market will look significantly different 20 years from now, but the exact landscape is very much open for debate. One thing for sure is that environmental issues will continue to play a central role in any developments.

Geelen explains: “Given that the world’s resources are declining at the greatest rate and scale ever in history, driving sustainability throughout the supply chain is critical. If companies enforce paper purchasing policies that require sustainability then people, planet and profit will exist concurrently.” 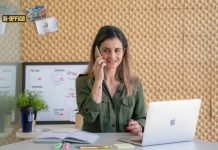