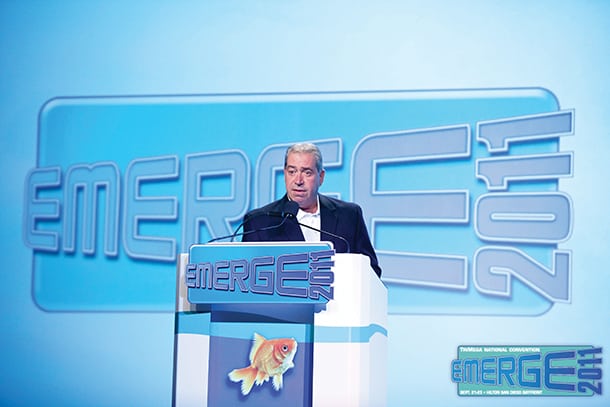 The SmartXpress B2C e-commerce programme has been closed down by TriMega after just over 12 months.

The dealer group acquired SmartXpress in January 2011 to give its dealer members a greater share of e-commerce sales to consumers and micro-businesses.

TriMega said the project had encountered “significant delays and cost overruns” in its efforts to build a new platform to market to the various internet search engines.

“As the TriMega board has learned over the past year, the amount of capital and time required to effectively build this platform is simply much more significant than originally planned,” the dealer group said in a press release.

SmartXpress was founded in 2008 by ex-United Stationers executives Mark Hampton and Steve Schwarz, and Hampton became CEO after its acquisition by TriMega.

“Mark Hampton has worked vigorously, alongside the SmartXpress steering committee, to keep SmartXpress alive and moving towards the optimised platform that would generate the expected profitable results,” said TriMega President Charlie Cleary.

“Unfortunately, the business plan simply could not be successfully implemented as intended without unbudgeted time and capital. Now Mark will focus on unwinding this business and determining what parts of the existing platform and learning experience can be retained and passed through to the membership.”

Cleary praised the TriMega board making the “difficult decision” to close it down quickly. He also said the reaction of TriMega’s SmartXpress members was one of understanding and “appreciation that their best interests were protected”

SmartXpress was originally founded on a ‘one to many’ business model, engaging with professional associations and business groups to market the concept of their members buying office supplies through the website.

Hampton admitted in January 2011 that the business had not achieved the scale he and Schwarz had originally hoped for in the timeframe they had set, prompting them to look for new ways of growing the business. However, it looks like a case of lightning striking twice.

SmartXpress was clearly not helped by the need to overhaul its entire web platform for the dealer-to-consumer market rather than hitting the ground running a year ago, and, as others will testify, paying to achieve high rankings on search engines can be a costly exercise.

TriMega members will surely be asking why it was necessary to acquire a business which then needed so much time and investment to develop a usable product.

Speaking to OPI, Hampton described the last 12 months as a period of “continuous frustration” after encountering problems with software development and search engine optimisation that kept pushing back the planned full roll out.

He said that he couldn’t disagree with the TriMega board’s decision given that it would have required a further six months.

However, he maintained that SmartXpress was built on a sound model; it was just that they had been overly optimistic about the timeframe required.

The programme had generated quite a bit of interest within the TriMega membership, with over 120 dealers having signed up. Hampton also said that suppliers had backed the initiative as it represented an opportunity in a segment of the market which is still largely underdeveloped.

SmartXpress had apparently been achieving some success as a lead generator for its members, but this was not its raison d’être and did not justify the continued investment.

Hampton said he hoped the dealer locator tool would be maintained and that the internet marketing knowledge base built up would also survive.

The pooling of resources concept – similar to the one used by UK dealer group Superstat with its SupermarketOnline initiative – makes sense because the average dealer cannot compete with the hundreds of millions of dollars that big boxes and mega e-tailers pumped into their e-commerce sites.

But dealers need to ask themselves whether going after this ‘browser business’ is right for them or whether they should be concentrating on other marketing and brand-building initiatives within their local communities.