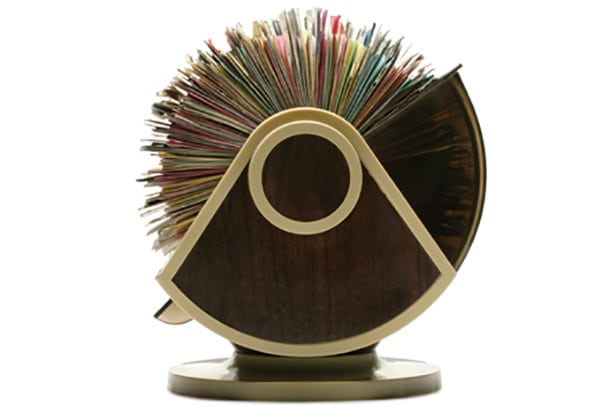 With the advent of digital technologies and the launch of various initiatives to make the workplace more environmentally friendly, the concept of offices turning paperless has regularly been on the business agenda in recent years. However, the need for printers, scanners, office paper and, consequently, filing and archiving systems still remains.

The Association of Information and Image Management (AIIM), an organisation that provides research, education and best practice advice on how to manage documents and a group that is a keen supporter of reducing paper usage in business, recently released a study showing that there are still a high percentage of firms far from paper-free. AIIM’s The Paper Free Office – Dream or Reality research paper was conducted between November 2011 and January 2012 to investigate the habits of the global information professionals community. Results showed that even though 35% of respondents confirmed there is now less paper consumption and photocopying in their offices, 77% of invoices that arrive as PDF attachments are still printed, while 31% of fax invoices are printed and then re-scanned.

This is certainly not the behaviour of businesses keen to cut down on their paper usage, and with 45% of scanned documents starting life in a digital format and 32% of organisations reporting an increase in the level of paper consumption and copying, it can be argued that the demand for filing and archiving products in the office will remain.

Benjamin Baruteaud, Group Marketing Manager at France-based manufacturer Tarifold, suggests that the real impact of the reduction in paper usage is still to come. “There is indeed a trend towards less paper in some areas,” he admits. “But the fact is if you have an important document, you will still print it out. It will take at least another ten years to see a real massive change in consumers’ behaviour towards paper.”

The AIIM report says that there are “significant responsiveness and productivity gains in customer service when paper-based bottlenecks are eliminated from business processes”. It also indicates that the information professionals community – like many other industries globally – is increasingly using smartphones and tablets to store and share data. But, although aware of the growing influence of technology and digital storage systems in business, the OP industry is adamant that traditional office products can sit comfortably alongside innovative equipment in the modern office environment for some time yet.

Brant Williams, Chief Marketing Officer at Seattle-based green office supplies specialist ReBinder, says: “Most of us who work here have a technology background, so you will find us to be as digital an office as they come – and we still use binders and presentation folders for much of what we do.

“We all must face the fact we are playing in a declining market, but that decline is very slow (1-2% each year on average from our rough estimates). It could be a full generation before an office is truly ‘paperless’, if it ever happens.”

Many businesses operating in the sector are still confident of generating encouraging revenues in the year ahead, with ReBinder expecting to more than double sales in 2012. Meanwhile, Brazilian OP firm Acrimet’s filing and archiving channels are both growing areas for the company.

Export Manager at the Sao Paulo-based company Jaime Nascimento states: “In 2012 Acrimet is launching a new and extensive line as well as new organisers and displays to complement our current range. We invest a lot in new projects and machine, which is why our sales of filing and archiving items increased considerably [in the last year].”

Perhaps the OP industry can rely on appealing to customers’ inner obsessions and love of nostalgia in order for the filing and archiving category to have a viable future.

In a recent article in UK newspaper The Guardian entitled ‘Why I Love Stationery’, columnist Lucy Mangan explained how owning stationery is appealing because it represents creative potential and can also bring a resemblance of order to an otherwise hectic life.

She recalled vivid memories of her friend’s university revision session which ended with him holding “a trayful of differently coloured index cards and four full lever arch files with sections neatly marked by cardboard dividers” and saying he may not know everything yet, but at least he knew where it all was.

“I wake every morning in the hope that I may purchase the concertina file, ring binder, set of folders or box of plastic wallets that will finally enable me to live that dream,” Mangan added.

Mangan’s musings may at first seem like an isolated case, but in a subsequent BBC Radio 4 programme she hosted on the subject it became clear that many people share the same passion for stationery. The broadcaster described them as “devotees of the paraphernalia of school and office life”

And here potentially lies an advertising route for OP marketers to take.

Acrimet’s Nascimento suggests: “Nostalgia is always a good appeal and a great tool to boost sales – a good marketing initiative. I remember my old metallic pencil box at school, and still today that metallic smell brings me back to those old days.”

Like with any consumer product, it is the responsibility of the manufacturers to create items that find the right balance between being practically useful and capturing the customer’s imagination.

ReBinder’s Williams says that innovation in the OP industry is vital to ensure sales of filing and archiving products remain steady even as society’s requirements evolve.

“We won’t be too popular for saying this, but many large companies in the office products industry are good at doing the same thing over and over, expecting different results,” he notes.

“Every year we see new lipstick being put on the same pig. End-users don’t want new lipstick, they want innovations, solutions to the problems they may not know they’re having – and that goes deeper than new colours or new shapes.”

Filing and archiving product manufacturers on both sides of the Atlantic have received recognition for their ranges, with ReBinder and German OP business Esselte among those businesses standing out from the crowd.

ReBinder has tapped into global society’s increasing concern for the environment by developing products such as presentation binders, media storage and labels made from sustainable materials. It says that this approach means it does not add to the “toxic PVC” that ends up in landfills after customers throw away vinyl binders. In September 2011 the company picked up the Seattle Business magazine Green Washington Award for Reuse, which acknowledged the company’s eco credentials.

“I think the recognition was as much for our approach as for our results to date,” explains Williams. “We are not tree-hugging hippies; we are hard-core capitalists who align our profits with bettering the world. The average product we replace is made of vinyl or plastic, which is hard to sustainably dispose of after its lifecycle.

“ReBinder products present a different take – same functionality, same price, better for the world, with a lot of reuse involved.”

Meanwhile, a noteworthy initiative in European filing and archiving comes in the form of Esselte’s recently launched Leitz Create! SociaLEITZ online campaign. Using social media and tapping into the consumer trend of ‘individualisation’ currently prevalent in the German OP market, Leitz Create! is a platform that allows customers to design, create and order their own customised lever arch file, ring binder, three-flap folder or presentation folder.

Carmen Wittmer, Communications and Promotions Manager for Europe at Esselte, states: “The tool is a web platform, where every private or business person can create their own Leitz product by uploading photos, own designs or using the motifs from the offered Leitz gallery.

“A big success is the Facebook connection – that is really an outstanding initiative. We are one of a few companies allowed to use a special Facebook Connect service, which allows customers to create a lever arch file which [pictures] all of their Facebook friends.”

As well as increasing hits to its website and the number of followers on its Facebook page, the campaign has allowed the business to connect with its audience. It has also led to a surge in demand from businesses for individualised products to be used in customer presentations and at company events. Leitz Create! was also shortlisted in the Online Initiative category at the 2012 European Office Products Awards.