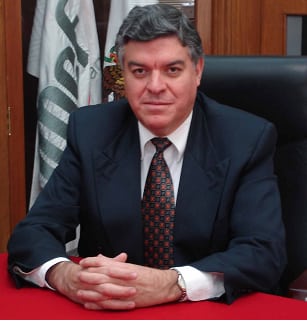 Describe what you do in fewer than 20 words.

I am responsible for the Mexican and Latin American markets for the Cardinal, Adams, Weis, Globe and Tops brands.

I wanted to be a nuclear scientist.

Your biggest achievement in OP?

Putting the Crayola brand on the map in Mexico and Latin America when the brand meant nothing in these markets.

What has been the best innovation in the OP industry in the last two years?

What do you think will be the biggest single factor affecting the OP industry over the next five years?

Alongside the continuing influence of technology, I think consolidation will alter the map of our industry. I believe that in many ways it already has.

What business or management book would you recommend as essential reading?

On Competition by Michael Porter.

Which country is the most exciting from an OP perspective?

More exciting than a country is a region like Latin America with its emerging market.

If you won the lottery what is the first thing you would do?

I would fund small businesses in Mexico and help the underprivileged to learn how to generate their own finances.

Do you have any famous ancestors?

One of my ancestors was present during the signing of the Act of Independence for Mexico.

If you could change one thing about yourself, what would it be?

I can think of a few things, but if I had to choose I would say that I would try to be more patient.

If you could invite two famous people for dinner, who would they be and why would you invite them?

Michael Porter and Harold Kushner to talk about business and spiritual matters.

If you had one day to live, what would you do?

Spend as much time as possible with my family.

Which character from a film or TV series do you think most resembles you?

I can’t think of one that resembles me now, but when I was a kid I wanted  to be Batman. But I couldn’t be further from that character now!

There are no good candidates at the moment.

What sporting activities do you enjoy and why?

I believe swimming is the most complete sport for the body. 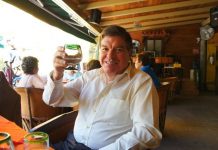