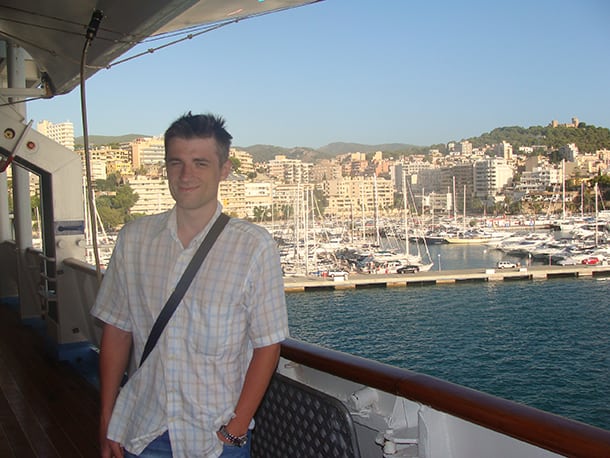 The Russian office products market is actively developing, which is reflected by its resumed growth following the end of the recession and the ever-accelerating expansion of the region’s leading foreign suppliers and producers. Thanks to the increase in the transparency of the market, which has been observed in Russia in recent years, investments are becoming less and less risky for foreign producers than they were several years ago.

Currently, the Russian OP market is estimated to be worth $3 billion with big potential for further growth. A number of major Western players have directed their eyes towards Russia in recent years, considering the local market as very promising for their future growth. Several are already present in some way. As competition in the Western European markets is tightening, producers there are considering the Russian market as something that might be easy to conquer.

However, that is not necessarily so, and they should take into account the realities of the Russian market, including cultural differences.

One of the attractions to foreign OP businesses to expand in Russia may be the fact that the market does not require huge investments to establish interest in products, as the country is currently showing good dynamics of growth. At present, the annual growth of the market is estimated at 8% per year – impressive, but still significantly lower than pre-crisis figures, which were estimated at 18-20%.

The balance of local versus foreign production has also been changing. In the past the share of imports into the market was estimated at 90%, but the growth of domestic production in recent years has resulted in a considerable increase in that local share, now in the region of 50%.

However, as a rule the quality of domestic products remains low, while in recent years consumer demand for high-quality imported products has significantly increased in Russia. This has resulted in local businesses’ inability to compete with the products of leading Western manufacturers.

So far, despite the impressive growth rates of the market in the 2000s, the Russian OP market has not been able to attract the attention of large domestic businesses, perhaps because of its relatively low profitability and long-term investment payback periods (in contrast to the oil and gas industries, for example). While margins of the most successful players in the market do not exceed 5%, their EBITDA tends to be zero due to the fact that they are all competing with each other through the reduction of prices.

At present, more than 3,500 companies are involved in the production and supply of office products in Russia. Among the leading players of the market are such companies as Bureaucrat, Komus, Office-Premier, Proburo, Regent Ekort, Pragmatic and a few others (see box ‘Leading players in the Russian market’ on page 44). The market is currently going through the process of consolidation with many small companies leaving the market, or being acquired by large players.

Staples is one of the large foreign OP resellers that successfully operates in Russia. Since November 2010 the company has been working with Pragmatic, one of the leading Russian suppliers of office products. Under the partners’ agreement, Pragmatic serves Staples’ customers that have their offices and branches in Russia.

According to sources close to the alliance, Staples is completely satisfied with the cooperation with its Russian partner, especially considering the number of opportunities for its expansion, one of which could become the transfer of rights for the production of its products to Pragmatic. Negotiations for this eventuality are already under way, while the future of a Russian-made range of Staples products is expected to depend upon the demand of these types of items in the market.

Renata Szostak, Managing Director of Pragmatic, comments: “Pragmatic already produces products under its own brand and will continue to develop in this field. The current range of the company is wide and comprises such products as paper blocks, tape, staplers, pens, pencils, coloured paper, folders and envelopes. There is a possibility that the company may also start the production of some Staples products, but everything will depend on future cooperation.”

Currently, Pragmatic and Staples are continuing their cooperation as independent legal units although, according to some Russian experts, in the case of successful future cooperation, Staples might well consider the possibility of acquiring its Russian partner.

Analysts from Russian newspaper RB believe that, in addition to Pragmatic, several other leading local market players may also become the subject of acquisition talk by foreign companies. Sergei Bobrikov, CEO of Komus, arguably the biggest supplier of office products in Russia, believes that the most appropriate way for Western companies to develop in the Russian market is to buy dominant local players that already have the necessary management structures and distribution systems.

He says that over the next five years a number of Russian companies may be acquired by large Western corporations.

In addition to Staples, another European major, Lyreco, has once placed large hopes on the Russian market. Several years ago the French contract stationer considered the possibility of buying Pragmatic. At the time, in fact, it was in a similar situation to where Staples is now in that it already had a partnership agreement with Pragmatic. The deal never came off, however, for a variety of reasons.

According to analysts at the Russian National Alliance of Producers of Office Products (NAPOP), the global recession certainly upset Lyreco’s plans of Russian expansion. Whether now, after the end of the crisis, Lyreco will resurrect its plans in Russia, either by entering into another  alliance or by acquiring a local player, remains to be seen.

And while foreign big boxes may be hatching plans, many local companies are not afraid of the potential competition that could arise with some of the major Western players, even welcoming their expansion into the local market.

“It will be easier to compete with Western companies, which have clear and transparent business models, instead of many of our local ‘closed’ companies,” said a representative of Komus, for example.

According to experts at NAPOP, the main strength of Western players entering the market is their ability to minimise the costs associated with production and logistics, which could help them when doing business in Russia.

However, all foreign businesses entering the Russian market should also take into account its distinctive features and challenges, and in particular its generally negative local investment climate, high taxes and a tendency towards corruption of public officials.

One challenge for foreign players is that the scope of the local market remains very narrow, which means that the number of products enjoying real demand among local consumers doesn’t exceed about 1,000 items. The attempts of some Western companies to increase their trade in Russia and to reduce costs at the expense of importing up to 15,000 different products (which is traditional practice in their home markets) only result in an increase in surplus of their Russian inventories and unnecessary financial losses.

A further challenge is that Russian consumers have traditionally been unfamiliar with some of the leading foreign brands that are well known in the EU and the US, and instead pay more attention to the price of the product. As a rule, the most recognisable brands in Russia are those that were supplied to the country during Soviet times; Koh-i-noor and Rotring are well known names, for example. In addition to price, the country of origin remains an important criterion for the local consumer.

A third challenge when entering the Russian market is the country’s transport and communications infrastructure as the condition of both leaves a lot to be desired. Large geographical areas impact delivery times and require the use of specific Russian distribution and logistics systems, which come at a high cost and are very different to those used in the EU and the US.

All these challenges prevent the expansion of foreign companies deep into the country. As such, being afraid of long distances and the local realities of doing business, the majority of foreign players prefer to concentrate on working in Moscow instead, which currently accounts for 30% of total sales of office products in Russia. St.Petersburg is another expansion favourite.

In addition to specialised office products suppliers, in recent years Russia has become an attractive destination for retailers that sell a lot more than just office supplies. The most striking example for this is Germany’s Metro Group which has been very successful in the market. Working with a much broader product portfolio than specialised OP suppliers and targeting a more varied range of customers, these types of companies can pursue an aggressive pricing policy and have a good chance of succeeding in Russia.

Horst Bubenzer, Vice President of Marketing at German manufacturer Durable, says: “Russia could be considered a key market for manufacturers’ future growth in Central and Eastern Europe. In recent years, the demand for branded foreign products in the local market has significantly increased and gone hand in hand with the decline in demand for imports from South-East Asia and domestic products.”

The end of the economic crisis, the subsequent resumed growth of the Russian economy and the enormous potential for further growth, in particular at a regional level, allow us to envisage the Russian OP market as a driver for the future growth of some of the leading industry players in Europe.

However, foreign brands expecting to succeed in the Russian market should be aware that doing business in Russia has little to do with the business models that they are used to in Europe and the US. The use of unfair competitive practices, extortion by local officials and the high risk of being involved in fraudulent transactions are just a few examples of differing business etiquette and practices.

However, some of this might change in the near future, thanks to the long-awaited Russian integration into the global business community. The first step was the recent accession of the country into the World Trade Organisation.

Eugene Gerden is a freelance writer based in St. Petersburg who covers the stationery and office products industry. He can be reached at gerden.eug@gmail.com 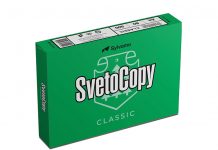