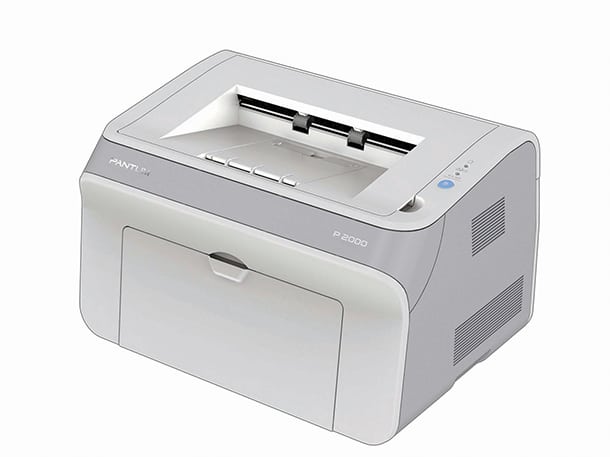 Pantum is the Chinese laser printer brand made by the Ninestar group. It introduced the Pantum brand last year and, after an abortive attempt at European distribution with France-based MBP, Pantum has been busy over the last few months gaining footholds in a number of international markets. Recent agreements have been signed for the Israeli, Russian, South American and Japanese markets and the company had a strong presence at the CeBIT show in Hannover earlier this year as part of its European growth push.

Spicers’ CEO Alan Ball said the distribution agreement developed out of talks that Spicers was already holding with Ninestar regarding the supply of compatible consumables. The official launch is to be held in London this month and there will also be a series of dealer launch days when resellers will have the opportunity to find out more about the potential of the Pantum brand. Products will be available to Spicers’ dealers from late October.

The agreement includes all distribution channels in the UK and Ireland, but Ball suggested that the independent dealer channel would be the first port of call, and he hoped that the uptake would be sufficient to give dealers a unique position in the market.

John Davies, speaking for Pantum in a press statement, said: “The key target market for Pantum in the UK and Ireland lies with SMBs where the best route to success will be by working with the OP channel dealers and retailers using the network established by Spicers.

“Our joint mission will be to deliver a comprehensive range of innovative printer models uniquely positioned to ensure that end-users reduce their overall costs while delivering a higher level of performance and profitability on hardware and consumables for the dealer. Pantum is the first Chinese OEM and represents a clear ‘notice of intention’ from the world’s fastest growing economy.”

There are currently two laser printer models being offered, which are being marketed as long-lasting devices for the SMB market. One of the two models – the P2000 – has a 20-page-per-minute output and is designed to print up to 20,000 pages per month for a period of six or seven years, which is a much longer lifecycle than is currently recommended by other brands. The P2000 has a recommended retail price of around h80 ($103) in Europe while toner cartridges – available in 1,500 and 2,300-page capacity versions – start at around the same price.

UK RRP prices had not been set when OPI spoke to Spicers, but are expected to be in line with continental Europe prices. Further models – including MFPs and devices equipped with e-print and Bluetooth capabilities – are expected to become available over the coming months.

Pantum’s selling strategy is based on its claim of a greatly reduced total cost of ownership (TCO) when compared to a laser printer from an established OEM, and its environmentally friendly credentials. Spicers will be working closely with Pantum’s marketing department in Europe to develop the brand in the UK. The wholesaler will also be providing after-sales telephone support while Pantum will offer the maintenance and servicing back-up.

It’s an interesting move for Spicers as it takes on this distribution role in the printer hardware and supplies category. The chance of offering a unique brand in the UK and Irish markets will no doubt be used as a carrot for the wholesaler’s ‘loyal’ dealer partners in what is becoming an increasingly challenging category.

Any machine that lasts up to seven years will need a regular supply of toner cartridges, which is where the real money will be made. Ironically, for a company that has traditionally made compatible products for established OEM machines, this new Chinese OEM brand currently controls the supply of its consumables with its patented technology. Whether that will always be the case is a matter of speculation, but while there is a single source of supply, that could spell good news for dealers if the brand takes off.

That all sounds positive for dealers – as long as the channel is able to drive the volume targets that Spicers and Pantum have no doubt set (or are at least hoping for). The dealers’ unique market proposition would be lost if Pantum printers and supplies were to become available at Tesco or directly through Amazon.