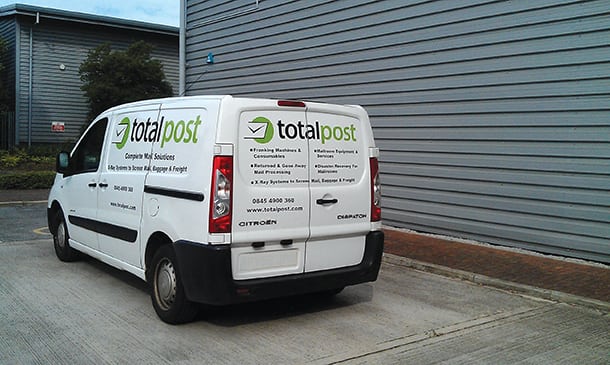 As markets continue to change rapidly and new technology emerges, OPI caught up with a selection of the mailroom and packaging sector’s leading vendors from around the globe to find out how business is going and where future opportunities lie.

Cumbria-based but globally-focused vendor Totalpost Services is in investment mode at present, having put £100,000 ($161,000) towards increasing its Alston facilities in the last 12 months. The money went to improving equipment and infrastructure to help keep up with customer demand for green products, such as its refilled franker cartridges, and new jobs were created as a result of this strategy. Managing Director of Totalpost David Hymers explains that his business is expanding in a number of areas, with the organisation’s new set-up providing a platform for success.

“We have seen a steady growth in the sale of franking machine cartridges in the UK, Europe and the US,” he notes. “This growth has accelerated further since we took the manufacturing of cartridges in-house in late 2011. We saw a gap in the market for a single supplier to produce the different variations of cartridge to high specification at a competitive price.”

Squeezed budgets, particularly across Europe, are impacting trade levels of many business products – and the mailroom category is no different. However, vendors are finding ways to generate revenues against a difficult economic backdrop and despite continual advances in technology.

“There has also been an uptake in the number of companies that are taking up franking machine contracts which include the provision of machine maintenance,” reveals Hymers. “We’re seeing this across the board as companies of all sizes realise that money can be saved by utilising equipment more efficiently.”

Controversial price rises in UK postage that were introduced in April this year, which saw the cost of first-class and second-class stampsrise to 60p and 50p respectively, have also made businesses reconsider their mailroom processes.

Pitney Bowes UK, which manufactures franking machines amongst other mailroom supplies, suggests that minimising costs remains a priority for firms.

Marketing Director Phil Hutchison says: “The financial justification for customers to switch to a franking machine as the preferred means of mail processing has become far stronger. Many customers are focusing on optimising the size and format of the mail piece to avoid incurring unnecessary costs. Every large letter format mail piece now costs 22p more than a letter format mail piece – this is increasing demand for folding and inserting products.”

And at a point in time when it seems many firms are reaching a manufacturing T-junction with one direction pointing to the continuation of producing goods offshore and the other towards bringing production back home, Totalpost’s Hymers puts his case forward for on-shoring.

He notes: “Yes, others may produce products cheaper but if the UK can do it better, providing renowned quality and expertise with great customer service, we will become known for this as a country. This strategy has helped our exports to grow to about 44% of our increasing turnover.”

Across the Atlantic, mailroom product vendors have needed to show flexibility in light of the changing face of the US Postal Service.

Jim Bettinger, VP Marketing & Strategic Business Development at Quality Park Products, remarks: “As our postal service seeks to become a viable, ongoing profitable service, they have enacted several current and future changes. The most relevant to envelope usage is the ‘shape based’ rates put into effect in 2007.

“Mailing costs based upon envelope size and closure restrictions have dramatically increased postal rates on certain envelopes. We’ve created new products and/or modified existing envelopes to lessen the impact of these new costs on consumers, for example our new Clear Clasp envelopes.”

Bettinger estimates that the envelope marketplace in North America is declining 2-4% on an annual basis, with core posted items such as utility bills, credit card invoices and bank statements increasingly distributed electronically. On a more positive note, though, Quality Park reports traction with the likes of antimicrobial, security and packaging-based envelopes. And as traditional mail levels continue to decline, a logical switch of focus to the manufacture of packaging materials has also occurred.

Says Bettinger: “With our acquisition of the former International Envelope Company, a high strength substrate and packaging converter, and with our parent company Cenveo, which owns major packaging converter Cadmus, we can expand our presence in this growing marketplace.”

Leading European envelope manufacturer Bong has recently shifted its focus to packaging, establishing its dedicated Bong Packaging Solutions (BPS) division on 1 January 2012. Products are sold under the ProPac brand across Europe, and the development comes at a time of wider restructuring at the business two years after the merger with Hamelin’s envelope division – changes that are expected to result in significant cost savings over time.

The BPS division contains channels for retail, security and system solutions, which Head of Product Management at ProPac Åsa Ullsten says are all growth areas. She adds: “We see a clear tendency towards more secure shipments/deliveries, lighter and thinner materials and more compressed parcels. In 2012 BPS and ProPac will have a total turnover of more than €55 million ($71 million).”

Meanwhile at self-adhesive products manufacturer Tenza Technologies, which describes sales of its Documents Enclosed envelopes as “a barometer of economic activity in Europe”, growth has been halted by the tough economic conditions across the continent, although new paths for success have been laid down.

“The trend is definitely for long-term growth of internet selling, probably at the expense of the high street,” explains Customer Service Executive Sarah Chaplin.

She adds: “We see an increase in the number of companies using our Documents Enclosed envelopes as marketing tools, and utilising our personalised printing service to adorn them with brand names and logos.”

Tenza will be hoping its sales can be driven by the recent decision to produce its entire tenzalope brand using oxo-biodegradable film, a material that starts to break down after two years and ultimately degrades leaving only carbon dioxide, water and matter. “A unique selling point,” notes Chaplin.

Another eco-friendly move by the mailroom goods manufacturing community includes the partnership between Quality Park and Canefields Paper, which has resulted in sugarcane paper-based envelopes being offered to the vendor’s resale marketplace. The US firm has also obtained the use of a Formology patent, a special design element that allows separation on plastic and paper to allow the recycling of window envelopes at home.

Bong says that its Padded Bag has recently been awarded a FSC certificate to support its environmental claims. In addition, the Tyvek material used in much of its envelope production is 100% recyclable.

On a practical level, Pitney Bowes’ Hutchison says that software is increasingly used to cleanse and verify addresses prior to mailing “to keep waste at an absolute minimum”, while work is regularly undertaken at the company to group multiple documents to the same destination into a single mail piece.

Hymers, the MD of Totalpost, has the last word, however. He warns: “If this industry does not recognise the responsibility to aim for best practice in environmental issues it will lag behind other industries that do care.” 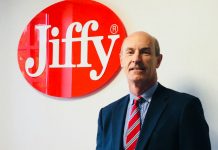