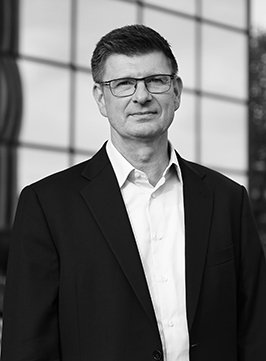 2019: Dolph Westerbos is making his second appearance in OPI’s Top 100, having stood at the helm of Staples Solutions for almost two years now. Tasked with leading the operator’s transformation into a B2B contracts business specialist, this is exactly what Westerbos has been focusing on.

Having announced its strategic decision to focus on serving mid-sized to large enterprise customers as well as public institutions, Staples Solutions followed this up in the summer of 2019 with the sale of its retail, catalogue and online business units in France (JPG & Bernard), Italy (MondOffice), Spain (Kalamazoo) and Germany (www.staples.de).

The French, Italian and Spanish units were sold to France-based Raja Group, while the German online and retail entities were taken on by Netherlands-based Office Centre. All these businesses, Westerbos says, predominantly provide solutions to SOHO customers, a different demographic to the company’s core target audience.

This move is expected to simplify the operator’s structure and enable Staples Solutions to focus on growing its core B2B contracts business. The transactions will also allow the company to strengthen its business model and gain greater flexibility to “pursue opportunities” in the B2B space. “Bearing in mind this year’s changes in the structure of the business, we can now make investment decisions that are specific to our core,” Westerbos says.

Staples Solutions is now active in 12 European countries, with a strong presence in Central and Northern Europe.

2018: Dolph Westerbos is another new entry to OPI’s Top 100 who has quickly made its mark on the European business supplies sector. He was appointed CEO of Staples Solutions in November 2017, taking the helm almost a year after Staples’ European operations split from US parent Staples Inc when they were sold to private equity firm Cerberus Capital Management.

Westerbos joined from global technology distributor Westcon Group where he was also CEO. Prior to Westcon, he held executive management positions at IT giant Dell as well as logistics groups Brambles-CHEP and ModusLink.

Netherlands-based Staples Solutions now spans 16 countries, operating both a contract and retail model. Its retail presence is dwindling, however, and is now confined to three countries and about 100 stores in Germany, Norway and Portugal. This marks a severe cut-down from the number of 160 stores in four countries that was publicised just a few months ago, but is exactly in line with expectations given the retail climate in much of Europe. Combined revenues in 2017 were €1.5 billion ($1.8 billion).

The company operates several brands across Europe, both from a contract and retail perspective, including Staples, Mondoffice (Italy), JPG and Bernard (France), Pressel (Germany) and Kalamazoo (Spain).

Westerbos’ core focus, he says, is “to invest in key growth areas designed to improve the company’s competitiveness, position it for long-term sustainable growth, and capture opportunities that emerge from changes in the workspace products, service and solutions industry”.

One of these investments appears to lie in acquiring ADVEO which was revealed by the pan-European wholesaler in September. This is by no means a done deal, of course, but the intention is certainly clear as to where the opportunities lie.