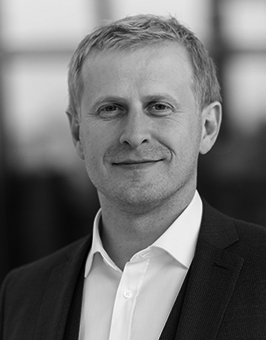 2021: In September of this year, Dmitry Vinogradov was appointed Director of the Merlion Group and also took on the position of President of the company.

Despite the disruption caused by COVID-19, the technology-focused Russian distributor has continued to effectively supply its partners with products and solutions throughout the pandemic.

Over the past 18 months, a number of key events have occurred. Towards the end of 2020, Merlion’s subsidiary iRU became one of the founding members of a new computer equipment manufacturers’ consortium in Russia.  Additionally, its Bureaucrat brand entered the German market for the first time. The distributor also signed a landmark agreement with Apple and now supplies the entire range of the tech giant’s products across Russia.

A joint memorandum signed with Huawei in October 2020 that focuses on strategic cooperation has allowed Merlion to develop its network solutions business throughout 2021.

Also in September, the Merlion IT Summit was a great success, gathering together more than 5,700 participants and 37 partners for this online event.

2019: It’s been a busy year for Russian distributor Merlion under the leadership of Dmitry Vinogradov.

In April, the business signed a distribution agreement with SkyDNS for the sale of cloud solutions as part of the development of its MerliONCloud platform. That month also saw the company become the official Russian distributor for Corning – one of the leading innovative materials science companies in the world – and lighting equipment manufacturer Schreder.

A further three agreements were concluded with Charisma, the cloud-based platform for conducting interactive business presentations, CommuniGate Pro, the multi-protocol communication server and Zextras, a leading developer of extensions for the Zimbra open-source mail server.

The company also scooped awards for ‘Best Distributor in Russia’ from two separate technology organisations, the Chinese multinational Huawei Corporation and D-Link, a developer and manufacturer of network and telecommunications equipment.

2018: Under the leadership of CEO Dmitry Vinogradov Merlion has had a successful year so far. March saw it named by Panasonic as one of the top ten Russian companies in the field of communications. Additionally, its nationwide chain of electronics shops, known as Positronica, has joined the top 100 biggest e-shops in the country.

In March, Merlion also signed a five-year agreement with German company Beurer, granting it exclusive rights to sell its entire range of beauty, health and well-being products in Russia. This was followed by an exclusive distributor contract with leading Indian smartphone manufacturer Micromax in April.

2017: New to the position as head of Russia’s largest broadline distributor, Dmitriy Vinogradov took over as CEO from Sergey Raskolov in December 2016.

He is no stranger to the company, however, having worked at Merlion for the past 15 years. Before assuming the role as CEO, he was head of the company’s broadline distribution business, its largest division in terms of revenue.

This year, Merlion acquired DSCon Distribution as part of its Value Added Distributor development strategy, and it has also signed numerous distribution deals taking its total number of brands represented to more than 450.

Vinogradov will keep working to strengthen the company’s leading position in all its major business areas including broadline and VAD distribution, computer equipment, office supplies, and office furniture.