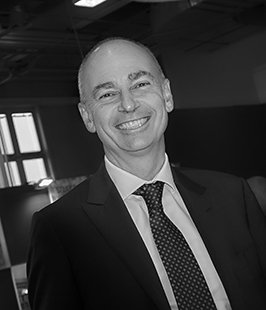 For more news on Buffetti, read the following:

COVID-19: From the front line in Italy

2021: Buffetti is part of the Dylog group that comprises 32 companies, employs more than 1,200 staff and achieved revenue in 2021 of around €240 million. The office supplies, stationery and gifts retailer has a fundamental role to play in the overall group strategy, according to Buffetti’s General Manager Francesco Villa.

Its 750 points of sale throughout Italy – a number that has remained stable despite the pandemic – provide tremendous brand value and act as local consultancy hubs in everything from furniture and technology to digital services and business software.

Following the 2019 acquisition of the Pigna school stationery brand, Buffetti’s investments have largely been in the digital space. The same year, it entered the share capital of online training company Directio and, at the end of 2021 it took a 70% stake in E-Fil, a provider of cloud-based payment solutions for the public sector.

Other initiatives have included an in-store service to help Italians set up their online public digital identity (known locally as SPID). So far, more than 500,000 customers have paid €30 for this service.

For 2022, Villa says to look out for further acquisition activity, while a new flagship Buffetti store in Rome is set to open in May.

2019: Francesco Villa reports that Buffetti’s planned expansion is surpassing expectations, with over 800 franchises now open across the country.

Over the past 12 months revenues of its own, Buffetti-branded goods has increased 8%, with the company generating considerable success through TV advertising. This has been particularly effective at boosting sales of its line of seating products which has seen a rise of over 600%. Villa also confirmed that the school products sector remains one of the group’s main areas of focus going forward.

2018: Francesco Villa, General Manager at Italian franchise retail chain Gruppo Buffetti, says that this year saw the company successfully rolling out his plan to expand its coverage across the country, with more than 150 new Buffetti corner stores opening, bringing the total now to 800.

“The innovative Buffetti store concept is split into five dedicated areas – work, gifts, school, service and software,” says Villa. “This year we have made further progress with the acquisition of Italian manufacturer PIGNA, a well-known brand in the education market.”

In February, the company also introduced a new TV advertising campaign for ink cartridges and toner, which has resulted in sales more than doubling in this channel.

2017: The number of points of sale at Italian franchise group Buffetti has hit the 800 mark in 2017 after another strong uptake in its Buffetti Corner concept.

This initiative has been enhanced by the introduction of an option called Corner+, which allows retailers to display the Buffetti brand on store fronts without having to become fully-fledged franchise members – although General Manager Francesco Villa says it will act as a stepping stone for those who do want to go down the franchise route.

Buffetti continues to develop digital tools for its members and their store staff, while the company’s first nationwide TV advertising campaign will air in 2018 – this will focus on the ink and toner supplies category as Buffetti looks to increase consumer awareness of its EOS offering.

Campo Marzio – the gifts retailer in which Buffetti took a majority stake in 2014 – is expanding its international presence. The brand will now be distributed by wholesaler ADVEO in Spain, and this has already seen placements at department store chain El Cortes Ingles and distribution through ADVEO’s own Calipage dealer network.

2016: After a decade of seeing its number of franchisees decline, Buffetti has returned to growth this year thanks to its ‘Corner Buffetti’ store within a store concept. This has led to an impressive 20% increase in the number of outlets selling Buffetti products throughout Italy to more than 700.

Much of Corner Buffetti’s success can be put down to the strong brand name that the company has, something that has been underpinned in recent years by the branding strategy that was introduced by General Manager Francesco Villa.

Much more than simple private label offering, Buffetti-branded products are aimed at the premium end of the market and now account for around 60% of the company’s total sales.

The group’s investment at the end of 2014 in gift retailer Campo Marzio continues to pay dividends and is one pillar of Villa’s strategic objective to be the leader in Italy in the five main areas of office, gifts, school supplies, software and retail services.

2015: Over the course of 2015, Italian franchise retail chain Gruppo Buffetti has been busy evolving its 650-strong network of stores.

Over half of the stores have successfully implemented a new merchandising project that aims to lift Buffetti’s private label stationery sales, along with its overall brand image to consumers. So far, it seems the strategy is paying off with double-digit sales growth for Buffetti-branded products.

Undoubtedly, the brand’s image has also been boosted in Italy thanks to its association with high-end trendy gift retailer Campo Marzio. Buffetti bought shares in the company in late 2014 as part of its expansion strategy – Campo Marzio has 60 international stores including outlets in Australia, South Africa, Russia and the UK.