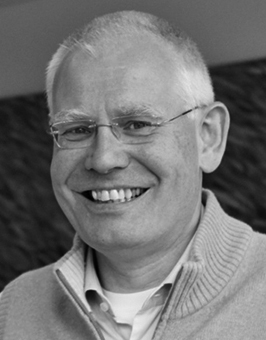 Thomas Veit is owner and CEO of German wholesaler soft-carrier.

2021: To say it’s been a mixed bag of fortunes over the past 20 months or so for Germany’s soft-carrier would be an understatement. Despite the onslaught of COVID-19, lockdowns, short-time work (Kurzarbeit) and a mass exodus to homeworking, the wholesaler actually had a good year in 2020, slightly up in revenues from the year before. Broken into its various markets, Germany was flat compared to 2019, while France and Switzerland were up in single digit percentage terms.

This all-round positive performance, somewhat surprisingly, was not due to a heightened focus on all things PPE. As Managing Director Thomas Veit admits, yes, there was an uptick in sales of toilet rolls and cleaning materials, but the company did not jump on the PPE bandwagon. Quite the opposite.

For ethical reasons and to make a stand against the perceived scaremongering of the COVID crisis, soft-carrier not only refused to join the scramble for COVID products such as testing kits, protection barriers and social distancing signage, it actively delisted PPE items that it previously had in its portfolio. It also, incidentally, did not take part in any government-funded furlough/short-time work schemes. The increases in sales, says Veit, were due to unprecedented demand for school supplies as a result of homeschooling, and huge interest in arts and crafts.

2021 looks somewhat different. Particularly as of April this year, sales have been severely down, with even the back-to-school season in the summer offering no respite from the downward trend. This is particularly the case in soft-carrier’s German market where uncertainty – as regards another COVID wave, more lockdowns, supply chain issues, unsustainable inflation and perhaps pending insolvencies that didn’t really happen in 2020 thanks to government support schemes – reigns supreme right now.

The same cannot be said for its other markets. France has been flat – not down – but Switzerland is buoyant, according to Veit. Overall, judging by the wholesaler’s year-to-date performance, he’s expecting an overall revenue decrease of up to 20% if Q4 continues in the same vein, due entirely to the performance in Germany – both Switzerland and France are growing again as of the end of Q3.

Undeterred by the challenges, Veit remains positive and is ploughing on with his investment in a 3,000 sq m (30,000 sq ft) high-tech logistics expansion which is being built right next to its existing warehouse so that ultimately all logistics processes can be integrated. With the actual building due to be finished by the end of this year, the new facility will become operational in 2022.

2019: It’s been another challenging year at German wholesaler soft-carrier, according to Managing Director Thomas Veit. As a result of continuing declines in traditional OP as well as in IT consumables – the latter being the company’s original focus – the wholesaler has further expanded into adjacent categories.

Its total SKU count now totals 70,000, an increase of about 10,000 over the past two years alone. This expansion and the search for new customers, says Veit, is one of the core prerequisites for its continuing success.

Across its markets, revenues are slightly down from last year at around €60 million ($66 million), due to decreases in the German market. France and Switzerland, meanwhile, are doing well for the company as the wholesale concept is not under as much pressure and consolidation has already happened to a greater extent.

Veit adds that the demise of ADVEO Germany has not benefitted soft-carrier as the company will not enter into pricing negotiations and agreements that are not sustainable. As such  – unlike some of its competitors – it hasn’t picked up a sizeable proportion of customers.

2018: It’s been a year of little fundamental change for Germany’s soft-carrier, according to Managing Director Thomas Veit. Most of the wholesaler’s activities have been a direct result of what’s happening in the market at large – consolidation in all channels due to succession issues as well as what Veit describes as a generally lethargic attitude with regards to the future of the industry.

With that sobering outlook in mind, it’s difficult to attract and retain high-quality staff, meaning that Veit himself is more and more involved in the day-to-day running of the wholesale operation.

In an effort to offset declines in traditional OP, soft-carrier continues to put much focus on new product categories which has been broadly successful for the company although, Veit admits, it still doesn’t compensate for losses in that area.

Soft-carrier has always been a very lean operator, with a considerable amount of its customer base falling into the ‘internet-savvy, cost-conscious’ category. For its more traditional clientele, meanwhile, the wholesaler has recently begun to forge a closer relationship with dealer group Büroring.

Indeed, for a company that has always been staunchly independent with relatively little happening in terms of collaborative efforts, soft-carrier is becoming more open to partnerships – highly indicative of the state of the market, says Veit.

Solutions and services are also becoming more important and investments in this area are becoming more prolific than in the actual wholesale logistics side of the business.

2017: Germany’s soft-carrier remains for now one of the rare pure-play wholesalers in its home market and the wider European regions it serves. That said, Managing Director Thomas Veit is acutely aware that market and industry evolution may dictate changes that will ultimately result in a more hybrid approach – similar to what’s been happening at other wholesale operators across Europe.

The market remains tough, Veit admits, and while soft-carrier posted good results from Germany, France, Benelux, Austria and particularly its growing Switzerland business, 2017 was a difficult year – for the wholesale community and the industry as a whole.

Soft-carrier’s answer to the challenges has been an ever-broadening product range that is available to its customers – 60,000 SKUs now – and which includes growing categories such as facilities supplies and DIY, and a much-reduced emphasis on traditional office supplies. The wholesaler also has a very lean and centralised logistics operation and a strong focus on its web shop.

One of soft-carrier’s core differentiating factors remains its 100% focus on branded products – it has no private label range and that is something that is never going to change, according to Veit.

2016: It’s been a year of milestones at soft-carrier. The Germany-based wholesaler in 2016 celebrated 30 years since its inception, ten years of operating in France – including an impressive 20% growth in the country just this year – and also ten years of its ‘brand shop concept’ for the German dealer community.

It’s new (operational since 2015) business in the Netherlands is also performing in line with expectations, says Managing Director Thomas Veit, while the stage is set for market entry into Belgium in 2017.

Veit’s focus for the year ahead remains the same: further extensive product category expansion, ongoing consolidation/collaboration, and continuing digitisation as well as automation in its processes.

He also sees a real potential impact of Brexit on its operations, predicting a diminished role of British suppliers in the German trade in general and at soft-carrier in particular.

2015: Expansion has been – and continues to be – the name of the game for soft-carrier. The Germany-based wholesaler expanded into Benelux at the beginning of 2015 and has been making good progress there, particularly in the Netherlands.

Managing Director Thomas Veit is keenly aware that, to grow the company, further expansion is inevitable, either through acquisitions or collaborative partnerships and that is one of the core priorities for 2016.

With its web-only ordering model soft-carrier already has a highly efficient, low-cost business, but Veit also points to the need for substantial product expansion in order to counteract the ever diminishing demand for – and revenues from – IT consumables and traditional office supplies.