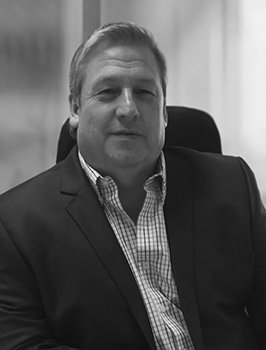 2019: Before being appointed CEO of UK-based SPOT Group earlier this year – he’s been in the role now for about seven months – Steve Horne had a varied career in a number of industries and channels. This, he says, “prepared him well for the job in hand, allowed him to leverage all his previous experiences into one role and gave him the opportunity to change an industry by embracing what modern customers want”.

Horne started his career in manufacturing, working in both the rag trade and soft furnishings. He then moved to retail and into sales and operational positions at Lowndes Queensway and Wickes Building Supplies. At Wickes, he changed from sales into a supply chain role and was ultimately part of the team that sold Wickes to Travis Perkins for £950 million ($1.19 billion). Having stayed for two years on the Travis strategy board, he switched industries again, joining Unipart Automotive as Sales, Operations and Supply Chain Director. He left two years later to build Euro Car Parts from a £160 million to a £1.3 billion business. Before he started his role at SPOT Group, he was Group COO at Euro Car Parts.

As his various jobs illustrate, much of Horne’s career has been spent identifying opportunities, driving profitable growth and building value – organically and through M&A – all things that should stand him in good stead at the multilayered SPOT Group which is facing many industry-specific as well as macroeconomic challenges, both at a wholesale as well as a reseller level, ie from a Spicers and OfficeTeam perspective.

Since joining, Horne says SPOT has successfully reengineered its logistics infrastructure by rationalising and simplifying its supply chain. The management team has been restructured to give clearer focus and accountability. The group also completed the sale of its Oyez Professional Services and Waterlow Business Supplies legal and HR forms and software businesses, collectively known as OPS.

For more on Horne and his vision for the SPOT Group, look out for our Big Interview in the November issue of OPI.