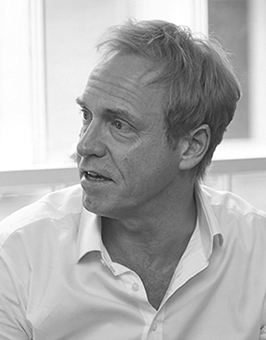 Simon Drakeford was made CEO of UK-based online reseller and technology platform provider EO Group in 2007. He is also Chairman of industry association BOSS.

To read more on Simon Drakeford and EO Group, read the following:

OPI Talk podcast: The importance of technology – and pride – in our industry

Solid year of progress for BOSS

2021: EO Group’s fortunes over the course of the pandemic have been mixed, that’s for sure. With revenues in 2020 standing at about £43 million ($59 million), EBITDA at the time had dropped to roughly £800,000. Wind forward a year and now the company is growing again. And while for the whole 2021 financial year, revenues were approximately £30 million – down 25% excluding the impact of the Italy sale at the end of 2019 – EBITDA actually increased 43% to £1.2 million.

Office Power, the group’s highly flexible technology and services provider, now constitutes the biggest component of the overall company, with revenues accounting for about 40%. During COVID-19, it grew both in terms of its top line and the number of dealers using the platform.

Another component of EO Group, online reseller Euroffice, might conceivably also have benefitted from the pandemic amid the dominant e-commerce focus. But this was not the case, according to CEO Simon Drakeford. In a recent Big Interview with OPI, he said: “During the first lockdown, our traffic went up dramatically and we saw a spike in orders. But it was lower-quality traffic which impacted the bottom line. We’re a B2B business – we don’t make money on consumers.”

Overall, Drakeford feels hugely optimistic about EO Group in particular and the industry in general. “I think as an industry we do talk ourselves down quite a lot, saying our products aren’t very sexy, for instance. Maybe they’re not, but I do believe that relationships people have with their work tools are actually very deep, perhaps second only to the relationships they have with their mobile devices. And these work tools include stationery and all manner of business supplies. Our sector needs restructuring and a bit of correction in the supply chain. But never forget how relevant our product is and what an amazing job we have done in terms of pivoting in recent times.”

2019: Under the leadership of CEO Simon Drakeford, EO Group has continued its evolution with reported annual sales of £40 million ($49 million), a year-on-year increase of just over 3%.

The group comprises Euroffice, UK Office Direct and Office Power, with the latter being the primary driving force behind the group’s top-line growth. The Office Power dealer technology platform now has 50 dealers on board and at the beginning of 2019 launched a new Partner Success department. Heading the team is Mark Davies, who has years of experiences from a dealer business perspective, along with industry, technology and supplier knowledge.

In June, Office Power was awarded the Stationers’ Certificate of Innovation for technological enhancements to its CRM functionalities. Further adding to its collection of trophies, Office Power also took home the ECMOD Direct Commerce award for Best Exploitation of Technology (sales up to £25 million – B2B) award for the fourth year running. Meanwhile, Euroffice was the winner in the Office & General Business Supplies Brand category.

As an active member of the UK OP industry, Drakeford has been involved as one of the non-executive directors of trade association BOSS for several years and in May was elected as the new Chairman.

2018: Simon Drakeford has grown Euroffice Group (EO) to more than double its annual sales – from £18 million ($25.7 million) to nearly £40 million – according to the latest figures. Prior to joining EO Group, Drakeford had worked for telecoms providers T-Mobile UK and Orange, heading their e-commerce strategy.

According to Drakeford, the opportunity was too good to pass on and EO Group soon took over Eurostat’s four UK offices. It has added the business to its Office Power subsidiary, where revenues are already up 75% year on year – encouraging news for the initiative that now has 45 dealers on board and which has been the focus of much investment over the past few years.

The Eurostat deal was followed by the appointment of former Tesco.com boss John Browett as EO Group’s non-executive Chairman. Drakeford met Browett via a mutual contact and is looking to tap into his tech-related experience with big consumer retail brands – including Apple.

2017: UK-based EO Group, under the leadership of CEO Simon Drakeford, continues to focus its investment on Office Power, the group’s independent dealer technology platform. With 74% revenue growth and a 48% increase in the number of dealers in the past 12 months, the platform continues to enjoy strong growth.

Drakeford has most recently bolstered his management team with the appointment of a new Head of Trading and a new Head of Category. The high-calibre team is expected to prepare the group for further growth in 2018.

2016: The Euroffice Group was renamed EO Group in 2016 in order to give it a different identity to that of its operating entities – online resellers Euroffice and Office Direct and independent dealer technology platform Office Power.

Group CEO Simon Drakeford is certainly counting on Office Power to spearhead the next stage in EO Group’s growth and this continues to be a major focus of investment, including the appointment in May of the experienced Tristen Hinds as Business Development Manager and the expansion of the dealer roadshow programme across the UK. Drakeford firmly believes the Office Power solution will be able to provide dealers with a sustainable business model as the OP industry undergoes enormous structural changes.

Drakeford has recently strengthened the leadership team at group level, bringing in Neil Tinegate to the role of EO Group COO. This will enable senior management resources to focus on all areas of the business.

2015: Simon Drakeford’s Euroffice Group is coming off the back of a period of serious investments in a new technology platform, mobile commerce capabilities, the Office Power initiative and international expansion into Germany.

Drakeford has recognised that growth in the core online business is likely to remain sluggish, but wants to leverage Euroffice’s technology and e-commerce expertise by offering the Office Power platform as a sustainable growth solution for small and medium sized dealers.

Office Power was recognised in July when it won a Stationers’ Company Innovation Excellence Award, and its membership growth prospects recently received a boost with the arrival of former XPD Marketing Director Steve Robinson in a business development role.