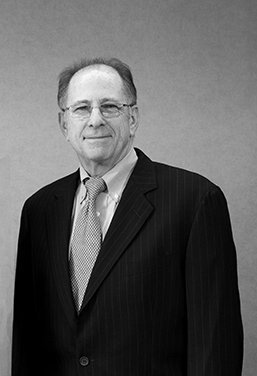 2021: Predictably, the past 18 months have been very difficult for New York-based The Weeks Lerman Group (TWLG).

Under the direction of CEO Sid Lerman, the dealer had to react quickly to the ‘new normal’, successfully expanding the breadth of its PPE products, for example, thanks to long-standing relationships with key manufacturers and importers. It was able to maintain stocks of hard-to-secure items, thereby ensuring that the country’s major healthcare facilities, charitable organisations and other customer groups were able to continue operating throughout the crisis. The company also collaborated with other local dealers in the NYC area, securing products for them if they were struggling.

Lerman worked closely with his senior management to furlough the minimum number of staff required to counterbalance the drop in demand for traditional products, without needing to initiate any major layoffs in overall personnel numbers.

The company believes that it has given its staff, customers and vendor partners confidence in the survival of TWLG by demonstrating much-needed agility and flexibility throughout these troubled times.

While margins in traditional OP categories are proving difficult to maintain, TWLG’s expansion into categories such as jan/san and facilities management, furniture, breakroom and managed print services has proven very successful.

In the past 12 months, TWLG successfully undertook a multi-million dollar renovation of its corporate headquarters. The company also updated its technological capabilities by integrating a web-to-print storefront into its e-commerce portal.

The business has continued its backing for not-for-profit and community-based organisations. This includes ‘Operation Backpack’, run by Volunteers of America in the greater New York area. Lerman has been a long-term supporter of this programme and was last December honoured for his many years of service at the organisation.

In an ever-changing and challenging marketplace, the company continues to thrive and while sales in traditional OP categories are on a declining trajectory, TWLG has managed to expand its business in other areas, with managed print services, coffee and breakroom, furniture and jan/san all seeing significant growth.

TWLG is currently undergoing a large, multi-million dollar renovation to its headquarters. It’s also expanding its technological capabilities, with plans to integrate a web-to-print storefront onto its e-commerce portal. This will allow end users to customise adverts for specialty products directly from their own computers. The project is expected to be rolled out in Q4 2018.

TWLG continues to support not-for-profit and community-based organisations such as Operation Backpack, an annual programme run by Volunteers of America in the greater New York area, and Lerman himself is often on the front line. TWLG staff also help at other community-based programmes, including Adapt Community Network, Services for the Underserved and Breaking Ground.

2017: Very much in line with what the business supplies industry as a whole is experiencing, New York City dealer The Weeks Lerman Group (TWLG) missed its growth goals in the traditional OP category in 2017. As CEO Sid Lerman points out, the company is seeing margin erosion to existing customers in that category due to competition from the big boxes as well as Amazon.

And although TWLG hasn’t been hugely successful with telemarketing and email campaigns in this category, it made up for this with great strides in other segments. Coffee and breakroom, copier and MPS sales, and janitorial supplies are all burgeoning categories according to Lerman, chiefly due to the recruitment of new and energetic directors leading these divisions as well as salespeople becoming more comfortable pushing non-traditional sales. The company has also put great emphasis in 2017 on highlighting the benefits of single sourcing and community spend to its customer base.

2016: Weeks Lerman continues to refine its single-source model. The past 12 months has seen a big push in the breakroom category, including distributing New York-ground coffee in response to the growing buy local trend in the market.

The growing demand for environmentally friendly products and solutions is also something that Weeks Lerman is working hard to exploit.

2015: While 2015 got off to a slow start for Weeks Lerman, it is still New York City’s leading independent dealer with sales of about $90 million.

According to CEO Sid Lerman, the sales team has been working hard in getting the reseller’s single source local partnership message out to the market, and that success is manifesting itself in sales of new categories to existing customers.

Growth categories are primarily jan/san, coffee and breakroom, technology supplies and document management. In order to strengthen its ability to compete in these sectors, Weeks has secured directors with a proven track record to spearhead the divisions and execute business plans to meet its growth goals.

Over the course of the year, the reseller boosted its document management credentials by gaining direct partner status for two leading copier vendors, as well as Preferred Partner status with HP.