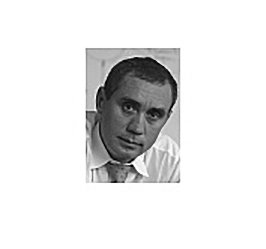 2021: Komus is one of the largest OP companies in Russia. General Director Sergey Bobrikov oversees the organisation which, in addition to traditional business supplies, also operates in the household goods, food products and furniture verticals. The company additionally provides its partners with consumables such as packaging, staff uniforms, PPE and medical supplies.

Over the past year, Komus managed to avoid the worst aspects of the COVID crisis by rapidly adjusting its business practices to reflect changing consumer needs.

As Bobrikov explains: “During the crisis, our company reacted to the drastic changes in working practices by helping our partners solve their most pressing problems. Komus assisted in the creation of homeworking spaces by making furniture and office equipment more readily available. Additionally, the business provided hospitals with hard-to-source medical commodities and offered goods and services for professional cleaning and disinfection, while also selling providing disposable clothing and PPE.”

Growth in online sales has acted as a catalyst, accelerating the digitisation of the company’s business practices, and considerable effort has been spent recently on making the Komus website more user friendly.

Bobrikov reports positive sales dynamics over the past 12 months amid recovering market sentiment. In the medium term, the company aims to grow its involvement in the professional cleaning and sanitation sectors, as well as making further inroads into the supply of educational products.

2019: Komus, under the guidance of General Director Sergey Bobrikov, remains one of the largest OP companies in Russia, supplying an ever-broadening range of products to both offices and schools. Its assortment now includes adjacencies such as packaging, PPE and medical consumables.

The business is headquartered in Moscow, but operates out of seven logistics centres across the country. Komus receives upwards of 12,000 orders a day in Moscow alone, where it promises next-day delivery. To manage this, it has recently invested heavily in logistics, setting up a new space-saving, narrow-aisle warehouse, where nine state-of-the-art electric order pickers operate. These incorporate the latest navigation technology that wirelessly communicates directly with the warehouse management system. This then guides orders automatically to their destination via the shortest routes, resulting in time savings and increased efficiency.

2018: Sergey Bobrikov is General Director at Komus, one of the largest OP companies in Russia. Headquartered in Moscow, Komus supplies goods to both offices and schools and its expanding inventory now includes furniture, packaging, PPE and medical consumables.

The business operates out of seven logistics centres across the country, with 41 regional offices and 96 retail outlets spread across 84 Russian cities. The company sponsors many events across the country which this year have included a beach volleyball competition and the annual ‘Miss Office’ beauty pageant. Komus also supports charitable foundations such as ‘Sozidanie’ which aims to provide school supplies for children of low-income families.

2017: With seven logistics centres, over 40 regional offices and a presence in almost 90 cities with around 100 retail outlets, Komus remains one of the biggest business supplies firms in Russia.

In June, Komus launched a mobile and tablet version of its e-commerce platform.

2016: Komus remains a leader in the supply of office products, computer equipment and packaging in the Russian market.

The company is also the official distributor of over 100 global brands including the exclusive distribution rights for Kores, Sax and Bantex.

Recently, Komus launched a new furniture service for offices, hotels & restaurants and the home, and it has also continued to expand its online delivery service, adding another four regions so far this year.

2015: A leader in the Russian market for office supplies and computer equipment and one of the largest suppliers of paper, cardboard and plastic packaging in the country, Komus continues to dominate the OP landscape.

But that doesn’t mean the company sits back and simply enjoys its position. Instead, under General Director Sergey Bobrikov, Komus has continued to open retail stores across the country at a fairly rapid pace, taking its current total to almost 100. The company has also been increasing its B2B presence and now has sales offices in 84 cities.

Taking advantage of the growing online population, Komus recently updated its website while continuing to expand its online delivery service throughout Rusisa.