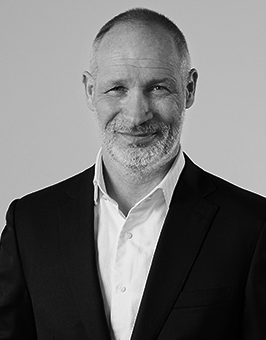 Richard Scharmann has been CEO of pan-European multichannel operator PBS Holding since 2005.

For more information and news on RIchard Scharmann and PBS Holding, read the following articles:

2021: Richard Scharmann was recognised by his peers in 2021 when he was named as the recipient of the Industry Achievement award at the European Office Products Awards. This deserved reward came following several years of impressive growth and development at the Austria-based multichannel player.

PBS Holding has played a significant role in industry consolidation in the twentieth century and it made two further acquisitions in 2021. In February, it purchased the Staples Solutions Global Accounts Team, the unit that handles international contract accounts. Then, in April, PBS strengthened its position in the German wholesaling channel when purchased regional distributor Hofmann & Zeiher, which operates in the Frankfurt-am-Main area.

Scharmann is expecting M&A opportunities to accelerate as Europe comes out of the COVID-19 pandemic, with the increasingly uncertain future and eroding top lines prompting investors to divest their assets.

2020: Pan-European multichannel operator PBS Holding had a record-breaking year in 2019, racking up sales of €342 million ($404 million) versus €270 million in the previous 12 months. While much of that growth was due to the acquisition of Office Depot’s Central Europe (CE) operations in late 2019, there was still low single-digit organic growth.

In particular, businesses in Poland and Hungary grew nicely while the launch of the Desktoo wholesaling operation in Italy added around €7 million to the top line. EBIT and EBITDA were also at record levels, despite the start-up costs in Italy.

The group’s performance in 2020 is proving to be more resilient than first expected when the seriousness of the coronavirus crisis became apparent in March. CEO Richard Scharmann had initially forecast a 20% dent in full-year sales, but has since revised this to 10%. Desktoo has been performing ahead of expectations and is set to triple revenues year on year, the back-to-school season in Germany is on a par with 2019, and sales of PPE products have helped offset declines in traditional categories.

Like many business leaders, Scharmann has been focusing on managing cash flow and this is, in fact, up in 2020 versus last year. Tax payment holidays, government subsidies and a pull-back on investments have all contributed to PBS maintaining its sound financial position. The CEO believes that not all market players are on such a solid footing, and expects M&A opportunities to increase in the coming months.

In terms of PBS’ projects, the success of the wholesaling business in Italy has triggered the search for larger premises – with a likely move in mid-2021. Its strategy for the CE region, meanwhile, will need to be finalised when the rights to use the Office Depot name expire at the end of next year.

The past 12 months have seen the launch of a new wholesale operation in Italy, located in Milan. According to Scharmann, it aims to provide the most comprehensive and sophisticated system-solution currently available to Italian dealers.

2018: It’s been a “reasonable” year for Austrian multichannel operator PBS Holding, says CEO Richard Scharmann. Sales were up by 1.5% to €253 million ($295 million), a result that was impacted by a 6% fall in the German market caused by PBS not wanting to get dragged into a price war with a competitor – assumed to be ADVEO.

2018 is looking better with revenues at the company’s Alka wholesaling unit in Germany up 30% for the first five months of the year. This has helped PBS’s top line move 7% ahead of the 2017 figure for the period. Markets such as Poland and the Czech Republic have enjoyed double-digit organic increases, with Germany, Slovakia and Austria also growing in the mid-single digits.

A proportion of the sales rises is also due to the acquisition of southern Austrian reseller Strein in October 2017. Scharmann reports that the integration of that business is now complete and that Strein’s strength in facility supplies is a “good fit” for PBS as it continues to diversify its product offering.

Looking ahead, Scharmann expects PBS to make further acquisitions in the coming 12 months, either in existing geographies or new markets.

2017: This year has so far been a game of two halves for Austrian multichannel operator PBS Holding. While its direct business in all the countries it operates in is growing by approximately 5%, the wholesale business in both Austria and Germany has been negatively affected by dealer consolidation in those countries, making the combined top line flat. On the brighter side, however, its Polish wholesale operations have been posting low double-digit growth figures.

Overall, it’s been a year of investments for the company, both front and back-end, and CEO Richard Scharmann confirms that PBS Holding will be launching two major online initiatives before the end of the year. These initiatives, he says, will offer up-to-date centralised web shop solutions as well as centralised marketing campaigns to its franchise partners.

Scharmann refers to another tough year for a number of operators in the market, with consolidation an ongoing trend. PBS Holding itself acquired one of its former competitors in July. Strein, a local market leader in southern Austria, is now part of the company’s Büro Handel B2B operation.

2016: PBS Holding CEO Richard Scharmann says that “consolidation is everywhere” in the office products industry at the moment, so he is keeping a close eye on developments in the market and is “ready to step into opportunities without hesitation”.

In terms of PBS Holding’s recent performance, sales have been steady at around the €250 million ($275 million) mark, but there has been a strong focus on profitability improvement, with earnings up 35%.

Channel-wise, contract sales have begun to pick up again despite further declines in the EOS category, while wholesaling in Poland has been strong, growing by 18%. In fact, Scharmann says that all PBS’s markets in eastern and central Europe are performing well – logistics in Poland and Hungary have been expanded and operations in Slovakia have moved to a new facility, almost doubling capacity there.

Further investments have been made in IT systems. Two major SMB online projects are under development and scheduled for launch in the first half of 2-17. The group is also busy rolling out its latest dealer ERP solution to more than 1,300 clients in Austria and Germany, with other markets set to follow in the next few years.

A new licensing agreement for the Donau product line has also been signed with Switzerland-based manufacturing group Biella.

2015: For Austrian multichannel operator PBS Holding, the past 18 months have been about finalising the integration of its recent acquisitions and for all acquired companies to become fully operational within the PBS framework.

Group CEO Richard Scharmann points to the company’s strong financial performance – despite tough trading environments in its core markets – and cites operational excellence as a main cause for this.

There’s been plenty of focus on the large German market where all operations were brought onto one ERP platform in the summer of 2015. In October, PBS Holding’s first B2C end user web shop is going live in Germany and Austria.

Looking ahead and given that its markets are unlikely to improve in terms of demand, PBS Holding is expected to go on the acquisition trail again in the foreseeable future.