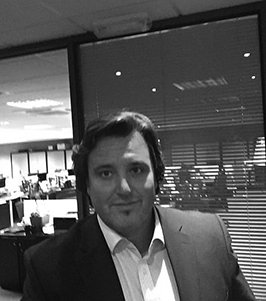 2019: The acquisition spree that has defined Complete Business Solutions (CBS) over the past couple of years seems to have slowed since the end of 2018, with only two major purchases made under the watchful eye of CEO Richard Coulson.

In November 2018, CBS bought Derby-based Irongate, the final member of the Vertical Alliance, after Coulson acquired Office Gold and Anglo Office Group earlier in the year. This took CBS sales to £120 million ($156 million) and added a specialist in-house web to print service, as well as another key regional position.

Fast-forward to August 2019, and CBS has managed to break the £150 million barrier with the acquisition of high-profile business services provider Bluefish and its subsidiaries. The deal gives CBS another three sites, taking it to 24 locations across the UK.

All the deals fit with Coulson’s strategy of building its national and regional footprint, and the company is now well on its way to meeting his expectations of doubling the £80 million in sales it achieved at the end of 2017 by next year.

Investment by private equity firm Abercross Holdings to the tune of £20 million in late 2017 has helped expedite Coulson’s strategic plan to build up the company over the next five years through organic growth and acquisitions. The reseller made three significant purchases in 2018: OP dealer Office Gold, IT and technical services company Simply Outsourced, and managed services provider Anglo Office Group. The addition of these businesses takes Complete’s locations to over 20 across the UK.

Complete has grown from £8 million in revenues in 2012 to reporting sales of £80 million at the end of 2017 before adding the latest acquisitions over the past few months, representing a phenomenal annual growth rate of 40%. Coulson expects to double sales by 2020.