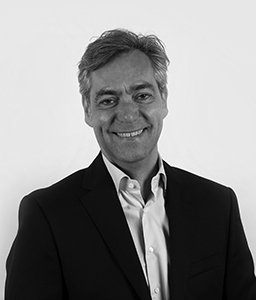 2019: Raffael Reinhold was named CEO of Office Depot Europe in April of this year, succeeding Neil Maslen whose stint at the reseller, in the top spot certainly, was quite short-lived, lasting only just over a year.

Reinhold, an operating partner at parent company Aurelius, now combines the CEO position with his previous role of Chief Sales Officer for the Viking Direct channel. He took over that position in September 2018 – initially on an interim basis – following Oliver Klinck’s departure.

Before joining Aurelius in early 2017, Reinhold held senior management positions at retail and mail order operator KarstadtQuelle, and travel company Thomas Cook, both of which were owned/part-owned by what became now-defunct entity Arcandor.

Tasked with leading Office Depot Europe through its continued transformation, with a “strong focus on further growth, customer experience, e-commerce and technology”, Reinhold definitely has his work cut out and for now, there appear to be more questions than answers.

Competitor Staples Solutions has recently agreed to sell quite a few of its assets in Europe. It makes you wonder: will Depot Europe do the same in some measure to create a more streamlined operation? It still has retail outlets in Sweden and France. That said, France’s Managing Director Guillaume de Feydeau recently committed to its omnichannel strategy. Then there’s the once formidable Viking brand to throw into the mix. It will be interesting to see how Reinhold goes about creating a new and well-accepted identity after several years of cuts, changes and transformation.

On an unrelated note, Office Depot Europe earlier this year selected CommerceHub, a distributed commerce network specialising in drop-ship technology, to help expand its product assortment and create a more efficient supply chain for the company.