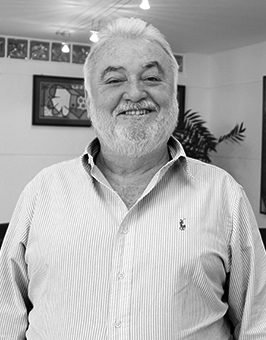 2021: Kalunga, with Paulo Garcia at the helm, now commands a 17.7% market share as Brazil’s largest OP retailer. It specialises in office and school supplies solutions, with over 220 stores spread across 20 different states.

Despite the COVID pandemic and recent economic volatility, the Brazilian OP market is currently enjoying high levels of growth. Kalunga’s diverse portfolio of products means it is able to respond to the needs of a wide range of individual consumers and companies.

The operator has 13 private label brands and works with a large network of approximately 450 partners and suppliers, selling more than 11,000 SKUs. In addition to the aforementioned school and office supplies, it’s also a strong contender in the IT, breakroom and furniture sectors through both its bricks-and-mortar outlets and the Kalunga.com e-commerce website.

The migration from offline to online sales has been a significant trend in recent years, with Kalunga seeking to maximise the synergies between the two. In 2020, digital sales accounted for 24% of the company’s total, with overall sales across all channels amounting to R$2.5 billion Reals ($460 million).

Kalunga has a strong commitment to sustainability, encouraging its customers to recycle used materials by offering price incentives. It created the Your used notebook is worth a discount campaign and through this initiative has been was able to recover and recycle more than 1,300 tons of notebook sheets to date.

Away from the office, Garcia continues to be a committed advocate for the Corinthians – the São Paulo soccer team the company has sponsored for over ten years.

2019: Kalunga is the largest office supplies reseller in Brazil. Under the leadership of CEO Paulo Garcia, the company has continued to grow over the past 12 months, with the opening of a new store in Mooca, a district of São Paulo, bringing the total now to 188.

Kalunga says that its focus for the year ahead will centre on opening more branches, targeting seven new outlets that will primarily be located in shopping malls. It will also be expanding its e-commerce and digital marketing strategies, with an increased emphasis on the use of social media networks.

The company now stocks over 11,000 SKUs and has expanded into non-traditional categories covering a diverse range of products including laptops, mobile phones and even drones.

2018: Paulo Garcia is CEO at Kalunga, the largest office supplies reseller in Brazil. The company stocks about 11,000 SKUs covering a wide range of sectors, from general OP through to computers, school supplies, furniture and breakroom products.

Kalunga has a widespread high street presence and has recently increased the number of its retail outlets to 187, all located in major towns and cities across Brazil. In addition to physical stores, the reseller also operates through telesales and e-commerce channels.

Away from the office, Garcia is a committed advocate for the Corinthians – the São Paulo soccer team the company sponsors.

2017: The Brazilian reseller continues to enjoy commercial success and now has 172 retail outlets across the country. On a personal note, Kalunga’s CEO Paulo Garcia has announced he will be running for presidency of the Corinthians – the São Paulo soccer team the company sponsors – in February 2018.

2016: Kalunga appears to hit the headlines more for CEO Paulo Garcia’s involvement in – and sponsorship of – Sao Paulo soccer team, the Corinthians, as opposed to the reseller’s success in the Brazilian through physical retail outlets – which now stand at 147 – its e-commerce operations as well as a growing corporate contract division. Kalunga’s 2015 revenues stood at R$1.9 billion ($595 million).

2015: For leading Brazilian reseller Kalunga, increased expansion across the country comes from physical retail outlets and e-commerce, plus its corporate contract division.

The company opened around 20 new stores in 2015, taking its total to more than 140 outlets across the country. The reseller said it looks to enter Brazilian cities that offer a population in excess of 200,000-300,000 inhabitants.

Kalunga.com figures are equally impressive, offering over 11,000 items from more than 250 suppliers in 23 product categories. New services added to the website include order tracking, a mobile site and extended product warranties.