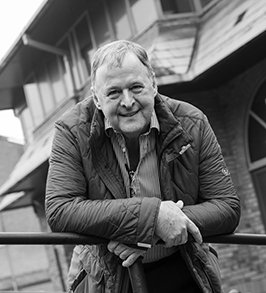 2021: The key focus over the past 18 months for Nectere Managing Director Paul Musgrove has been on enhancing the market position of the group’s members. This has been achieved via integrating systems and stripping out unnecessary dealer costs, developing product ranges and implementing a new e-commerce trading platform.

The dealer services provider’s latest e-commerce offering tailors a dealer’s website and online product catalogue to their requirements, allowing them to utilise a Lite, Pro or Platinum model that works for them. The launch comes as Nectere opens up over 250,000 new product lines exclusively with content specialist FusionPlus Data and EvolutionX. Musgrove says the online platform aims to give dealers access to over one million products, creating an infinite aisle to cater for their customer needs, ensuring they stay competitive and relevant.

As the group continues to position itself for the next period of growth, it has boosted its board with the appointment of three new members: Charlotte Eyre, Kerry Devin and Heema Naik. According to Musgrove, the selection ensures Nectere has commercial, procurement and technology representatives, helping push the company into a new phase of growth and technological advancements.

2019: Over the past nine years, Nectere has proven it has a viable model – away from that of a traditional dealer group – which can be adapted to different kinds of operators. Now with 185 dealers in the UK and 26 in Ireland, the group’s integration of technology and unique product approach positions it as a cost-saving solution to independents.

Nectere is currently focusing on increasing its existing product categories, while developing and enhancing new and innovative ranges for dealers to expand into, and helping them to remain profitable in a struggling marketplace.

Managing Director Paul Musgrove is acutely aware of the need for dealers to recognise that they need to change. With the industry shrinking, leveraging supplier relationships and helping independents expand into adjacencies such as workwear and uniforms, breakroom and medical supplies is vital to securing their growth.

With plans to continue to integrate technology into all aspects of the business, Nectere has further invested in its software development robots in order to streamline processes and minimise costs for dealers. Indeed, Musgrove says that the robots are integrated as ‘members of the team’ and certainly add a sense of character at the company’s Birmingham head office.

The group is confident that, through automation and stripping out costs, it can continue to grow. Having expanded his teams of web developers, data analysts, software programmers and marketeers, Musgrove is committed to creating a wide range of new opportunity areas for dealers.

2018: When it was first established in 2010, dealer services provider Nectere was initially somewhat derided as a last-ditch attempt for failing dealers in the UK to survive. Eight years on and the critics have been silenced, appreciating the now readily-accepted model of enabling independents – particularly in the under £1.5 million ($2 million) category – to drastically reduce their cost to serve while focusing on acquiring, retaining and growing their customer base in a difficult market.

Having moved into its new facilities in Birmingham in the summer, Managing Director Paul Musgrove asserts that this perfectly sets up the group – now in its biggest growth phase – for the future, allowing for plenty of space to expand and, importantly, train dealers in a wide variety of disciplines, including coffee, workwear and facilities supplies. As of April 2018, Nectere had 178 dealers in the UK and Ireland with combined revenues of £40 million.

The breakroom sector as a whole is a segment Nectere has been investing in this year. Another category with much potential is workwear. Musgrove refers to one of its dealer partners having won a uniform contract from one of the railway firms which is serviced in bulk orders and is “a very nice business to have”.

Musgrove is a firm believer in technology as a means to reduce cost in the supply chain. For the past five years, Nectere has been working with artificial intelligence robotic software that takes over and expedites certain functions, such as banking or general admin. When it moved into its new premises, Nectere had as many as 50 different robots for the customer service team and every department in the organisation.

See the Big Interview with Paul Musgrove in the June issue of OPI.

2017: Nectere is experiencing another year of substantial growth, new developments and an increase in members. Under Managing Director Paul Musgrove’s supervision, the dealer services group expects that by the start of 2018, one in ten traditional office products dealers will be Nectere partners.

With continued growth, the company has invested in new developments and systems, including the use of Robotic Process Automation (RPA) software, and the creation and implementation of a training division.

Nectere launched the first ever edition of its Your Education catalogue and working with a number of core category suppliers has incorporated specialist ranges which are unavailable through wholesale channels. In addition, Nectere released the first product – compatible toners – in its own brand range, ‘by red’, and has plans for further brand extensions next year.

Musgrove says 2018 will be all about refinement and improvement to streamline processes and systems following the implementation of new departments, new product ranges and rise in dealer numbers. Nectere also plans to extend its breakroom solutions and enhance its PPE offerings.

Earlier this year, the group was recognised as one of the London Stock Exchange Group’s 1,000 companies to inspire Britain.

2016: UK dealer services group Nectere represents a recent success story in the UK independent office products channel. Founded by Paul Musgrove in 2009, the group is now nearing membership of 150 with many smaller resellers attracted to its business model.

With this increased scale has come the ability to add more services. The group’s innovative delivery hub initiative has now expanded to 13 hubs – including a new London hub operated by a third-party carrier – and the group-owned Birmingham hub now acts as a central distribution centre (CDC).

The CDC is core to nectere being able to expand its product offering to its members, and this has been a focus area for Musgrove. The breakroom category has been expanded, including a distribution agreement with coffee giant Keurig, and Musgrove is also looking at other segments such as safety and personal protective equipment.

Nectere launched its Big Book catalogue in 2014 and it has already picked up two BOSS Federation Catalogue of the Year awards, including the 2016 prize announced in October.

2015: During 2015, Paul Musgrove has led UK dealer services group Nectere through rapid growth, including the signing of its 100th dealer in July.

Aiming to make independent dealers competitive and effective in the marketplace, nectere has expanded into product growth areas such as facilities management and managed print services, the latter of which was launched at the beginning of the year. The group also launched a new Partner Division, which assists members with development and growth.

Nectere recently enhanced its operations in the Republic of Ireland, which has helped the company record end-user dealer sales in excess of £20 million ($31 million), with the aim of reaching £30 million by mid-2016.