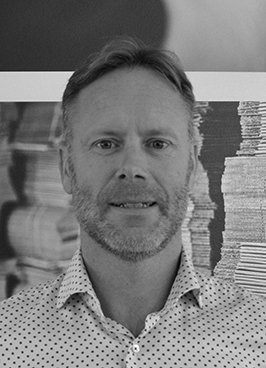 2019: As CEO of one of Sweden’s largest OP suppliers, Niklas Norström has been a busy man. He says the past 12 months have been intense, developing the company for growth and preparing for ever-changing customer demands.

This year, the focus has been on improving the business processes that were started last year, such as its distribution and warehouse systems, and a new CRM tool. Norström says the firm’s supply chain is now in good shape although work will continue in this area well into next year. “We are on track with most of our projects,” he adds.

AllOffice is making excellent progress in lowering costs, getting back to growth, and readying the business to start looking at acquiring new companies in 2020.

2018: Following the acquisition of fellow Swedish office products company Ocay in September last year, AllOffice is now one of the country’s largest suppliers of business supplies and services.

Owner Carl Lindgren has been on an acquisition spree for the past two years, acquiring eight companies including Ocay. AllOffice now covers a wide number of categories, including office supplies, jan/san, breakroom and coffee, packaging, work wear, furniture, and document management solutions. The addition of Ocay has boosted the company’s retail stores to 31 with sales approaching SEK1 billion ($110 million).

From the beginning of this year, all of the new businesses have been merged into one organisation under the AllOffice umbrella, and moved onto one ERP system. In March, Lindgren handed over the reins to OP industry veteran Niklas Norström, who joined the company from Durable Scandinavia, where he was also CEO. Prior to this, he enjoyed a long career with Office Depot.

The organisation has been challenged by the change of its ERP system, new management every year, and a poor implementation of its new central warehouse in 2017.

Norström, however, says he is extremely positive about the future of AllOffice and the business’s short-term priorities are to create a sales-driven company culture and create at best-in-class central warehouse and distribution system. To support the sales and marketing organisations, a new CRM tool was implemented in September.

Norström says distribution is vital for its business and customers, but a shortage of truck drivers in the country means the company is investigating other avenues including the use of its own drivers or local carriers.

Next year, the key objectives are to prepare the organisation for growth. “AllOffice now has the recourse and skills to drive profitable growth. In addition, through a more sales-oriented approach, the new CRM tool and improved central warehouse, we are building a platform to enable us to integrate any future acquisitions,” says Norström.