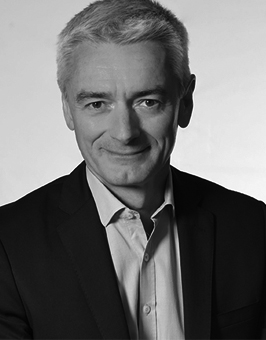 Founded in 1955, Bruneau is one of France’s leading business supplies resellers. CEO Nicolas Potier joined the company in 2010 and has successfully transformed the business from a largely France-focused catalogue reseller into a European B2B e-commerce player.

For more information on Bruneau and Nicolas Potier, read the latest articles:

2022: Under Nicolas Potier’s leadership, France-based reseller Bruneau continues to go from strength to strength. Following the acquisitions of Viking in Spain (2020) and Office Depot’s Italian operations (2021), the annual revenue run-rate is now around the €500 million ($570 million) mark.

Profitability has been solid too, helping Bruneau’s previous private equity owner Equistone to successfully exit its investment at the end of 2021. The new majority owner is TowerBrook Capital Partners, but Potier also brokered a deal that will see many of Bruneau’s staff also be shareholders in the company.

The shift to e-commerce which has been underway for several years (90% of transactions are now done online), as well as a robust delivery network that enables shipments to home addresses, have helped Bruneau come through the pandemic relatively unscathed. At the same time, the reseller has expanded its product ranges away from core office supplies – furniture, in particular, has become a successful category.

Current priorities include the integration of Office Depot Italy into Bruneau’s IT system, with a similar project also in the pipeline for Muller & Wegener, the Luxembourg dealer that is now 100% owned by Bruneau.

2019: Expanding its reach across the continent, France-based B2B OP reseller Bruneau joined European wholesaler alliance Interaction as an associate member at the beginning of the year. Bruneau CEO Nicolas Potier said the partnership would help the company benefit from economies of scale and the sharing of best practices.

As well as adding Interaction’s Q-Connect brand to its product assortment, Bruneau has also branched out into other categories this year. In June, it added gardening accessories and equipment with a range of around 150 items including tools, planters and pots.

It has been a mixed year for Bruneau. In March, the founder of the company, Jean-Marie Bruneau, passed away at the age of 88. He had started the firm in 1955 by selling stencil binders to offices in Paris and delivering them on his bicycle. He retired in 1995, but not before leaving behind a legacy that has helped build a €300 million ($330 million) reseller with almost 800 employees across five European countries.

This year has certainly affirmed that notion. In July, the reseller became a major shareholder in Luxembourg’s largest independent reseller Muller & Wegener (M&W) which, incidentally, is part of the EOSA purchasing alliance. M&W is the market leader in B2B office supplies in the country and also operates in neighbouring regions via its retail packaging business.

Bruneau has further broadened its services portfolio through a deal with telecoms and IT platform Keyyo, giving it access to a new customer market.

As well as expanding outwards, Bruneau has also undergone an internal reshuffle to improve customer relationships by bringing the Customer Service and Marketing departments under the leadership of Director of Marketing and Digital Ludovic Loy. In addition, as part of its strategy to focus on customer loyalty, the reseller has strengthened its sales team to provide more national coverage.

2017: It has been an important year for Nicolas Potier and French reseller Bruneau after it was acquired by private equity firm Equistone in July. Equistone’s move came just over two years after Bruneau was acquired by Weinberg Capital Partners and validates the strategy overseen by Potier which has seen mid-single-digit top-line growth (to €315 million in 2016), vastly improved EBITDA and a slashing of the company’s debt levels.

Bruneau has been investing heavily in e-commerce and this channel accounts for around 80% of the group’s sales. Now Potier says the company is looking to be able to make better use of ‘big data’ in order to improve productivity and the customer experience.

Product and service diversification has continued in the form of a new workplace refurbishment initiative called ‘Bruneau Amenagement’ and an expansion of the safety and packaging categories. Private label development has also been a priority and there are now more than 700 Bruneau-branded products.

With the backing of the new owners, Potier is now looking at external growth opportunities, including the possibility of entering new markets via acquisition, which is certainly something to keep an eye on in the coming months.

2016: France’s leading B2B office supplies reseller has been owned by private equity firm Weinberg Capital Partners since March 2015. It was a smooth transition to new ownership and the group was able to increase sales slightly in 2015 to around €305 million ($340 million).

A priority for the new owners was to improve Bruneau’s balance sheet and cash position. Measures taken over the past year under a new group finance director have greatly improved billing processes, cash flow and inventory levels. These have enabled the company’s debt to be halved.

Managing Director Nicolas Potier views his firm as principally an e-commerce player and, as such, continues to invest in adding digital capabilities and expanding the product assortment. Recent initiatives include the launch of an end-user digital magazine and the addition of new product categories such as office window blinds – with an online configuration tool part of the value-added service.

NEW ENTRY 2015: After a period of speculation and uncertainty, the future of France’s number one office supplies B2B delivery reseller JM Bruneau was assured in March 2015 when it was acquired by private equity firm Weinberg Capital Partners.

Founded in 1955, Bruneau has grown to become the leading pure-play direct office supplies reseller in France with sales of around €300 million ($330 million), although a portion of that comes from other markets such as Belgium. It also owns the Maxiburo website which was formerly OTTO Office’s French business.

Weinberg hasn’t shaken things up, placing its confidence in incumbent Managing Director Nicolas Potier, who joined Bruneau from outside the OP industry in 2010. Potier has been developing Bruneau on a number of fronts such as e-commerce capabilities, reducing costs to be more competitive and expanding the product assortment. He is also looking to grab market share in the national accounts arena.

Potier is a busy man as he is also the Chairman of French trade association UFIPA. One of his goals in that capacity is to develop closer cooperation between vendors and resellers in order to add value to the office products category in France.