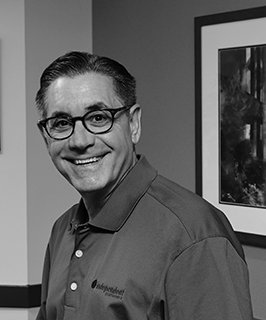 2021: Mike Gentile has not had the easiest of years as CEO of Independent Suppliers Group (ISG), having been plunged into a global pandemic in early 2020 and then losing his co-leader Mike Maggio to S.P. Richards a few months later. That said, many years of experience, an unflappable disposition, and a razor-sharp focus on the independent dealer channel have enabled him to keep calm and guide ISG’s members towards a post-COVID world. For more on the past year, read the Big Interview in the September/October celebratory 30thanniversary issue of OPI.

Most pressing on the agenda right now for Gentile is certainly Industry Week, which is due to take place in Orlando, Florida, from 7-12 November. The hope is that COVID will not throw another spanner in the works of this eagerly-awaited event. As he says in the Big Interview: “There’s so much we have to do with our membership that is difficult to do in any other format than a live, in-person annual meeting.”

2020: It’s hard to believe it was only on 1 July 2019 that the three leading dealer groups in the US – TriMega Purchasing Association under the leadership of Mike Maggio, Independent Suppliers Group (ISG) with Mike Gentile at the helm, and Pinnacle Affiliates under the chairmanship of Bruce Eaton – officially merged into a new entity.

Keeping the ISG name, Gentile became President of the new group, with Maggio as CEO. Under the vast new independent dealer group umbrella, ISG has around 530 shareholders and approximately 900 dealer members.

But how much has changed in the past year, not least Maggio departing ISG at the end of June following his acquisition of wholesaler S.P. Richards with fellow industry veteran Yancey Jones. This led to Gentile being named as CEO of ISG.

Throughout the pandemic, ISG has been on the ball, keeping its members constantly updated with new initiatives. These include a COVID-19 response website, a virtual supplier townhall and other online events, accelerated rebate payouts, extended invoice payments and a Back-to-Business campaign to help generate sales.