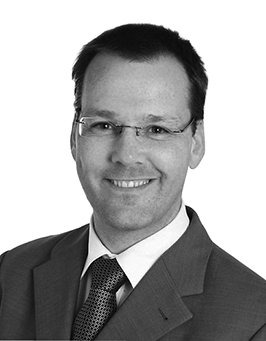 2019: Martin Kelterborn took over as CEO of Switzerland-based Offix Group in 2018. Former incumbent Peter Bühler has now sold the majority of his shares, though still maintains a 20% stake. Companies operating under the Offix umbrella include Ecomedia, Papedis, Oridis, Docuserv and Office Leader.

The past 12 months have seen the group’s acquisition of two businesses – Roost, a Swiss wholesaler of creative products and gadgets and IBS Künzler, an office supplies vendor in the Geneva area. In separate news, Papedis introduced a brand new, state-of-the-art online store in January this year, together with an advanced ERP system.

Offix Group suffered a heavy cyberattack in May of this year, which seriously disrupted the business for several weeks. However, as Kelterborn says, the group has recovered and emerged from the crisis stronger than ever, with upgraded IT systems that should prevent a similar occurrence.

2018 NEW ENTRY: Martin Kelterborn will take over as CEO of Offix Group on 1 September 2018. He replaces the previous incumbent, Peter Bühler, who will remain Chairman of the board until January 2019, overseeing operational management duties and assisting Kelterborn through the transition phase.

Current Top 100 entry and Offix Group’s Managing Director Stephan Iseli will remain responsible for all sales activities within the group. The change in personnel comes ahead of the company’s planned management takeover by purchasing cooperative Papeteristen-Einkaufsgenossenschaft (PEG), now known as Papedis.

Kelterborn joins from DIY and car accessories wholesaler Tegro where he was CEO for ten years. Prior to that he headed the procurement, marketing and sales departments at Migros subsidiary Office World which was sold to MTH Retail Group in Austria in October 2017.