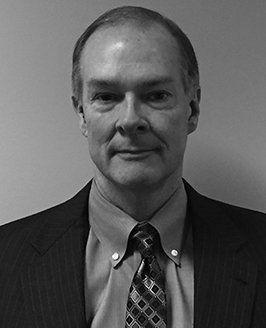 2021: With 68 AOPD members across the US, Mark Leazer has been in a good position to gauge the impact of the COVID pandemic on the country’s independent dealer channel (IDC). For some of the organisation’s resellers, 2020 was their best-ever year as they successfully sourced and sold PPE and hygiene products; others were more cautious and basically went into survival mode.

At AOPD itself, revenue through contracts was heavily impacted by office closures. However, since March 2021, Leazer has noted a significant improvement which is continuing into the back half of the year. The healthcare vertical – where AOPD has a contract with leading group purchasing organisation Premier – is doing particularly well. Betsy Hughes, who was instrumental in developing the Premier relationship with the IDC from her time at Friends Office, is now AOPD’s National Healthcare Sales Director, and the fruits of her labours are starting to pay off.

Two new supplier partners have been onboarded in the past 12 months as AOPD looks to offer solutions in adjacent product categories. One of these is leading office coffee supplier Keurig Professional; the other is Certain Supply, a new force in the PPE segment.

AOPD has been connecting with its members during the pandemic via virtual initiatives such as the AOPD University. This has helped dealers share ideas and best practices with each other. The organisation’s annual meeting in October 2021 is also going to be held online. To avoid ‘Zoom fatigue’ sessions are taking place over a two-week period, for just a few hours at a time.

With growth firmly in mind, Leazer says he is looking to re-invigorate AOPD’s sales into the federal government channel. The organisation’s current GSA contract will expire in 2023 and the groundwork is already being laid to renew this. A GSA-only member has also joined the AOPD ranks, and this will also benefit the wider membership in the federal space.

2019: AOPD continues to evolve as needed to stay abreast of industry changes and challenges. In the past few months, says Executive Director Mark Leazer, the group has added several dealers in key markets, with four new members now on-boarded and one more in the application pipeline.

He adds that the AOPD-owned corporate contracts keep on growing at or near double digits, including its NCPA cooperative contract and the Premier Healthcare Alliance GPO. The dealer network continues to add deals in its dealer-owned ‘Americas Model’, with 37 new contracts this year and over 500 in total at present.

Business partnerships with the supplier community have remained stable, asserts Leazer, with three additions in 2019 – Georgia-Pacific Pro, Procter & Gamble Professional and Zebra Pen. Its new branding initiative, which began in 2018, is gaining traction. AOPD has also become more active on social media and this will be an ongoing effort.

All these efforts combined have contributed to an overall growth rate of 5% through July 2019 and Leazer is confident that amid ongoing industry headwinds, many of its dealers are finding ways to invest in and grow their businesses.

2018: It’s been another busy year for American Office Products Distributors (AOPD) under the leadership of Executive Director Mark Leazer. While the dealer network has been actively monitoring the uncertainty and consolidation efforts in the industry, its board and staff have been diligently exploring how AOPD can be more successful in its primary mission – winning more regional and national account business for its members.

Part of this year’s efforts have been the launch of a new brand and website to more effectively reach its target markets. Along with that new brand, AOPD is developing more ways in which to become more seamless and cohesive in its marketing and technology. Continued development of its POS reporting module, PSN systems and preferred online subs and shopping lists of AOPD Business Partner products are some examples of this.

Importantly, explains Leazer, AOPD continues to grow, despite the secular headwinds in the industry, with figures up 6% in 2018 through July in AOPD contract sales. He remains confident that there’s a chance of double-digit growth for the whole year. “We continue to add new contracts at a consistent clip and have added two new healthcare GPOs in 2018 with a couple more at various stages in the pipeline,” he comments.

“In the face of all the industry uncertainty, and even with the loss of a few dealers to acquisition, many of our dealers continue to invest and move forward. We often forget that the rest of the world doesn’t know or care that much about the latest acquisition rumour in the OP world. At the end of the day, end users just want to get their business and facility supplies quickly, efficiently and at a reasonable price.”

And it is AOPD’s role to provide the tools and resources necessary to help users find and choose AOPD and its dealers, according to Leazer.

2017: It was a “nerve-wracking” start to the year for dealer network American Office Products Distributors (AOPD), admitted Executive Director Mark Leazer. Two of its three largest contracts were out for bid in 2017 – the Premier healthcare GPO office supply contract and the National Cooperative Purchasing Alliance (NCPA) office supply contract.

However, AOPD successfully retained both of these awards – Premier as part of a multiple award and NCPA as a single award. Unfortunately, the group lost its second largest contract, ICPT, in 2016 and that business has been transitioning away during Q1 of this year.

While AOPD had been enjoying double digit growth in contract sales the past three years this loss has made it something of an uphill battle. However, new business wins and increased sales in NCPA and Premier, both up double digits through the first half of 2017, has for the most part offset the ICPT loss.

AOPD is currently working on branding initiatives and will be updating its website in the New Year. It added a full-time sales resource in February 2017 when Joe Breczka, veteran sales executive in the IDC, joined AOPD as Director of Business Development. His addition to the team is reportedly already showing solid sales gains. It continues to add dealers, with three new members added this year so far and another in the pipeline.

The group lost one dealer and had two others that were acquired by other AOPD members. But as Leazer said: “I would rather experience consolidation within our own group rather than from outside.”

Another notable change for AOPD is the recent retirement of Sharon Stepien, the group’s long-time General Manager and Director of National Operations.

For Leazer, the priority is for AOPD to return to double-digit contract sales growth in 2018. He highlighted the potential in its newly renewed NCPA and especially Premier business, and said the group will continue its expansion into new value-added areas especially in the jan/san and facilities categories. AOPD also plans to ramp up the automation of its processes to better compete with the big boxes, particularly Amazon.

2016: Approaching the end of his first year as Executive Director of AOPD, Mark Leazer can look back on 2016 with some satisfaction.

The dealer network experienced double-digit growth in its contract sales again in 2016, up 23% for the first half of the year. It also added several new dealers in 2016 and included House of Doolittle as a new manufacturer in its Business Partner Program.

Among the new dealers is the welcome return of Complete Office, one of the largest independent dealers in the US, and the addition of Coastal Office Solutions, a woman-owned and HUB-certified small business based in Texas.

AOPD has been working hard to identify its core strengths and weaknesses so that it can correctly position itself for the future. As Leazer says: “We have several initiatives in either the ‘proposal’ or ‘implementation’ phase. We feel the best ROI AOPD can provide for our member dealers and business partners is to constantly adapt and evolve with our changing industry so that we can continue to grow our sales. With growth comes continued relevance.”

2015: October 2015 marks the beginning of the transition period that sees Mark Leazer take over from Bud Mundt as Executive Director of AOPD. The official handover will be in January 2016.

Both men have been heavily involved in the dealer network for many years, Mundt having joined the organisation in 2004 and becoming Executive Director in early 2005. Leazer, meanwhile, with a 30-year career at independent dealer FSIoffice that is now coming to an end as a result of his new role, had already taken the AOPD reins on an interim and part-time basis between 2001 and 2004 before Mundt was appointed.

With Mundt the industry loses a much-liked OP veteran who has spent 45 years in various distribution channels. He is expected to still be available as a consultant and on an advisory basis.

Leazer’s list of priorities – following a smooth transition – is clear and the immediate focus will be on the first joint annual meeting next March of AOPD, Direct Purchasing Catalog Group and TriMega’s Dealer Supplier Collaborative members.

Growing market share in both national and regional accounts remains another priority. The pending FTC decision on the Staples/Office Depot merger will no doubt have a fundamental impact on how this growth might accelerate.