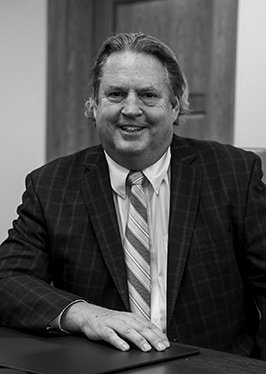 2021: Leo Meehan has led WB Mason for over 40 years, incrementally extending the reseller’s reach across the US. The company has 900 trucks serving its customers, and the fleet now includes electric delivery vehicles, which reduce emissions by 75% and are six times more efficient than conventional step vans.

Meehan was quick to showcase WB Mason’s flexibility as he made a series of manoeuvres to address the challenges presented by the COVID-19 pandemic. The company began sourcing PPE and emergency response items for thousands upon thousands of existing and new customers, all the while doubling down efforts in both shipping and packaging, as well as facilities maintenance supplies – the latter growing to become one the megadealer’s largest categories of sale.

In addition, the reseller opened a public-facing website and shifted its stable of ‘World-Famous Trucks’ to deliver to residences while many customers were confined to their homes. This logistical pivot was recognised by the Wall Street Journal in May 2020.

Always looking to stay on the leading edge, Meehan has successfully transformed the company from a print catalogue juggernaut to a digital-first multichannel marketing organisation. The company is leaning into search engine marketing, email marketing, and display advertising, while also investing in a social media presence that extends the powerful WB Mason brand to a new and growing audience. The company’s rapid digital marketing shift was recognised by Google and featured in a video case study highlighting Meehan and his vision for the future.

2019: Leo Meehan has been part of WB Mason for over 40 years. Under his stewardship, the company has  become the second-largest, privately-owned office products operator in the US and one of the biggest in the world. The reseller is second in size only to Staples Inc since its acquisition by private equity firm Sycamore Partners.

Over the years, WB Mason has incrementally extended its reach across the country and now boasts around 70 locations, served by more about 4,000 employees. Under Meehan’s watchful eye, the business keeps its focus firmly on the 300,000 businesses it serves. Ensuring customer service remains paramount – the company has more than 1,100 trucks, including OP, furniture and same-day delivery vehicles, along with coffee vans. Over the past year or so, it has also introduced electric trucks. These innovative sustainable step vehicles have been deployed across the ‘Masonville’ region, covering the mid-Atlantic and northeast of the country.

Over the past 12 months, WB Mason has completed eight acquisitions, including R&R, expanding the company’s Masonville footprint into Richmond Virginia, Virginia Beach, and Raleigh North Carolina.

Never afraid to do things his own way and always ahead of the curve, part of Mason’s success lies in Meehan’s ability to spot trends and his unwavering belief in the power of marketing. Last year, for example, the WB Mason brand was substantially boosted by supporting the American and National League Players of the Week via its long-standing sponsorship as the Official Office Products Supplier of Major League Baseball.  The reseller also strengthened its brand in the Mid Atlantic market placing one of it’s iconic signs in Camden Yards, home of the Baltimore Orioles, bringing Mason’s total number of MLB sponsorships to nine.

Offering the best customer experience is another of Meehan’s core strategies. The mega dealer recently signed a deal with e-commerce start-up GroupBy to deploy a B2B online buying platform. The partnership will drive an advanced buying experience for Mason’s distributors through custom catalogues, dynamic pricing models and fluid inventory levels.

On a personal note, Meehan and WB Mason partners Steve Greene and John Greene a number of years ago pledged $10 million towards the building of a new business school at Stonehill College in Massachusetts. A 1975 Stonehill alumnus, Meehan has been a member of its President’s Council and board of trustees for many years. The Leo J Meehan School of Business opened in September in time for the 2019/2020 academic year.

2018: Celebrating his 43rd year in the industry and the 40th anniversary of leading the company, CEO Leo Meehan continues to push WB Mason towards the $2 billion mark in annual sales – nearly reaching that total in its recently closed FY2018.

During his tenure, Meehan has transformed the company from a small mom-and-pop retail store to one of the world’s largest independently-owned OP dealers.

Meehan’s penchant for marketing has built Mason into one of the most recognisable brands, not only throughout ‘Masonville’, but across the US. With its fleet of famous trucks, catalogues, flyers, iconic Major League Baseball stadium signage, and an army of customer sales people, the Mason brand is pervasive.

He has bolstered the company’s current sponsorship as the Official Office Products Supplier of Major League Baseball by backing the American and National League Players of the Week throughout this past baseball season, broadening the brand’s exposure in households across America.

WB Mason has made significant investments to empower its employees with interpersonal technology solutions, designed to strengthen the bond between the company and its customers. The ultimate aim is to reinforce the mega dealer’s commitment to creating a fast and convenient experience for its customers, and its pursuit to extend market coverage beyond Masonville.

2017: WB Mason CEO Leo Meehan continues to lead the company into its next era while the office products industry experiences a significant shakeup in 2017. The company holds strong as one of the world’s largest independently-owned OP dealers with Meehan at the helm.

The reseller continues to make forward strides with a significant expansion to the Florida market as well as continuing to build out its same day delivery options. Ensuring brand development, both regionally and on a national scale, the company sponsors the Tampa Bay Rays and recent announced a deal to sponsor the Major League Baseball 2017 post-season replay review as well as being named official office products supplier for the league.

Meehan is acutely aware of shifting trends in the market and online space and has made a significant investment to improve its website and digital marketing capabilities in order to pursue a strategy of extending market coverage beyond it’s ‘Masonville’ stronghold.

The company continues to push deeper into its newly established Food Service category while also breaking fresh ground in the Packaging category this summer.

Last year’s acquisition spree – when WB Mason bought 13 companies including leading dealer New England Office Supply – has not been repeated in 2016, but this does not mean that WB Mason has been shirking on investments in its ‘Masonville’ stronghold (a region comprising 13 states in the north-east of the US and the Washington DC area). A renovation project at its Brockton (MA) headquarters has been carried out and the reseller opened a new distribution centre near Baltimore.

Meehan has pulled back on the idea of expanding WB Mason’s presence across the US and will instead continue to focus on grabbing share in the ‘Masonville’ market.

The WB Mason CEO was a key witness in the Staples/Office Depot court hearing earlier in 2016, stating that his company was not a serious competitor to the two big-box companies in the nationwide enterprise accounts segment.

Over the past year, the reseller has extended coverage from its north-east stronghold into the Midwest with a location in Cleveland, Ohio.

To help develop the brand in its new areas, the company sponsored the Cleveland Indians and Pittsburgh Prates, and also strengthened its marketing position in Washington (DC) by entering into a sponsorship agreement with the Washington Nationals in September.

Over the past 12 months, WB Mason has completed 12 acquisitions, including New England Office Supply (NEOS) in June and Office Supply Superstore in August. But, says CEO Leo Meehan, the company’s goals are to continue to extend its market coverage west and south in the US with the ultimate goal of becoming the first privately held national supplier in the country.

For now, WB Mason remains the largest privately held office products dealer in the US with sales of $1.5 billion dollars.