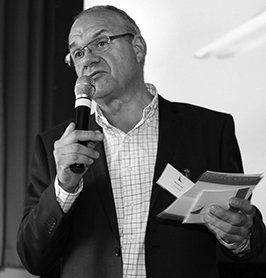 2019: Laurent Proy has now been in charge at Groupe Alkor (formerly Majuscule) for 13 years, but the 60-year-old Frenchman is showing no signs of slowing down.

End-user sales from the group’s 130 members are around €450 million ($505 million), while Alkor’s own revenue is approximately €170 million, with both numbers growing organically despite the challenging industry conditions. This is partly due to product diversification into areas such as jan/san, safety and packaging, and also to a market-leading presence in the stable French school supplies market.

With the departure of the group’s largest member Lacoste – following its merger with Intropa dealer DactylBuro – set to come into effect at the end of this year, Alkor is looking at revamping its network in the south of France, and this could include opening a distribution centre in the region. Other strategic decisions on Proy’s plate include possible expansion of the Majuscule brand into French-speaking North Africa.

2018: This year marks the 60th anniversary of French independent reseller cooperative Groupe Alkor which began life in 1958 under the name SCOOL (Société Coopérative des Librairies) before rebranding to Majuscule in the 1970s.

The Alkor umbrella name was introduced in 2016 following the creation of the Burolike B2B brand alongside the traditional Majuscule banner. In addition, the group has recently confirmed the introduction of a third brand, IOBuro, a retail concept based on smaller-format, 400-500 sq m (4,000-5,000 sq ft) stores aimed at consumers and small businesses. Managing Director Laurent Proy says the goal is to open around 15 IOBuro outlets by the end of 2019.

Other projects include the launch of an Alkor e-shop, further improvements to IT systems and the group’s main distribution centre, and a strengthening of the commercial presence in the south of France.

2017: In what are difficult market conditions in France, cooperative group Alkor is set to end 2017 with top-line growth of approximately 3.5-4%, taking its annual sales to around €165 million ($195 million).

While the number of members between Alkor’s Majuscule and Burolike brands has remained stable at 130, Managing Director Laurent Proy says this actually points to underlying growth after taking into account M&A activity within the group.

An interesting development this year was the start of a new national contract with France’s Ministry of Defence (MoD). In order to bid for and then service this four-year contract, Alkor members established a separate entity (known as a ‘groupement economique solidaire’ in France). This enables national distribution coverage, with regional members servicing the various MoD locations throughout France.

After completing a major logistics project about 18 months ago, Alkor is now half way into a strategic IT development project that will revamp its digital capabilities, both internally and with end users.

Also on the agenda is a new business unit – the name of which has not yet been revealed – that will focus on the retail channel. While there are both Majuscule and Burolike members that have stores, Proy says the new retail arm – which should be launched in 2018 – will complement the existing network.

2016: Laurent Proy began the year at the helm of a new entity called Groupe Alkor following the rebranding of the Majuscule dealer group. Deriving its name from the star Alcor, the group is now the umbrella organisation for the cooperative that comprises the Majuscule and Burolike reseller brands, which between them have around 150 members.

Proy says the name change was made to provide a clear distinction between Alkor’s two banners. It also facilitates moves into other areas, such as offering general wholesaling services to non-members, something high on the Proy’s agenda.

To offset the soft market conditions for traditional office supplies, BPGI member Alkor has been expanding into the education and school supplies sector for a number of years and is now a major supplier to local school authorities. In fact, about 45% of all orders are school related and Proy estimates that the group has a share of around 30% in the infant and primary school market. New for 2016 is a catalogue featuring both educational and outdoor games.

2015: Laurent Proy began 2-16 at the head of a new group with Majuscule rebranding to Groupe Alkor as the umbrella name for the cooperative that comprises the Majuscule and Burolike reseller brands.

The name change was made to provide a clear distinction between Alkor’s two banners and it also facilitates moves into other areas such as offering general wholesaling services to non-members, something high on Proy’s agenda.