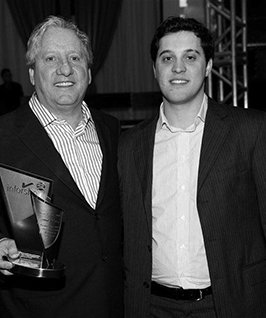 2021: Thiago Britto, Managing Director of Brazil-based Inforshop, reports that the company’s H1 2021 sales have bounced back from last year, but are still 15% down compared to the same period in 2019.

About 85% of the company’s sales come from the B2B channel while the remaining 15% are derived from resellers – predominantly small retailers or distributors without direct access to manufacturers, particularly in the IT consumables category.

The business has recruited a number of new procurement and commercial executives, with their roles having a particular focus on growth in the hygiene and cleaning sectors.

Britto further refers to an intense period of restructuring over the past 12 months, which has necessitated the closure of some business units and distribution centres and the company increasingly concentrating on its core markets. Employee numbers have halved over this period.

2019: Thiago Britto, Managing Director of Inforshop, reports top-line growth of 7% over the past 12 months powered by moves into new product areas and the development of existing categories such as catering, PPE and jan/san.

The company now has over 300 corporate customers and has been investing heavily in ERP, with new cloud-based technologies and automation processes high on its list of priorities.

New robotic systems have been installed at its distribution centre in Itu city, with the latest ‘pick and carry’ cranes being imported from Europe. The complex currently has vertical storage capacity for 15,000 boxes and a state-of-the-art warehouse management system (WMS) is being brought on-stream in June of this year.

2018: For Thiago Britto, Managing Director of Inforshop, the main project this year has been the implementation of a new automated system in the company’s distribution centre in Itu city, in partnership with SSI Schafer. In addition to the technical deployment, this system has required the introduction of a whole new distribution strategy in order to maximise its benefits.

Other company news includes the establishment of a new branch in Serra, a municipality in the state of Espírito Santo, together with the launch of a new e-commerce website – www.lexmarkstore.com.br – the official Brazilian e-commerce site of the tech giant, which is licensed to and powered by Inforshop.

2017: Last year’s economic and political upheavals in Brazil continue to have an impact on business, but as Thiago Britto, Managing Director of Inforshop, one of the country’s largest resellers, points out, these things are out of his control.

Britto continues to focus his long-term strategy on improvements and increased efficiencies, with a number of different projects – including the company’s first bonus programme and the automation of its distribution centre in Itu, São Paulo – helping to achieve these aims.

Other 2017 highlights include the award of a major education and public administration contract which has allowed the company to win back sales volume lost during the 2016 crisis.

Looking ahead, Inforshop is aiming to expand its product mix, with a growing emphasis on technology items.

2016: Economically and politically fragile, Brazil is a country that is trying to rebuild itself after the removal of President Dilma Rousseff from office at the end of August this year, following an impeachment vote in the Senate.

Now, says Thiago Britto of Inforshop, there is a government that seems ready to reform the law and improve the business environment. With GDP remaining flat, however, the reseller’s strategy is focused on continuous investments and efficiency.

2016 has been a year of putting initiatives and systems in place that will allow future growth. Inforshop’s new 14,000 sq m (140,000 sq ft) facilities in Itu, São Paulo, for example, will result in higher automation and consolidation of its existing distribution centres, while a commercial overhaul focuses on exploring new product categories such as personal protection equipment and furniture.

2015: Despite a challenging economic situation – high inflation, possibly the worst GDP in the past 25 years and US$ exchange rate close to its maximum historical high – Brazil’s leading reseller Inforshop is weathering the storm.

The company is in the process of doubling the size of its distribution centre in Itu, São Paulo, and is currently in discussions with a number of companies for the implementation of a major logistics automation project.

A new partnership with International Paper has given the reseller access to the large paper volume corporate market, while at the other end of the spectrum, two new business units – Services (including managed print) and E-commerce – have been created to specifically target the SMB market.

Meanwhile, internally, the reseller has put into practice a strategic human resources initiative based on meritocracy and partnership.