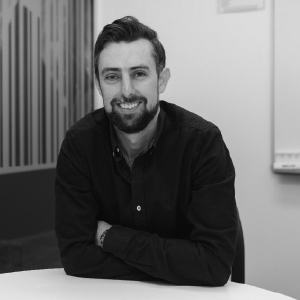 2021: Under Joe Taylor’s tenure, leading New Zealand dealer NXP has grown rapidly. Staff numbers have jumped from 80 to 200 and it now ships more than two million packages a year to 50,000 organisations throughout the country. In the past 18 months, the business has acquired fellow office products dealer NZOS and The Service Company, New Zealand’s largest supplier of facilities products to mid-market customers. As a result, around two-thirds of NXP’s revenue are now derived from kitchen and facilities management supplies.

Taylor and his team moved swiftly to source much-needed PPE in the early days of the pandemic, even hiring planes to fly products in. NXP was recognised as an essential provider of PPE and says it is now the country’s largest distributor of business supplies to corporate and government agencies – including the Ministry of Health, NZ Police and the Department of Defence.

Another area of focus for NXP has been growing its New Zealand-made and sustainable product ranges, which together make up around 35% of revenue through its B2B e-commerce channel. This will continue to be an important factor in the company’s development as demand grows in the public and private sectors for these kinds of items.

Taylor’s time as CEO of the company is drawing to a close, although he will remain on the reseller’s board in a governance position. He has announced his decision to relocate his family back to Australia at the end of the year, and NXP is currently conducting a search for his successor.

2020: Joe Taylor, CEO of New Zealand-based reseller National Express Products (NXP), is no stranger to the industry, having spent more than a decade in the sector. He started in 2009 at Corporate Express Australia. Following the Staples buyout of Corporate Express, he then moved into various leadership roles at Staples ANZ.

As a member of the Staples executive team (including positions such as VP of Supply Chain and Chief Sales Officer), he led the sale of Staples ANZ (now Winc in Australia) to private equity firm Platinum Equity. He was also responsible for facilitating its subsequent merger with OfficeMax Australia and New Zealand. However, after the Commerce Commission in New Zealand had blocked the deal, Platinum sold Winc NZ to the Tiri Group and Taylor moved to Auckland as CEO of the new venture in 2018.

According to Taylor, the carve-out was completed in just six months, with new IT systems (ERP and e-commerce), HQ, executive team, brand and website. Despite facing numerous challenges, including trademark battles with the previous owner over the use of NXP’s original Net Xpress Procurement trading name, NXP has gone from strength to strength as a standalone company, with revenues doubling in 2020 from 2019.

This is in part due to a massive diversification effort in terms of broadening its range, with the jan/san, breakroom and facilities categories now representing over 50% of sales. It is also a result of the acquisition of New Zealand Office Supplies in May which added 2,000 customers, 34 staff and the exclusive rights to Fuji Xerox’s office supplies and copy paper to NXP’s arsenal.

The company now offers clients a single-source supply, with 90% of sales generated online through its procurement portal. Today, NXP is one of the largest suppliers to government agencies and the corporate sector in the country.