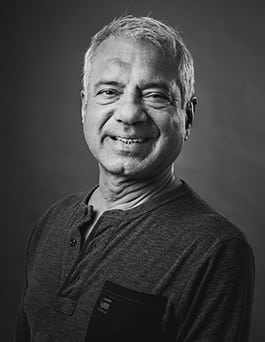 2021: It’s been another stellar year for technology wholesaler Westcoast and its founder and Chairman Joe Hemani.

The distributor is on course to one of the top ten biggest privately held companies in the UK – although this is for Westcoast Holdings, which also includes reseller XMA.

Already representing big brands such as Apple and HP Inc, Westcoast has increased its Lenovo business and added Samsung accounts through the acquisition of smartphone distributor Data Select. Investment in cybersecurity is a growing priority and Westcoast has acquired a minority stake in cyber solutions firm Beyond Encryption.

Moving further afield into mainland Europe, the company said it is opening a new warehouse in Germany, while its business in France is expected to grow by over 30% this year.

2019: Technology wholesaler Westcoast, under the leadership of founder and Chairman Joe Hemani, continues to see excellent growth – revenues grew to £2.46 billion ($2.8 billion) in 2018, a 27% increase on the previous year.

It is now said to be the largest privately-owned technology company in the UK and was named Business of the Year by the Thames Valley Chamber of Commerce and also awarded CRN Distributor of the Year.

2019 milestones include the acquisition of Colorgen – Epson’s large-format distributor – in May, and the purchase of a new 340,000 sq ft (34,000 sq m) warehouse in Andover, UK, which will be operational by the end of the year. Westcoast now has an exclusive HP A3 fulfilment contract which has driven HP to its highest ever share in the managed print space. It operates similar contracts for Lexmark and OKI across Europe.

Westcoast’s Bright Sparks programme, meanwhile, focuses on local schools and aims to get 50,000 young people engaged with technology businesses, encouraging them to take science, technology, engineering or maths (STEM) subjects as they progress through their education.

2018: It’s been another good year for Westcoast founder and Chairman Joe Hemani. The technology wholesaler posted 2017 full-year revenues of £2.22 billion ($2.9 billion), an increase of 16% compared to the prior year, while operating profit rose to £24.4 million, a 27% increase.

2018 also saw the company move into France with the acquisition of ADVEO Digital Systems (ADS), the French arm of pan-European wholesaler ADVEO Group. Now known as Westcoast France, the new business has been successfully integrated into the parent company.

Westcoast is the leading UK distributor for HPI, HPE, Lenovo, Lexmark, Toshiba, Apple and many other technology providers. Additionally, it’s Microsoft’s main distributor for the Cloud, Azure and Surface brands.

A website rebrand has highlighted the company’s increased focus on financial, retail and configuration services – all designed to increase cash flow to dealers.

2017: It has been a fantastic year for Westcoast founder and Chairman Joe Hemani. With considerable growth from almost all its vendor partners, the technology wholesaler expects to increase revenues by about £400 million ($535 million) in 2017, bringing total group revenues to £2.3 billion.

Its two main acquisitions of 2016 – ADVEO’s Adimpo and ArtSystems – have now been fully integrated into Westcoast Holdings while Westcoast France has been integrated into Westcoast’s IT systems. All parts of the business have performed well for Hemani and his teams, with the supplies segment continuing to grow with increased fulfilment services on behalf of vendors and managed print partners. An exclusive contract to provide HP’s A3 and 3D ranges should see even further growth in 2018.

In addition, a new focus on services has seen the appointment of a new Services Director and an increased spread of services beyond traditional logistics. This focus culminated in a brand relaunch at the end of the year. The Westcoast website, for example, has been completely re-engineered to feature a front-end interface created to improve usability. It also includes a library of services with sections organised in line with Westcoast’s new pillars. The new look is Westcoast’s first major rebrand for almost a decade.

2016: This year has been busy for technology wholesaler Westcoast and its Chairman and founder Joe Hemani.

In line with its European strategy expansion, the distributor acquired UK-based print distributor ArtSystems in April 2016, giving Westcoast a foothold in the large format and 3D printing space.

Perhaps more interesting was the deal struck with pan-European wholesaler ADVEO, which saw the transfer of Adimpo EOS assets to Westcoast. Included in the agreement was a French distribution facility in Lyon as well as the stock from there, Italy, Spain and Germany.

Westcoast is one of the leading tech distributors in the UK with sales of over £1.6 billion ($2 billion).