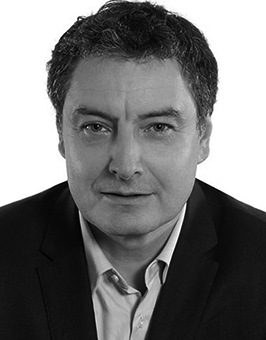 Jean-Yves Sebaoun Sebaoun is an experienced and seasoned OP executive and was named as Managing Director of France-based B2B reseller Fiducial Office Solutions in 2018.

For more details on Fiducial, read:

2021: Fiducial Office Solutions (FOS) Managing Director Jean-Yves Sebaoun has been keeping something of a low profile recently, but has been hard at work steering the France-based reseller through the challenges brought on by COVID-19.

The company introduced a new e-commerce platform during the first half of 2020/2021 financial year. Featuring functionalities such as customised catalogues and dashboards, it was adopted by almost 13,000 clients in the space of a few months, with the remainder onboarded during the rest of the year.

FOS reported revenue for the financial year ended 30 September 2021 of almost €192 million ($215 million). On a comparable basis, this was just over 1% higher than two years earlier, prior to the pandemic. During the year, FOS strengthened its position in the Belgian market via the acquisition of local reseller IPL Business.

2019: Under the leadership of experienced French office products executive Jean-Yves Sebaoun since June 2018, Fiducial Office Solutions (FOS) has continued to take market share over the past 12 months.

In a B2B office products channel that is seeing low single-digit declines in France (according to figures from trade association UFIPA), FOS has been growing the top line in its home market at a rate of around 3-4%.

In terms of clients, much of FOS’ growth has been with mid-market customers as the reseller puts more resources into this segment, which is the backbone of the wider Fiducial small business accounting and services offering. Success has also come from adjacent categories, with facility supplies and office furniture both up in the double digits in 2019.

One area that Sebaoun is key to develop is adapting the client proposition to meet the needs of the modern workforce. This includes a strong CSR and environmental component which will be a focal point of FOS’ selling and communication strategies in the coming year.

2018: Jean-Yves Sebaoun is a new entry to the Top 100, having succeeded Laurent Bertrand as Managing Director of Fiducial Office Solutions.

By way of explaining the change in leadership, Fiducial Group said the office supplies market was undergoing profound changes and that its Fiducial Office Solutions subsidiary needed to implement a new and ambitious development strategy.

He joined Spicers France in 1997 as COO before becoming its Managing Director in 2001. After a period as interim CEO of Spicers Europe when DS Smith said it would sell the wholesaler, Sebaoun became CEO of ADVEO France, a position he occupied for several years until his departure in early 2017.

Last year, Fiducial Office Solutions had sales of around €180 million ($225 million). The majority of its business is derived from the French market, but it also has operations in Belgium and Luxembourg. Sebaoun is now tasked with helping the company achieve its growth and profitability objectives.