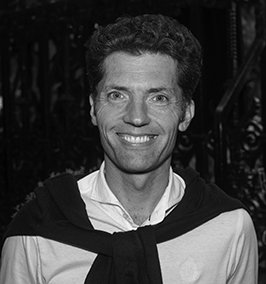 2019: Under the guidance of Managing Director Jan Van Belleghem, European wholesaler alliance Interaction has added a number of new companies into its fold: the Bruneau group in France and Belgium, Muller & Wegener in Luxembourg and Desktoo Italia, the latter a newly-established wholesale operation belonging to PBS Holding.

The alliance has recently added Safescan to its list of preferred vendors and is also integrating the French chain of Hyperburo stores into its network. The focus throughout 2019 and 2020 will be on ensuring that Interaction’s membership is fully embracing the potential that Q-CONNECT offers – its own brand that saw record sales totalling €170 million ($189 million) last year.

On a personal level, Van Belleghem in June completed a charity mountain bike ride in Ecuador, covering 500 km in eight days and climbing over 9,000 metres in altitude. The monies raised will be invested in projects that help local co-operatives of coffee bean farmers, with the aim to improve the quality of their produce so they get a better deal for their harvest.

2018 saw the 20th anniversary of the company’s Q-CONNECT brand. To celebrate, the group has been refreshing the design of its packaging, making it more contemporary.

On a very sad note, the alliance’s co-founder and OP veteran Alan Hickman passed away in February this year following a short illness. Hickman was instrumental in creating Interaction in 1997 when he was running UK wholesaler Kingfield, successfully bringing together some of Europe’s key wholesalers.

Van Belleghem – who began his Interaction career over 17 years ago – calls Hickman a ‘founding father’ who helped lay the groundwork for the collaboration that is shaping the industry today.

In the past year, Interaction has focused on delivering extra services to users of its Q-CONNECT brand. To this end, it has launched the Q-Designer platform, a free online application containing design templates for every printable Q-CONNECT product (from address labels to name badges and even keychains).

On top of that, Interaction has started to release video content and is posting short tutorials to help end users overcome common problems. The clips are posted across social media platforms and on the group’s dedicated YouTube channel.

In terms of the Q-CONNECT range expansion, it has released new products to broaden its technology and ergonomic offering.

In the coming months, the group will be launching an improved version of the Q-CONNECT.com multilingual website, that will allow users to better access relevant information about its products, like material safety data sheets for example.

2018 will be the 20th anniversary of the Q-CONNECT brand. To celebrate, the group is refreshing the design of its packaging, making it more contemporary.

2016: By his own admission, Interaction Managing Director Jan Van Belleghem says he has been focusing on projects that are a little bit “under the radar”, but which are nevertheless vital cogs in the development of the purchasing organisation’s machine.

This has largely involved the creation and implementation of a back office database for the 2,800+ SKUs in the group’s Q-Connect product range. The new system will greatly improve the flow of product information and lead to tangible efficiencies for Interaction’s members.

The Q-Connect line continues to expand into adjacent categories such as jan/san and personal protective equipment, and it has benefitted from further support from UK member EVO following last year’s acquisition of office2office. The departure of Dutch member Quantore at the beginning of the year had a negligible impact, confirmed Van Belleghem.

Other initiatives include the launch of web-to-print solutions for printable products such as name badges, and further brand support in the shape of product videos and content marketing.

2015: It has been an interesting year for European wholesaler alliance Interaction Managing Director Jan Van Belleghem.

He has had to deal with the entry of Quantore into the alliance, the takeover by Comercial del Sur of its failed member RP Diffusion, and the merger of Vasanta and Office2Office.

Still, he remains focused on the main priorities for the association which he says are becoming increasingly important as membership continues to grow.

According to Van Belleghem, one vital aspect moving forward is the further automisation of processes, while another priority is the compliance of its private label Q-Connect brand.