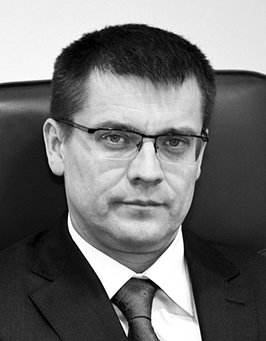 2021: Since founding Samson (Officemag) in 1993, CEO Igor Trifonov has grown the company from a regional office products operator to a nationwide distributor that provides complete solutions for businesses and schools across the whole of the Russian Federation.

Samson operates in three channels. The first is B2B, with around 10,000 customers who run their own contract and retail business across 85 Russian regions. The second is B2B Direct, supplying 240,000 organisations and offices located in the 20 largest cities in the country. Finally, Officemag is a chain of 106 hypermarkets supplying office, school, creative and household products in more than 30 national regions.

2019: Igor Trifonov is CEO at Samson (Officemag), one of the leading providers of office and school products to wholesalers, large retail outlets and independent dealers throughout the Russian Federation.

Under Trifonov’s stewardship, the company continues to grow rapidly. It currently has 5,000 active clients across 82 Russian regions, with 13 regional distribution centres located in the biggest cities. In addition to its B2B business, it also has its own trading network of over 60 Officemag hypermarkets and is expanding the number of these outlets at a considerable rate – Samson aims to have 300 of these stores open by the end of 2020.

At present, the company employs over 3500 people, has a product range of more than 30,000 SKUs and last year turnover reached $430 million.

2018: Igor Trifonov, CEO at leading Russian office products and school supplier Samson (Officemag), says that the Russian OP market remains fragmented with, depending on location, 25-80% of the market being serviced by small independent local dealers. However, in larger cities customers are gradually switching to suppliers with broader product ranges and better service offerings and this is providing significant opportunities for those businesses that can offer these.

Despite economic and political uncertainties, the overall market for OP services is growing with higher levels of governmental and public spending now available, according to Trifonov. However, government sector purchasing involves increasingly formal procedures and these now require a high level of technical expertise from the supplier if they are to win and fulfil contracts. There is also a trend towards choosing well established, efficient suppliers rather than less-well-known operators with an unproven reputation.

2017: Leading Russian office products and school supplier Samson (Officemag) has been busy over the past year keeping pace with its ambitious expansion targets.

The company’s B2B and retail operation under the brand Officemag has opened up 12 new regional markets across the country, as well as strengthened its position in existing locations. Under Trifonov’s leadership, the company now operates in 16 regional markets with over 50 locations available via its e-commerce business. Its retail arm has grown to almost 20 hypermarkets.

2016 – Despite a tough economic environment, Russian OP group Samson (OfficeMag) is forging ahead with ambitious plans for geographical expansion and sales growth goals.

The company’s B2B division is experiencing annual sales growth rates of over 30% for existing markets. Samson will be looking to considerably increase this percentage, particularly now its reach has been greatly expanded within its home market of Russia with the addition of two new regional areas – St Petersburg and Nizhny Novgorod.

Trifonov credits the current impressive growth rate to the development and streamlining of in-house technology and processes, as well as expanding its available product range in adjacent categories including jan/san, breakroom supplies, and catering.

2015 sales for Officemag totalled $380 million and the opening of new OfficeMag hypermarkets is ramping up significantly – the current total of 16 is set to almost double by the end of this year.

2015 – Igor Trifonov is founder and CEO of Russian OP group Samson (Officemag), a multichannel player with retail, wholesale and B2B operations that has rapidly expanded its reach throughout the large Russian market since its creation in 1993 when it was just a small retail chain.

The company today has 14 distribution centres and group sales, year to date, of RUB14 billion ($240 million). Samson’s contract stationery unit is Officemag. Set up in 2004, it has also been Lyreco’s global contract partner in Russia for the past three years and handles Lyreco’s international customers in the country.