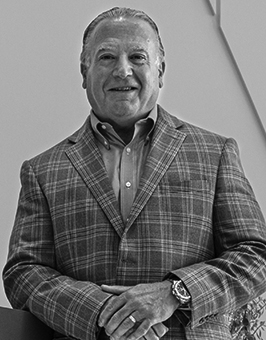 Harry Dochelli has been President of US wholesaler Essendant since the beginning of 2019.

For news on Essendant and Harry Dochelli, read the following:

Dochelli confirmed as next ISSA Chairman

Big Interview: A question of trust

2021: Essendant President Harry Dochelli says the pandemic forced the wholesaler to become more agile and flexible. This was evidenced by a new back-order process – which included customer allocation and prioritising capabilities – that was implemented in less than two months.

Another feature of the pandemic was the number of virtual town halls Essendant held with its customers – sometimes with more than 1,000 participants – as part of a communication outreach programme. At one of these events – attended by OPI – Dochelli pointed to the opportunity in the cleaning and hygiene segment as workers return to the office. It is a category he is more than familiar with – in 2021, the Essendant President become Chairman of worldwide cleaning association ISSA.

One milestone for the wholesaler in 2021 was the roll out of its Market ADOT (Automated Distribution Order Transfer) initiative that taps into the Staples distribution network. This effectively adds almost ten million sq ft (one million sq m) of floor space and provides Essendant’s customers with increased next-day service, higher fill rates and a broader selection of products.

2020: When Essendant and Staples came together in January 2019, the expected subsequent mass exodus by dealers from the wholesaler didn’t happen. Instead, most adopted a wait-and-see attitude, realising that neither of these two industry giants had been in a particularly strong position standalone.

They also put a great deal of faith in industry veteran and Essendant President Harry Dochelli, hoping that even if the ‘quick wins’ didn’t happen quite as fast as they would like, the promised benefits would materialise eventually.

Nobody could have predicted what was going to unfold in 2020, of course, but Dochelli was quick to point out in the OPI Big Interview in September/October that Essendant’s financial stability would have been more questionable without Sycamore Partners’ support. Its e-commerce prowess during the pandemic would also have been tested more severely if it hadn’t been for Staples’ technology abilities.

Sourcing was – and in some cases continues to be – an issue that most industry participants battled with in 2020. Essendant, despite having been a significant player in the jan/san channel for many years, for example, was not exempt from those challenges either.

2021 promises to be another rollercoaster year for anyone in the Sycamore stable, not just because of the ongoing COVID situation, but also due to the takeover proposal by Staples’ US retail operations of Office Depot.

2019: Harry Dochelli was named President of Essendant following its acquisition by Staples owner Sycamore Partners in January. It was a transaction that has certainly changed industry dynamics in North America, bringing together Essendant (and its independent dealer customers) and the traditional big-box ‘enemy’ under the same umbrella.

Prior to the closing of the deal, there were predictions of a dealer exodus from Essendant, but Dochelli urged customers to adopt a ‘wait-and-see’ attitude and give the wholesaler a chance to show what its new relationship with Staples would bring to the table. Those mass exits did not materialise and Dochelli says that Essendant has “a strong pipeline” for 2020.

That is due in no small part to the level of trust that resellers are putting in Dochelli and his team to deliver on their post-acquisition promises. One big concern was data confidentiality, and Staples is clearly taking its commitments to the Federal Trade Commission-imposed firewall very seriously. Another worry was fair competition but, in one recent example, Essendant’s Vertical Markets Group has helped secure a place on the new State of Georgia office supplies contract that was previously only held by Staples.

Earlier this year, Dochelli promised some “quick wins” for dealers and, free from the shackles of quarterly Wall Street earnings requirements, Essendant invested in reducing the cost of goods for dealers. Longer term, the goal is to tap into Staples’ supply chain, breadth of product assortment and purchasing power to make independent dealers more competitive.

A number of initiatives are already in development. These include: a project to improve service levels by making Staples-held inventory available to dealers; providing Essendant customers with access to Staples’ in-house strength in the promotional products and managed print categories; and tapping into Staples’ product sourcing and manufacturing scale to reduce lead times and lower product costs.