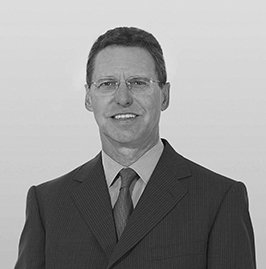 2021: “No change” was again the message from the Printus Group in Germany in 2021. The press-shy online and mail order business and its President Hans Schmid merely referred to current annual sales of €800 million ($932 million) and a total of 1,600 staff across the group’s subsidiaries.

One of these subsidiaries – OTTO Office – had certainly something to celebrate this year, and that was winning the Reseller of the Year award at the 2021 European Office Products Awards (EOPA).

This operator, which commands huge trust and respect from its industry partners, according to the EOPA judges, had done an excellent job at switching its catalogue business to online when COVID-19 hit in 2020. Its fast decision-making also enabled it to source and make available online a range of entirely new products, in the cleaning, PPE and home office categories, for instance, during a period when everyone was scrambling and demand was soaring.

2019: “Nothing has changed” was the message from the Printus Group, the fourth largest online and mail order business in Germany (after Amazon, OTTO and Zalando, according to local rankings).

Famously publicity-shy and always keen to keep its achievements under wraps, Printus – with owner and President Hans Schmid still at the helm – continues to grow. It currently operates 18 web shops, both in the B2B as well as in the B2C space.

Printus’ success can be attributed to a number of factors: its ever-expanding product range catering for all customer demands – 50,000 items are now available from this reseller – its wide range of acquired and organically-created and grown businesses, and its outstanding customer service.

The latter, according to Schmid, is in considerable measure due to the long-standing experience and longevity of its staff. Several of Printus’ employees over the past year celebrated their 25- and 30-year anniversaries at the firm – an astonishing achievement for a company that is only 42 years old.

Away from the business end of the reseller, Printus is involved in a wide range of philanthropic initiatives, including supporting children from underprivileged backgrounds and those with cancer to helping local organisations and educational establishments with financial support.

2018: After marking its 40th anniversary in 2017, there was more reason to celebrate this year for German reseller Printus. In March, owner and President Hans Schmid received the prestigious Industry Achievement award at the European Office Products Awards (EOPA) ceremony in Amsterdam, Netherlands. Schmid, now in his 70s, still oversees one of the biggest online and catalogue operators in Europe, employing over 1,600 staff, serving more than three million customers in Germany, Austria and Belgium and generating revenues of over €800 million ($895 million) a year.

Schmid is a person who would much rather stay out of the limelight and get on with running his businesses, of which there are quite a few. He was one of the pioneers in Germany to really ride the e-commerce wave and Printus now comprises nearly 20 B2B and B2C internet shops, among them OTTO Office which Schmid bought in 2015, adding about €200 million in sales to the company.

2017: It has been a year of celebration for German reseller Printus. Founded 40 years ago as a small mail order operator in Hamburg, the company has come a long way under the successful and enduring leadership of owner and President Hans Schmid, expanding from being merely a catalogue business to what is now one of the biggest online and catalogue operators in Europe, with over three million customers in Germany, Austria and Belgium.

Schmid was certainly one of the pioneers in Germany to really ride the e-commerce wave and his company now comprises nearly 20 B2B and B2C internet shops, among them OTTO Office which Printus bought in 2015. The stats – 35,000 SKUs and over €700 million ($822 million) in annual revenues, for example – are impressive, but Schmid remains incredibly guarded as far as the press is concerned, concentrating instead fully on his 1,300 staff and the customers they serve. Schmid is one of the longest-standing personalities in OPI’s Top 100 list.

2016: After the 2015 acquisition of OTTO Office and the waves this caused in the German market, all has gone quiet again at Printus. Its promise of outstanding customer service remains a core and well-publicised goal, but other than that little is known about progress made at the various subsidiaries within the Printus group, OTTO Office included.

The German company now bills itself as the third-largest online and catalogue operator in Europe with more than 35,000 SKUs, 1,300 staff and revenues of over $800 million.

2015: For a company as press-shy as Printus, the German online and catalogue operator has been in the spotlight a fair amount this year.

Having – privately – celebrated his 70th birthday in the spring, company owner and President Hans Schmid is still going strong at the helm, and in July rumours of Printus’ acquisition of fellow B2B player OTTO Office were confirmed. By then, it was a done deal already – approved by the competition authorities and with everything put in place for a smooth, business-as-usual future. That was certainly the message from Printus’ HQ.

With H700 million ($786 million) in sales, 1,300 staff, a B2B and B2C focus (though heavily biased towards B2B), and a cornucopia of different brands and web shops, Printus is now an even more formidable player and a clear market leader in the online and catalogue sector of the German business supplies space.

What becomes of OTTO Office – well-run and profitable in its own right, but just not the right fit anymore for former parent Otto Group – will be interesting to follow in terms of brand focus, existing facilities, staff, and so on. The original management is still in place – Managing Director Uwe Orgas was one of the founding members of OTTO Office back in 1994 – so there’s plenty of experience to continue to run this successful ship.