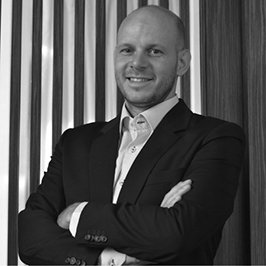 2021: Greg Liénard – a long-standing Lyreco executive who has been at the helm of the global business supplies reseller since July 2019 – has certainly had his work cut out over the past 18 months or so. First continuing on the transformation path that his predecessor had set out and then dealing with a global pandemic and all it has entailed so far while at the same time putting a new long-term strategic plan in place has been no mean feat.

Check out the OPI in-depth Big Interview with Liénard. Or listen to the OPI Talk podcast where you can also hear more about Lyreco’s current global footprint – and why it exited markets such as Canada and Australia – plus its five new strategic pillars.

2019: Greg Liénard stepped up to the CEO role at Lyreco in July following the sudden departure of Hervé Milcent after four and a half years in charge. Liénard, of course, is no stranger to the group: he has been with Lyreco for more than 20 years, serving as HR Director, Manager of the mergers and acquisitions team and, for the past eight years, Managing Director of operations in the Asia-Pacific region.

After relocating back to France from Singapore, the new CEO said his first priority would be to listen, travelling to all Lyreco’s subsidiaries to connect with local teams and to understand their key issues and opportunities. He doesn’t believe there are any major issues within the group, but described Lyreco as a “sleeping beauty” that needs to be awakened to realise its full potential.

Liénard recognises the good work done by Milcent to transform Lyreco into a modern, technology-enabled company. A project called Dare 3.0 started a few years ago by his predecessor is due to come to an end next month, but Liénard is not contemplating stopping this transformation process. Indeed, he wants to accelerate the strategy that has been put in place.

The roadmap for the integration of the Intersafe/Elacin acquisition in the personal protective equipment category was presented in September and Liénard is not ruling out further acquisitions that would provide greater expertise to Lyreco in other product categories.

Perhaps Lyreco will be more of a risk-taker under Liénard’s leadership. Since 2015, he has also acted as Innovation Director, and says this experience helped him learn a lot about the way start-ups think. He values the importance of Lyreco’s heritage, but also sees the need to evolve, change mindsets and test new concepts.