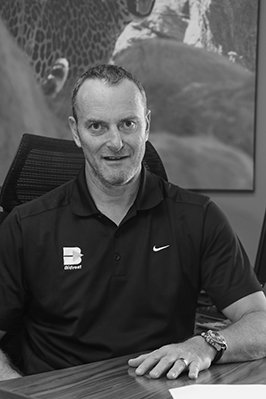 2021: While Waltons has most certainly been impacted by several waves of COVID-19 in South Africa, Managing Director Trevor Girnun says the restructuring work done prior to the pandemic has put the company on a strong footing.

Systems and processes were revamped in order to improve the customer experience and the supply chain was simplified. The latter has also benefitted from the introduction of the Manhattan warehouse management system at the main distribution centre near Johannesburg, which went live in June 2020.

The store network has remained relatively stable at just over 50 and, as elsewhere, it has seen an uptick in sales from COVID-related products and from consumers looking to kit out their home offices. The commercial side of the business, particularly with large customers in the finance sector, has suffered from a lack of people working in offices.

The focus is now on growing the top line, with Girnun looking forward to a strong back-to-school season at the end of 2021 and into early 2022. He is also continuing to develop product ranges away from core stationery, particularly in the cleaning, hygiene and breakroom categories.

After a number of difficult years – partly caused by South Africa’s volatile political climate and industrial relations disputes – Waltons says that it has now stabilised its business, with costs being under control and gross margins maintained. However, the company had to apologise to Cape Town parents in January after logistical problems meant that they didn’t receive their back-to-school orders in time.

That matter aside, the Bidvest office and print division – which includes the Waltons, Kolok, Konica Minolta and Silveray units – has reported an excellent first half to its financial year, with H1 sales of ZAR4.85 billion ($340 million).

2018: Trevor Girnun has been Managing Director at leading South African reseller Bidvest Waltons since the middle of 2016. He has spent his whole working career at Bidvest, previously at stationery manufacturer/wholesaler Silveray where he was also Managing Director.

At Waltons, Girnun has attempted to make the business “less complicated” and give more power over to the regions. With this in mind, the past year has been busy, with the company involved in a host of restructuring measures as well as the implementation of new systems designed to simplify processes and make the supply chain more efficient.

However, poor industrial relations have recently thrown somewhat of a spanner in the works, with staff going on strike over a wage protest, although this dispute has seemingly been resolved.

2017: It’s all change again at South African reseller Waltons, part of the Office and Print division of the country’s Bidvest conglomerate. And the man tasked with the job is Trevor Girnun, Managing Director of Waltons since the middle of 2016.

Having had very long-serving management members for many years – John Farrell epitomised Waltons for several decades – the past few years have seen a much higher staff turnaround at the top, all eager to eradicate legacy systems, keep up with the fast pace of today’s business supplies sector, and maintain and improve profitability.

Girnun certainly knows the business inside out, having spent his whole working career at Bidvest, most recently at stationery manufacturer/wholesaler Silveray as Managing Director. One of the core fundamentals now at Waltons is to “uncomplicate” the business, make it simpler and give more power to the regions.

Find out more in our Big Interview with Girnun.

2016: Trevor Girnun was appointed Managing Director at leading South African reseller Waltons in mid-2016, taking over from Dave Crichton who had been occupying the post on an interim basis.

Like Crichton, Girnun is an experienced Bidvest executive, moving to Waltons from stationery manufacturer and distributor Silveray, also part of the South African conglomerate. He had been Managing Director at Silveray (formerly SSC) since 2010.

Although Girnun has declined to speak to the press about his plans for Waltons until he has had a chance to more firmly establish himself in his new role, he has inherited a business that is facing a number of challenges.

Crichton and predecessor Dave Jenkins both implemented a series of restructuring and turnaround initiatives to reduce Walton’s cost base, develop the e-commerce side and diversify the product and services offering. Judging by comments from parent group Bidvest, the Waltons business still requires simplification to improve its profitability.

A recent example of product diversification was the launch of the Waltons Cloud Store for small business customers earlier this year.