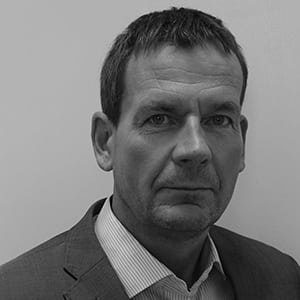 2021: In the past year or so, Danish dealer group Office Supplies Denmark (OSD) has lost four members, reducing its current total to 31, 21 of which are shareholders.

According to CEO Gert Gerber, the remaining members continue to do well, both in terms of sales – which collectively total approximately DKK1.5 billion ($237 million) – and profits. Despite dealing with the COVID-19 pandemic, last year OSD again managed a growth in turnover.

Gerber, who is also a KONPA board member (the Danish association for the business supplies industry), says a new online portal will make customer service, purchasing and administration more efficient for members and suppliers in the future.

2019: Gert Gerber is CEO at Danish dealer group Office Supplies Denmark (OSD) which has 35 members, 22 of which are shareholders.

OSD dealers continue to do well in terms of sales and profits, according to Gerber, and 2019 has been no exception, with the first five months of the year showing growth of more than 10%. Overall sales of traditional office supplies and paper products have generally decreased in the Danish market, but OSD is bucking the trend, he adds, with its dealers still seeing some growth in these areas. By actively analysing the performance of each member and its suppliers, the group has enjoyed great commitment from all parties involved and used that to expand its market share.

2018: Gert Gerber is CEO at Danish dealer group Office Supplies Denmark (OSD). Sadly, this year saw one member go bankrupt, but the group still has 35 members, 22 of which are shareholders.

Under Gerber’s watch, OSD dealers have continued to expand organically over recent years and 2018 has proved no exception. Traditional office supplies and paper products have decreased in volume, but by focusing on the broader range in other sectors, growth has been maintained.

Gerber believes that further international consolidation among independent dealers is necessary to generate the competitive forces required to improve product ranges and service levels. He states: “Soft money and price focus are not enough to secure our businesses in the future.” He adds that the group is working closely with suppliers to grow sales and purchase volumes and is moving forward with its penetration of the industrial market.

2017: Office Supplies Denmark (OSD) has kept its membership steady during the year at 38, 25 of which are shareholders.

Under Gerber’s watch, OSD dealers have continued to grow organically and he says the first half of 2017 has seen an increase in buying volumes. Following the same pattern as last year, it is the non-traditional OP categories that are flourishing.

An alliance that was due to start this year has been cancelled following Vistaprint’s shift in tactics, although Gerber says the group continues to seek local and international strategic partners.

He adds that the group is working closely with suppliers to grow sales and purchase volume and is moving forward with its penetration of the industrial market.

2016: Office Supplies Denmark (OSD) continues to evolve with CEO Gert Gerber at the helm. The Danish dealer group now has 39 members, 26 of which are shareholders. It’s a number that continues to fluctuate slightly. At the end of this year, for example, bookshop retail member Indeks Retail will leave OSD.

As Gerber says, the ranges and the product focus between the B2B and B2C channels were too different to achieve sufficient synergies. That said, with that loss fast-approaching, the group recently added a new €50 million dealer to its portfolio and more are in the pipeline.

Overall, OSD dealers have been growing organically in the first nine months of 2016. However, adds Gerber, it’s not the traditional office product segments that are growing, but categories such as packaging, tissues and industrial products.

A new strategic alliance with Vistaprint will begin in 2017, and Gerber is keen to explore further strategic partnerships in Europe next year.

Originally Director of the Danish buying group from 2003-2008, he was responsible for gathering four buying groups – Sterno, An-Pack, Star Group and Kofa – together under the one umbrella. During his initial stint, the sales concept Redoffice was also developed.

However, in 2013 Scan Office left the group, along with the majority of Redoffice members, resulting in a big drop in OSD’s purchasing volume.

Dusting itself off, 2014 saw OSD establish a central warehouse and gain a number of new members, making it once again one of the biggest players in the office supply market, managing dealer contracts of around DKK400 million ($59.2 million).

Earlier this year, Gerber was reinstated at OSD as CEO, and he says plans over the coming years will be to optimise the common buying structure, as well as increase the capabilities of new business areas.