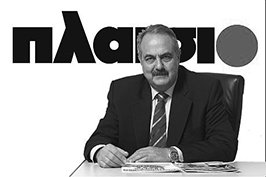 2021: Despite the global health crisis, Greek reseller Plaisio managed to increase sales by 11.8% to €355 million ($411 million) in 2020, even though its physical stores remained closed for about three months during the year. As Chairman George Gerardos said at the time, the company’s long-term strategy – an emphasis on infrastructure investments – was justified and was instrumental in helping it through the crisis.

The increase in sales was due to the strong performance of its online store and call centre. Adapting to this new way of doing business has resulted in a small decrease in gross profit margin, but a rise in the group’s profit before taxes by 20%.

For the first half of 2021, Plaisio recorded revenue of €199 million, a 34.1% increase compared to last year. EBITDA came in at €6.6 million – up 24.1%. These figures, says Gerardos, reflect the expansion of the company’s customer base, especially among medium and large enterprises, and the resulting growth in market share.

Continuing its strategy of continuous diversification, Plaisio entered the category of home appliances in 2019 and achieved 2021 H1 sales increases of almost 150% in this new segment compared to 2020.

2019: This year not only marks the 50th anniversary of Greek reseller Plaisio, but also 20 years since its listing on the Athens Stock Exchange. The company, under the leadership of Chairman George Gerardos, has demonstrated its resilience over the decades and reported relatively stable sales and profitability for the past few years.

While H1 2019 sales were flat at €137.5 million ($150 million), adjusted EBITDA rose 2.2% to €2.8 million. There were some bright spots from the reseller’s most recent results however, including impressive back-to-school revenues which increased by 30%, and Black Friday sales which grew 50% over the previous year. The performance of the office supplies division was also highlighted as it reported sales growth of over 5% and the highest profit margins of all sectors.

With €10 million in investments for its 2019 development plan, two new large-format stores have already been opened, taking its total to three over the course of the past 12 months. The roll-out of a new retail identity in five more stores has also been completed, as well as the implementation of a new technology platform to upgrade its online store. Plaisio also made its entry into the white appliances category at the end of June.

For FY2017, sales were flat at €286 million ($332 million) but on a positive note, EBITDA increased 5.9%. Over the course of the year, the company had an excellent back-to-school season, and its second Black Friday sales doubled from its inaugural year and registered almost two million website visitors. These figures are reflective of an uptick in e-commerce sales in general for Plaisio, which are up 12% year on year.

The restructuring of its Bulgarian subsidiary that started last year has also clearly paid off with an increase in 2017 sales of 15.2%.

Despite Greece successfully exiting from its third bailout programme. Gerardos is under no illusion that the environment remains challenging and competitive. To this end, the reseller will continue to focus on staff training, investments in the business, and upgrading its customer service levels. “We are looking for continuous improvement in our performance by diversifying our product mix,” he also said.

2017: Despite a decrease in consumer confidence and an air of scepticism in macroeconomic terms that characterised the beginning of the year, Greek reseller Plaisio has managed to once again weather the storm.

Under the guidance of CEO George Gerardos, who started the company in 1969, Plaisio concentrated its attention on controlling distribution expenses and improving inventory turnover. The strategy paid off with an improvement in H1 2017 operating profit of 16.6% to €1.8 million ($2.1 million). Sales fell 3.4% to €128 million while EBITDA remained flat at €2.8 million.

The aim this year is to broaden its already wide product range and the supply of international brands, and the inclusion of targeted events within its communication strategy. To this end, Plaisio was the main sponsor of the Athens Science Festival, the technology sponsor of TedX Athens, and the organiser of Gaming Nation – the first Greek 1vs1 gaming e-sports event.

Further afield, the reseller has undertaken the restructuring of its commercial channels business unit in Bulgaria with the complete renovation of the physical store and e-store to bring it in line with its main brand.

2016: George Gerardos continues to successfully navigate his Plaisio group through the choppy waters of the Greek economy. Prudent improvements to the balance sheet and the company’s financial structure have meant that Plaisio has been able to remain largely unscathed following several years of recession and financial instability and uncertainty in the country.

2015 was a particularly challenging year as government-imposed capital controls led to a downturn in consumer and business spending – resulting in Plaisio reporting a year-on-year sales decline of around 8% to €272 million ($297 million) – and the Greek business community entered 2016 under another cloud of scepticism.

Nevertheless, sales have remained relatively stable in 2016 as Plaisio takes market share, especially in the office supplies category where it saw low single-digit growth in the first half of the year, although there has been further pressure on the bottom line. Investments continue to be made in areas such as store refreshes, e-commerce initiatives and distribution efficiencies, and the company recently added the product category of technology toys to its portfolio.

2015: It will not come as a surprise to learn that Plaisio has been affected this year by the economic and banking issues that almost led to Greece leaving the European Union.

Government imposed capital controls led to a major slowdown in business spending in July and August, causing Plaisio’s sales in the third quarter to drop by more than 18%, despite a successful back-to-school season. Nevertheless, a close eye on areas such as costs and inventory levels has meant that Plaisio has remained profitable throughout the year.

George Gerardos says he isn’t expecting an immediate improvement in the economic situation, but is confident in the resilience of Plaisio to ride the storm and to continue to pick up market share.