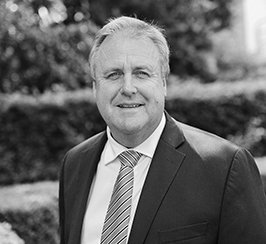 According to Ward, this will ensure dealers have access to the latest technology which will underpin the progressive shift from traditional print-based marketing to targeted digital deployment. The combined digital solution includes IBM’s (now HCL) Websphere, Salesforce Marketing Cloud and Salesforce CRM, along with several custom-developed business intelligence systems that drive the interactions between the platforms.

The software infrastructure is designed to be fully integrated with members’ ERP solutions to maximise efficiency and sales results. Ward says progressive optimisation of the platform has led to significant gains in SEO and SEM sales and puts the group well on the path for final delivery by end of 2019.

This year, Office Brands celebrates its 20th anniversary, and has chosen the mantra ‘Think Differently’ for its October Expo taking place in Adelaide. Here, the group will highlight its focus on helping members to differentiate themselves to enable growth in their business.

2018: Gavin Ward has been in charge of Australia’s largest independent business supplies dealer group Office Brands since 2012. This year, he has been busy building up the group’s marketing expertise with the appointment of experienced marketer Phyabae Leong.

In this position, Leong will direct the marketing efforts and revenue growth KPIs of Office Brands, while collaborating with other departments to provide a unified approach to customer service, sales, distribution, etc.

In terms of its network of dealers, Office Brands earlier this year added former Office Choice Chairman John Donaghy and his two dealership locations, which will trade under the Office National banner within the Office Brands family. This brings the group total to around 200 locations across the country.

In other news, Ward reaffirmed its commitment to the OPANZ (Office Products Australia and New Zealand) buying group, despite the departure of fellow dealer group Office Choice at the beginning of the year.

2017: Gavin Ward is CEO of Australian independent business supplies dealer group Office Brands. It has been an exciting year for the group after forming a strategic partnership with Office Products Depot in New Zealand to licence Office Brands’ database, management and pricing infrastructure in the region and to implement its IBM Websphere e-commerce solution. It has since completed the database side of things and expects to launch up to 20 websites with Office Products Depot before the end of the year.

In September, Office Brands ran a joint annual conference and product expo in Cairns, with participation peaking at over 450, including 68 suppliers from both Australia and New Zealand.

Currently driven by its focus on non-core markets, its back-to-school web solution Booklist – which launched earlier this year – recorded strong sales growth in the Education segment. It also expects to expand its Initiative brand private label range to over 300 SKUs by Q1 next year.

Ward commented: “This will be a key differentiator for our members and embraces a mixed model of direct factory course and partnership with preferred Australian suppliers. This ability to work with both import and local dealers is a very important development for our strategic entry product category.”

However, the market in Australia is becoming tougher given the recent disruption among the big players in the office supplies sector. E-commerce giant Amazon made its debut in the region. Ward said Office Brands was embracing the opportunity to generate sales through the platform, but it expects to contend with additional pressures as the internet giant reaches full swing.

Ward said market trends are not expected to improve in 2018, believing further consolidation among independent dealers to accelerate, especially those which fail to grow the non-core segments of their businesses, or embrace new technology that is sweeping the sector.

The group expects margins to be under continued strain from the increased competition and influence of Amazon as it drives low prices and lifts customer expectations on range and user interface.

However, Ward said the company was ready to benefit from any opportunity that arises from the fallout of the impending Winc/OfficeMax merger and the resulting restructuring.

“We will be looking for more strategic partnerships in 2018 which will enable us to create greater efficiencies in the business and potentially to acquire competencies in new areas to grow our capability and leverage from our existing base,” he added.

2016: Aside from integrating fellow dealer group Office Power Australia into the Office Brands fold over the past few months, CEO Gavin Ward has spent much of 2015 on ‘re-engineering’ the Australian dealer group in his mission to bring technology to its members. Solutions that they can now benefit from include a price matrix tool, endless aisle CRM and automated marketing. The time now, Ward says, is to settle down and make sure that the group delivers best practice within all that technology.

That said, he and his team are most definitely not standing still, having announced a strategic alliance with UK dealer group Integra in May 2016. The alliance kicked off with the signing of a five-year licensing agreement that enables Office Brands to used Integra’s Initiative Office Products brand as a registered trademark within Australia. This will potentially see the Initiative range becoming the group’s new own brand at some stage.

In another collaborative move, Office Brands also continues to be involved in new buying group collaboration Office Products Australia New Zealand (OPANZ), currently looking at the most suitable segments to negotiate under the OPANZ umbrella and reviewing all processes to make sure they are relevant to all partners and to the current needs of its members.

2015: The year has been a year of significant change and investment for Australian dealer group organisation Office Brands.

CEO Gavin Ward says the group pulled apart its marketing focus, created a new brand messaging strategy, and established itself on a new technology base from which it can implement ‘best practice’ capabilities. The overhaul has included the addition of marketing automation, CRM and predictive intelligence software.

Technology has been a huge focus for the group in 2015, and this will continue into next year as the group gets ready to release an upgrade of its website in January.

Ward says that the recent (October) takeover of the Office Power Group has taken its membership to just over 190 members and provides a great base on which to invest for future strategies and technologies that will grow the organisation.