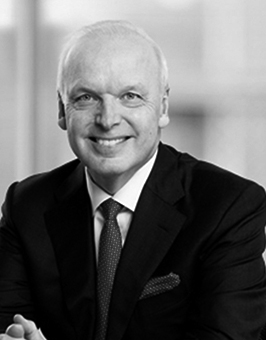 Frank van Zanten first joined Bunzl in 1994 when his family-owned business in the Netherlands was acquired. He was appointed CEO of Bunzl in April 2016.

For more information on Bunzl, read the following:

Bunzl back on acquisition trail

2021: At facilities supplies and foodservice distributor group Bunzl, CEO Frank van Zanten has presided over a strong first nine months of the year, driven primarily by growth in North America.

Bunzl began 2021 with three new acquisitions. In January, the company bought Deliver Net, a healthcare distributor to care home groups in the UK. February saw the purchase of Disposable Discounter, an online distributor of foodservice disposable products. The business operates mostly in the Netherlands, but has recently started to expand across Europe. Bunzl also purchased Pinnacle, a distributor of cleaning and hygiene items in Saskatchewan, Canada.

Two further acquisitions occurred at the end of May. The first was Comax, a distributor to the leisure, janitorial, care home and foodservice sectors in the UK. In the Antipodes, Bunzl completed the purchase of Harvey Distributors, an Australian cleaning and hygiene distributor, with customers in the healthcare, education, foodservice and facilities management verticals.

The tally increased by a further two in August when Bunzl bought two operators in Spain – Proin Pinilla, the country’s largest independent safety distributor and Arprosa, which also supplies PPE to end-users across the country.

Most recently, in September, two firms were added to the Bunzl fold. In the US, it bought McCue, a Boston (MA)-based distributor of safety products which include safety barriers, floor railings and bumpers for use in warehouses and high footfall environments, spanning sectors such as grocery and e-commerce. The business has operations in Massachusetts, Texas and California, as well as in the UK and other international markets.

The second acquisition in the month was MedShop, an online distributor of medical supplies and devices to a diverse range of healthcare customers, mainly in Australia and Singapore.

In terms of financials, total company revenues in H1 were £4.87 billion ($6.74 billion), up by 2.8% on an underlying basis versus last year, and an increase of 5.7% compared with 2019. Adjusted operating profit was £367 million ($508 million), up by 14.7% year on year at constant exchange rates. North America sales were up by 41%. In contrast, adjusted operating profit in both UK & Ireland and Continental Europe was down by around 22%.

2019: Frank van Zanten, CEO at foodservice and facilities supplies distributor group Bunzl, has overseen a resilient performance from the company in the first half of 2019, against a backdrop of slowing macroeconomic and market conditions in the countries and sectors where it operates.

Group sales in H1 were £4.53 billion ($5.5 billion), up 1.2% year on year at constant exchange rates, with an underlying organic growth rate of 0.7%. In its largest market of North America (58% of total sales), Bunzl’s H1 revenue was £2.63 billion ($3.18 billion) as underlying organic sales edged up by 0.1%, helped by the growth of the region’s safety business during the period.

Bunzl has continued to invest in the safety sector with the February 2019 acquisition of Liberty Glove & Safety, a provider of a broad range of gloves and other personal protection equipment to smaller distributors across the US. The group also acquired Volk do Brasil, a Brazilian PPE equipment distributor that supplies redistributors and end users in a variety of market sectors.

In Europe, the company has continued its growth strategy with an acquisition in Denmark. Located in Copenhagen, CM Supply is a distributor of own brand and customised foodservice disposables and packaging to customers operating in the hotel, restaurant and catering sector.

In separate news, in June this year, former Corporate Express CEO and Staples International President Peter Ventress was named to the Bunzl board – he will take over as Chairman next April.

The year saw Bunzl adding 15 new businesses to its portfolio, with M&A spending of £616 million reaching an all-time high. In January, the group acquired California-based PPE designer Revco, which specialises in the welding and industrial sectors throughout the US. It also bought UK-based catering supplies distributor Aggora Group. The company further confirmed that the acquisition of disposables and health products specialist Talge had been completed following clearance by the Brazilian competition authority.

In August, Bunzl announced the acquisition of Enor, its first business in Norway. The Oslo-based catering equipment supplier has 11 locations across the country and last year reported sales of NOK294 million ($35.2 million).

2017: Frank van Zanten has been Bunzl CEO for 18 months and during that time has embraced former CEO Michael Roney’s organic and acquisition growth strategy. With still a few months of 2017 to go, Bunzl has already spent almost €550 million ($714 million) on acquisitions this year – a record for the company. Still, it can afford to with H1 revenues (ended 30 June) up 7% in constant currency to €4.12 billion.

In March this year, Bunzl beefed up its outsourcing operations in the US with the purchase of Diversified Distribution Systems (DDS). With operations in Europe, the Middle East and Asia, in addition to its main business in the US, Minnesota-based DDS will help expand Bunzl’s outsourcing business globally.

High on the agenda for acquisitions are jan/san and safety/PPE businesses. The past year has seen an acceleration in the number of companies Bunzl has bought in these two categories across all geographic areas where it operates. This is particularly clear in North America, its largest market. Not only has the company been snapping up cleaning and hygiene businesses in Canada, but in a bid to boost jan/san trade in North America opened a central warehouse in 2016 in the north-east of the US. Jan/san and the safety/PPE categories are currently Bunzl’s third and fourth biggest market sectors (12% and 11% respectively).

Van Zanten continues to have ambitious plans and Asia is very much on his radar following two acquisitions on the continent earlier this year. Bunzl kicked off 2017 by buying Singapore-based LSH, a €5 million distributor of PPE; this was followed in August when the outsourcing and distribution giant announced its arrival in China by acquiring Shanghai-based PPE firm HSESF.

There are still more acquisitions in the pipeline, so watch this space.

2016: Frank van Zanten was appointed CEO of Bunzl in April 2016 following over ten years as Managing Director of the company’s Continental Europe business and time spent as CEO of PontMeyer NV (2002-2005), a listed company in the Netherlands.

He first joined Bunzl in 1994 when his family-owned business in the Netherlands was acquired, and subsequently assumed responsibility for a number of businesses in other countries.

The impact of acquisitions continues to be positive on the company’s results, as it reported sales for the six months to 30 June were up 6% in constant currency to £3.5 billion.

Looking forward, van Zanten will focus on further expansion of the group, continuing investments in IT and digital projects and intensifying the sharing of best practice. In addition, with a strong balance sheet and an active pipeline of acquisitions, Bunzl expects to complete more transactions during the rest of 2016.